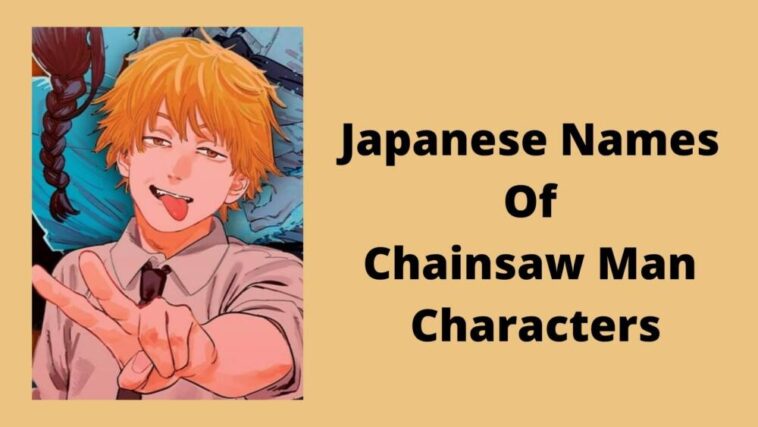 寻找 电锯男》中人物的日文名称? Check out below if you’re a true Chainsaw Man fan! Read further to know more about them.

Chainsaw Man is a Japanese comedy horror and dark fantasy manga series written by Tatsuki Fujimoto which was adapted into an anime series directed by Ryu Nakayama.

The storyline of Chainsaw Man focuses on a diabolical world where devils are created by human fears. Devils in this world are dangerous and incite fear among humans.

However, there are humans who make pacts with the devils and use their power for their benefit. There are also hunters among humans who are called Devil Hunters.

The Japanese title of the Chainsaw Man series is written in katakana letters (チェンソーマン) which translates to “Chainsaw Man” in English.

If you’re a fan of manga series and want to know the Japanese names of characters from Chainsaw Man then read further down below.

Denji has a slender appearance and protruding ribs which is a result of malnutrition he suffered as a kid. He has messy blonde hair, tired brown eyes, and sharp, angular teeth. He usually wears his Public Safety Devil Hunter uniform which is a formal white shirt with a black tie.

Denji is crazy and has a childish personality who doesn’t care much about anything. His name is written in katakana letters (デンジ) and has no specific meaning.

Pochita is one of the main characters from the Chainsaw Man manga and anime series. Pochita is presently the Chainsaw Devil who symbolizes the fear of chainsaws.

He was also the previous Chainsaw Man before Denji took on the title and Pochita is currently Denji’s heart.

Pochita as a devil had the characteristics of a dog and he usually barks and whines at people to incite fear. After becoming the heart of Denji, Pochita was able to communicate with Denji through dreams and thoughts in his mind.

He always guides Denji in his day-to-day activities. Pochita as a devil was more vicious and would murder anyone instantly. However, after Denji saved Pochita he grew more caring toward him and decided to become his heart.

Pochita’s name is written in Japanese (ポチタ) and has the first kanji (ポチ) “Pochi” which is a pet name for dogs and the last kanji (タ) “Ta” which is a popular ending for boys’ names in Japan.

Makima is one of the characters from the Chainsaw Man series. She works as a high-ranking Public Safety Devil Hunter and as the series progressed she was exposed as the Control Devil. The Control Devil is a devil that symbolizes the fear of control.

She also served as the main antagonist of the Public Safety Saga of the Chainsaw Man series.

She’s a beautiful woman with an extraordinary figure. She has light red hair, yellow eyes, and red rings inside the eye which symbolize her devil side.

Although being a beautiful woman, Makima is extremely manipulative towards Denji who she treats as her pet, and falsely promises him a romantic relationship if he obeys her.

Her main goal in life is to control the Chainsaw Man and use his powers to create her own world. Makima’s name is written in katakana letters and hence has no particular meaning.

Hayakawa Aki is one of the major characters from the Chainsaw Man series. He’s one of the Public Safety Devil Hunters working for Makima’s Special Squad.

Hayakawa Aki has had contracts with several devils such as the Future Devil, Curse Devil, and the Fox Devil. Aki was later murdered and possessed by the Gun Devil and eventually became the Gun Fiend.

As a human, Aki was a handsome man with a topknot hairstyle and blue eyes and he usually wears his Public Safety Devil Hunter’s uniform. As a devil, Aki had the appearance of the Gun Fiend who has loose hair and dark veins appearing on his eyes and forehead.

Quanxi is one of the key characters from the Chainsaw Man series. Quanxi’s name in Japanese is pronounced as “Kwanshi” and her name is written in katakana. She’s the First Devil Hunter who’s from China.

She’s also a half-human and devil hybrid. As a human, she has a tall stature with white hair and she wears an eye patch on her right eye.

As a hybrid, Quanxi has a malicious form with sharpened teeth on her head and horn-like tentacles appearing from all the sides of her body. She uses this feature to ruthlessly attack her opponents. Her main mission in life is to take away Denji’s heart which is Pochita.

Power is one of the key characters from the Chainsaw Man series who’s also one of the Public Safety Devil Hunters working under Makima’s Special Squad. She’s the Blood Fiend and was raised by Makima herself.

Eventually, Power became one of their friends of Denji. Since Power is an English name it’s written in katakana letters.

As a fiend, Power has red horns, red and yellow eyes, and sharp fangs like a vampire. As the Blood Devil, Power has a humanoid white body with large four arms, sharp teeth, and circular eyes with cross pattern pupils.

In her Blood Devil form, her chest cavity is completely visible showing all her organs up to her neck. She has a greedy attitude and wants to win all the fights with her enemies.

Pingtsi is one of the key characters from the Chainsaw Man series. She was one of Quanxi’s friends and also her harem member. She has dark black hair styled in a long ponytail like an eel with bangs on her forehead and the sides.

Being one of Quanxi’s harem members she usually tries to please Quanxi and earn her appreciation. She has a nonchalant attitude and just likes to talk for fun.

She has a few supernatural abilities like using her elongated hair as a monocle to monitor what contracts the Devil has with the humans. Pingtsi is also a fiend hence she can make over her health by consuming enough blood. Her name is written in katakana and in Japanese she’s called Pintsui.

Long is one of the characters from the Chainsaw Man series who’s also one of Quanxi’s friends and harem members along with Pingtsui and Tsugihagi.

Long is tall and has dark red shaggy hair that’s about her shoulder length. She also has two red horns on her head which indicate her devilish nature.

She also has a set of physical and supernatural abilities such as fire breathing which lets her breathe out huge balls of fire out of her mouth. In addition, she has the ability to revive when killed and her revival form is an immortal devil in hell.

Since she’s also a fiend she can consume blood to restore her health. Long’s name is written in katakana and her Japanese name is Ron.

Tsugihagi is one of the key characters from the Chainsaw Man series. She’s one of Quanxi’s friends and her former harem member. She’s also a fiend like other harem members such as Pingtsui and Long.

Tsugihagi has pale skin with stitch marks all across her face and body. She has short green colored hair and yellow eyes with black spots.

Tsugihagi rarely speaks and has undying loyalty towards Quanxi and her harem members. Her abilities are yet unknown but since she’s a fiend she can rejuvenate her health by consuming blood. Tsugihagi’s name is also written in katakana hence has no particular meaning.

Cosmo is one of the devils in the Chainsaw Man series. She’s also known as the Cosmos Devil or Cosmos Fiend. She’s also one of their loyal girlfriends of Quanxi.

She has short hair styled into pigtails, heart-shaped pupils and one side of her head is missing which causes her brain to hang down.

Cosmo usually smiles but she doesn’t expose any emotions other than that. She only utters the word “Halloween” and has unbound love towards Quanxi. Cosmo has a carefree attitude and is usually happy when things go her way.

Since Cosmo has an English name, her name is written in katakana and is pronounced as Kosumo in Japanese.

What is Chainsaw Man’s Japanese name?

Chainsaw Man is a comedy horror and dark fantasy Japanese manga series which was written by Tatsuki Fujimoto. The Japanese name of the Chainsaw Man series is written in katakana (チェンソーマン) and is pronounced as “Chenso Man” in Japanese.

Is Denji a Japanese name?

Denji is the main protagonist of the Chainsaw Man series who’s half-human and half devil. He’s also the Chainsaw Man and official Devil Hunter. Denji is a Japanese name but it’s written in katakana letters hence it doesn’t have a specific meaning.

Is Denji the Chainsaw Man? 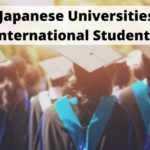 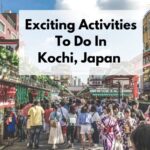