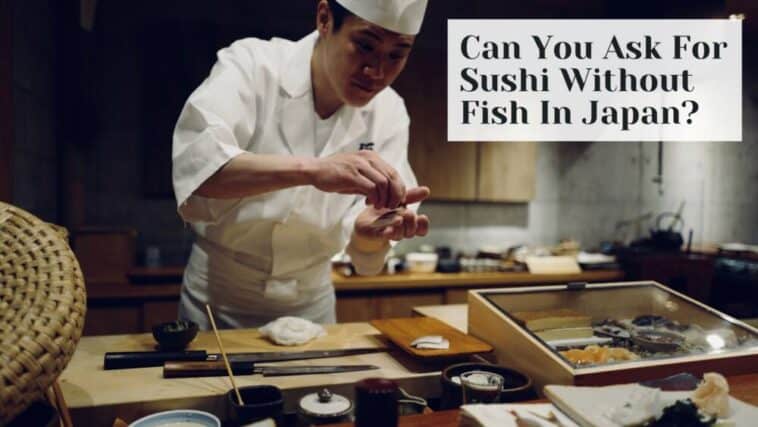 Don’t like raw fish but wanna try sushi in Japan? Can you ask for sushi without fish in Japan? Find out here!

When talking about Japanese cuisine, it’s impossible not to mention sushi and when you visit Japan, it’s one of the dishes that you must try. Sushi can be found virtually anywhere in Japan from convenience stores all the way to 5-star restaurants.

The reason why sushi could be bought anywhere in Japan is because of the convenience that it brings and how easy it is to eat. The locals can eat it on the go and match with their busy schedule and lifestyle, or enjoy it in a restaurant for a nice dinner.

Nowadays, modern cuisine has given a new twist to traditional Japanese sushi and in this article, we’ll talk about whether you can ask for sushi without fish or not in Japan.

Can You Ask For Sushi Without Fish In Japan

Japanese Cuisine Culture As A Whole

Japan is known to have amazing food and it shows with its global popularity and influence to other countries as well. You’ll see sushi, 拉面, udon, and other delicious Japanese meals in neighboring countries like South Korea and Western countries as well like the United States.

Japan is known to have quality fish since the country is surrounded by crystal clear seas and oceans. In our previous article, we discussed the different famous fishes found in Japan.

Since Japan is known to have amazing and fresh fishes, it’s safe to say that it’s a must to have in sushi or 刺身. The freshness of these different types of fishes makes it optimal to eat raw or just seared a little so that the freshness is still intact.

This is why the common sushi dishes that you see everywhere in Japan have a type of meat, commonly fish, that accompanies the other ingredients. This is the sushi that the whole Japanese population grew up with and got familiar with.

As mentioned earlier, Japan is known for having fresh and delicious fishes that are used for traditional dishes like sushi and sashimi. A few common names of fishes caught in Japan are salmon, mackerel, and tuna.

Japan’s abundance in fresh fish reflects on the amount of times it is used in their traditional cuisine which is why it’s one of the most common ingredients used in famous dishes like sushi, sashimi, buri daikon, miso-zuki salmon, and many more.

Modern Japanese Cuisine As A Response To Veganism

Despite all of this, modern cuisine has made strides to include a demographic of people that doesn’t eat meat. They found a way to incorporate veganism with Japanese cuisine so that people can still enjoy Japanese delicacies like sushi without the fish or the meat.

You can definitely ask for sushi without fish in Japan and these are commonly known as plant-based sushi options that are getting more and more famous among the Japanese people and it tastes almost the same with traditional sushi too.

One famous variant is the avocado roll and the avocado is basically used as a literal substitute to the fish. A chunk of ripe avocado is placed alongside typical sushi ingredients like rice and served as is.

Another substitute to fish is the cucumber rolls and it’s more of a lighter bite because the alternative to the fish here is cucumber. Just like the avocado rolls, the ingredients alongside the cucumber are just the same like how you see in traditional sushi.

Lastly, pickled ginger is also used as an alternative for the traditional fish in the sushi although not very popular.

Compared to Western countries like the United States, vegan or vegetarian eating isn’t as popular in Japan but they are making strides in making sure that vegetarians and vegans can still eat well in Japan.

Japan is also starting to pick up on vegan and vegetarian eating when a 2019 survey was conducted by the Japan Meat Information Service Centre. It was found out in the survey that 50% of the Japanese population are aware of meat alternative products that they can consume.

A whopping 60% of the respondents also said that they are willing to switch to plant-based products as an alternative to meat if it will be better for their health in the long run and for the planet.

The growing awareness of the Japanese people with vegan and vegetarian eating has paved the way for more variants of famous and traditional food found in Japan like sushi. There are other dishes that cater to vegans and vegetarians as well that we can talk more about in another article.

Do’s And Don’ts When Eating Sushi In Japan

Can You Ask For Sushi Without Fish In Japan

With the new dishes that modern cuisine is bringing alongside vegan or vegetarian diets, you can definitely ask for sushi without meat or fish in Japan. It just goes to show the level of inclusivity that Japan has for everyone to enjoy their culture and cuisine.

Unfortunately, it may be harder to find compared to traditional sushi, but give it some time and it’ll be more accessible for everyone to try just like how you would order and eat a normal sushi.

We hope that this article has been helpful in determining whether you can order or ask for a sushi without fish in Japan or not.

See you in our next posts! 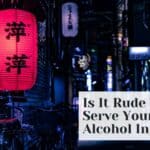 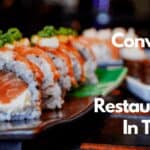