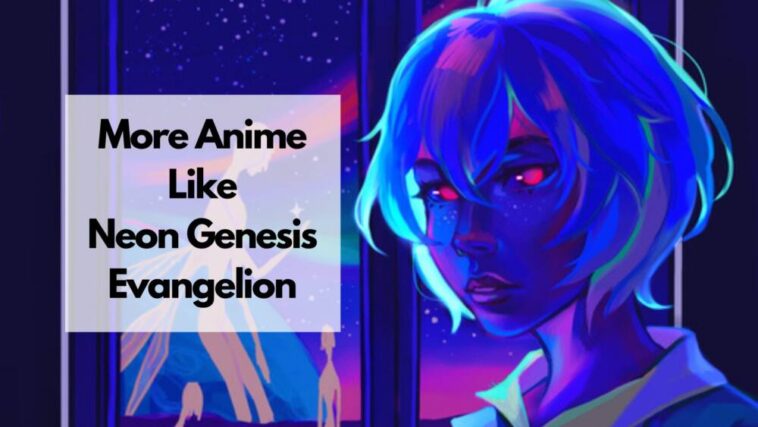 Neon Genesis Evangelion is a mecha anime series directed by Hideaki Anno and was released in the year 1995.

It’s one of the best anime to be ever made that even after two decades no other anime has made an equal impact. The storyline of this mecha anime introduces a post-apocalyptic world where Tokyo is a futuristic city.

The protagonist of this anime is a teenage boy named Shinji Ikari. He’s summoned by his estranged father, Gendo Ikari who’s the director of an organization called Nerv. Nerv is an organization that manufactures bio machines called Evangelion.

The Evangelion bio machines are synchronized to the human nervous systems and they are the only hindrance to the Angels from destroying humanity.

Sinji goes on a heroic journey where he meets several people and overcomes complex challenges to save humanity.

This anime features a dystopian post-apocalyptic city where human civilization is on the brink of extinction. In this environment, adults and children live separately. Adults live in a technologically advanced city and have immortal lives.

The adults are almost emotionless and have no desire for each other and procreation is absolutely nil.

Meanwhile, the children are born in artificial wombs and are called ‘parasites’. The only purpose of the parasites is to pilot Franxx which are giant robots that help defend humanity from huge monstrous creatures called Klaxosaurs.

The parasites reside in an isolated environment called bird cages and have short life spans. A male parasite is called a stamen and a female parasite is referred to as a pistil. Parasites are paired into stamen and pistil to operate a Franxx.

The protagonist of this anime is a parasite male named Hiro who’s an ex-pilot candidate. Hiro and nine other people get assigned to an experimental squad to operate the Franxx.

While in the squad Hiro finds it unable to synchronize with his partner to operate the Franxx and hence they both fail the training exam.

After Hiro skips the squad’s graduation ceremony, Hiro comes across Zero Two who’s a highly qualified Franxx pilot. Zero Two is a female parasite that has Klaxosaur blood and other diabolical features like red horns.

She’s also known as the Partner Killer who’s infamous for killing her previous Franxx partners. Despite the controversy, Hiro decides to become her partner.

To know what happened next watch Darling In the Franxx. This anime aligns very well with Neon Genesis and features similar aspects like mechas and dystopian worlds.

Code Geass is another mecha anime that has a similar storyline to Neon Genesis. The protagonist of this anime is a boy called Lelouch Britannia who’s the son of the emperor of Britannia, Charles Britannia.

Lelouch was a small boy when he witnessed the death of his mother in the castle. His sister also turned blind after witnessing their mother’s death. Lelouch who was severely depressed after the tragic events grew and furious at his father for not caring about their family.

Hence, Lelouch was exiled from the kingdom and sent to Japan where he lived as an ordinary child and studied in a high school.

When Lelouch was studying in high school, Japan was captured by the Empire of Britannia by the use of vast robots called Knightmare. Japan was renamed Area 11 and the citizens were called 11s.

Lelouch had an undying vengeance against the empire and pledged to his friends that he would destroy Britannia.

Things take a turn for Lelouch when he skips school and goes to play chess and gamble. There he meets a group of terrorists who are arrested for stealing a military secret.

Among the terrorists is a young immortal witch called C.C who offers Lelouch the power of Geass which makes anyone follow his commands. Lelouch manages to make his way into the empire’s elite force Knightmare and proceeds to avenge the death of his mother.

Although Code Geass is a mecha anime like Neon Genesis, it features the emotions of a young man and how he attempts to end the tyrannical rule.

Attack On Titan features a world where humans live in a city that is surrounded by enormous walls to protect themselves from the giant humanoids. These humanoids are called Titans and they feed on human flesh.

This anime revolves around a boy called Eren Yeager who lives in a town known as Shiganshina. The walls in his city are breached by two titans who destroy his city and eat his mother. He promises to destroy all titans and avenge the death of his mother.

To fulfill his promise he joins the military with his childhood friends, Mikasa and Armin. He decides to join the Survey Corps in the military which is a special force that operates to prevent the titans from entering through the walls.

Five years after Eren joins the military, another titan attacked the wall and the Survey Corps rush to defend their city. During this event, Eren learns that he has a strange ability that helps him to turn into a titan. When the Survey Corps realize Eren’s power they plan to use him for their benefit.

They help Eren to learn to control his power and build the demolished walls. During his learning process in the military, he comes across a female military officer called Annie Leonhart who also has the ability to turn into a titan.

Will Eren be able to use his new power for good and avenge his mother’s death? Watch Attack On Titan to find out more. Although this isn’t a mecha anime it has the aspect of saving humanity from a deadly threat.

RahXephon is anime series directed by Yutaka Izubuchi. The storyline of this anime is about how Tokyo is invaded by multi-dimensional beings called Mulians.

The Mulians or Mu have similar aspects of humans and are visually indifferent to humans. The only way to identify a Mu is with their genetic marker which is called the Mu Phase.

This is the phase when Mu become mature and their blood turns blue and they begin to suffer from memory loss revealing their true identity.

The story begins with Mu cities floating above Tokyo and a war escalates between Mu and humans causing Tokyo and its suburbs to be covered with a barrier. After the barrier covers Tokyo, it’s renamed, Tokyo Jupiter.

The barrier has a time dilating effect that causes the time in Tokyo to pass slower than the rest of the world. This allowed the Mu to take control of Tokyo and execute their secret operations.

The protagonist of this anime is a teen boy called Ayato Kamina. Ayata has a mecha called RahXephon which he can control. Ayato’s fate changes when Tokyo falls to the Mu.

Ayato meets a mysterious woman who stalks him and he eventually realizes that it’s Haruka, his lover who came to Tokyo Jupiter from the outer world. Ayato realizes that Haruka is much older than him due to time passing slowly in Tokyo Jupiter.

Will humanity survive in Tokyo Jupiter? Watch RahXephon to know what happened next. This mecha anime will make you feel like watching a sequel of Neon Genesis as it both have so much to relate with.

Ergo Proxy features a post-apocalyptic dystopian future after Earth was faced with an ecological disaster. In the city of Romdeau there are homes built in the shape of domes.

Living in these domes are humans and androids called AutoRiev who coexist peacefully. The humans living in the domed cities are unable to reproduce naturally and hence babies are grown in artificial wombs.

Situations in Romdeau get tense when the androids become affected by a virus called Cogito which causes them to become self-aware. This causes the androids to massacre humans brutally.

These events concern the government of the Romdeau city and they begin to conduct secret experiments on humanoid beings called Proxy. The Proxies are immortal beings and they are the only key to human survival.

The protagonist of this anime series is a woman called Rayer. She’s assigned to investigate the murders committed by her AutoRiev partner Iggy.

She learns about mysterious events about the Proxies and also faces many challenges.

Similar to Neon Genesis, this anime looks upon the aspect of human survival from other deadly threats.

What anime should I watch if I like Neon Genesis Evangelion?

Some of the anime like Neon Genesis Evangelion are Darling In The Franxx, Code Geass, Attack On Titan, RahXephon, Ergo Proxy.

How many episodes of Neon Genesis Evangelion are there?

There are 26 episodes in Neon Genesis Evangelion.

Why is Neon Genesis Evangelion popular?

Neon Genesis is quite popular for its action scenes between the mechas and Angels and its story plot which attracted several fans for the show. 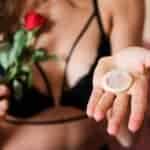 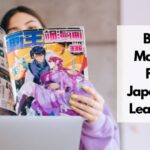