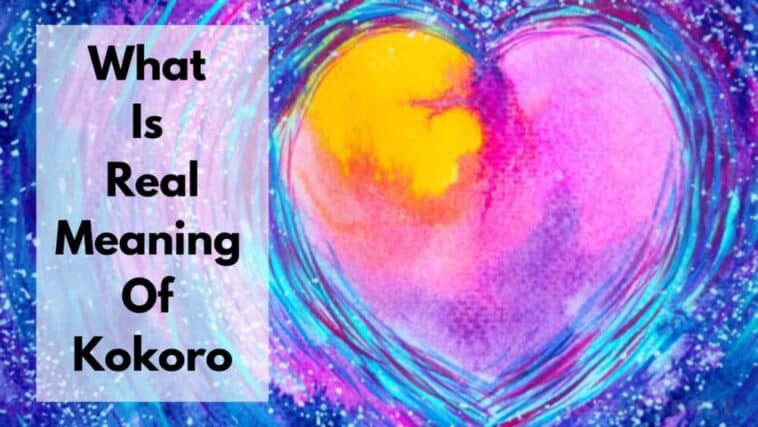 Wondering what is the real meaning of Kokoro? Here’s a detailed explanation of the Japanese word kokoro.

There are millions of words in the Japanese language that many people want to know the meanings of. While some Japanese words have conclusive meanings, some have two or more meanings.

And there are also a couple of Japanese words that can mean something and yet be perplexing to understand.

One such word is “ココロ” which is a word of Japanese origin that possibly means “heart” in English. Although the widely accepted English translation of Kokoro is heart, there are some divisive facts that prove that Kokoro can have a much deeper meaning.

Or it could be a subjective word that people can use at their will to fit their expressions and sayings.

If you’re already intrigued to know what mysterious meanings lie ahead of the word Kokoro then you’re in the right place.

We’ve brought you every possible meaning of Kokoro, make sure to check it out down below!

Kokoro is a Japanese word that may seem simple to pronounce but it’s definitely one of those words that have a deep meaning to it.

The most popular English meaning for Kokoro is heart, although the heart can be an acceptable meaning, it’s not the only meaning a word like Kokoro can have.

By heart, we don’t mean the literal human heart, but the conscience most of us refer to as the heart. Kokoro can also mean the human mind, soul, conscience, or anything that makes a human a human.

The word Kokoro is written in the Japanese ideogram as (心) and what’s interesting about this ideogram is that its meaning can alter depending on the context it’s used in.

For instance, Kokoro (心) can mean the soul, spirit, or mind. Kokoro is a Japanese noun word that’s also mostly used in movies, anime, songs, and what not to refer to the heart or mind of a person.

If a person wants to compliment someone for a good action they’ve committed then they can generally say (いい心) “I Kokoro” which means “Good heart” in English.

The expression actually hints that the person has a good heart as in compassion and concern for another person.

On the contrary, when someone does something unacceptable and cruel then the Japanese people would refer to that person as someone with a spoiled heart (甘やかされて育った心) which is pronounced as “Amayakasa rete sodatta kokoro”.

Is Kokoro A Word Of Japanese Origin?

A lot of people think that Kokoro is a word of Japanese origin which is not quite true because Kokoro is originally a Chinese word.

The Chinese character 心 which means Kokoro was written like the human heart and the very idea of using the character for the metaphorical heart also began then.

Besides, the character looked similar to a human heart, the Chinese people also presumed that any psychological functions and emotions like love, care, honesty, compassion, humanity, etc came from a person’s heart.

In other words, the Chinese believed that the heart was solely responsible for a person to be who they are and act according to their inner mind and conscience.

Hence, the character 心 (Kokoro) was used by the Chinese to refer to several concepts of a person’s inner self like mind and soul.

This idea was also derived by the Japanese as they also believed that someone’s heart actually depicts their true intentions and colors. As a result, the Japanese people also began using the Kokoro character to refer to any human emotions that come from the heart or mind of a person.

Correlation Between Heart and Mind

Are the Japanese and Chinese the only people to believe that the heart has a correlation with several human emotions and intentions?

Pretty sure they aren’t the only ones because the concept of having a good heart makes one a good human is a universal idea that’s believed by most people across the world.

It may seem like we’re getting philosophical here but there are countless instances where most humans relate their actions, be they right or wrong, to their intentions and conscience.

Now intentions and conscience are only internal to a human being’s self and everybody believes that their own heart is responsible for their intentions and actions.

The human mind on the other hand is responsible for making decisions and being intellectual. While the mind can make any decision it wants, it’s the heart that lets a person choose to act upon it.

That’s why many people fall in love without realizing it and are willing to do anything for their loved ones although their mind has made a different decision.

リード  5 Different Ways To Say I Love You In Japanese

With that being said, Kokoro can either mean mind, heart, or soul in English but to the Japanese people, Kokoro is more like a word that unifies both the heart and mind and doesn’t differentiate between them.

The inability to find a perfect translation for the word Kokoro has made the non-Japanese speakers come up with the heart and mind concept although the Japanese people see both as one.

Alternative Words For Heart In Japanese

Kokoro is one interesting word for heart in Japanese but that’s not the only word that refers to the heart, mind, and soul of a person. Another popular Japanese word that has the same meaning as Kokoro is “Ki” which is written in Japanese ideograms as 気.

The word “Ki” (気) is often used by the Japanese people when asking how one person is doing and feeling. Ki is generally used when conversing with someone about feelings, emotions, spirituality, and intentions.

This gives us an understanding that the word was derived from the notion of how a person’s heart is behind a person’s state of mind.

If you wish to learn more Japanese words that can be used instead of Kokoro or Ki then make sure to check out our list of alternative words for heart in Japanese below.

Most of these words have meanings additional to heart yet they can still be used to refer to heart, mind, or soul in a metaphorical context.

When And How To Use The Word Kokoro

However, the Japanese or Eastern traditions believe the heart, mind, and soul to be one hence the word Kokoro is used to refer to all of them in most contexts. Therefore, let’s learn how Kokoro can be used in different circumstances.

What is Japanese Kokoro?

Kokoro is a Japanese word that’s written in Chinese characters as 心. Kokoro in Japanese means heart in the English language. The word Kokoro can also be translated to mind, soul, and spirit in English. Kokoro is often used by Japanese people to speak about a person’s feelings, intentions, conscience, and spirituality.

What does Kokoro mean in English?

Kokoro is a word of Japanese or Chinese origin and when translated to English it means heart, mind, soul, or spirit. The widely accepted English translation for Kokoro is the heart. However, the word Kokoro can also be used to refer to the human mind and soul.

What is the difference between Kokoro and Shinzou?

Kokoro and Shinzou are both Japanese words that have the same meaning and in English, they mean the heart. While Kokoro refers to the metaphorical heart which is the mind, conscience, or spirituality of the person, Shinzou refers to the anatomical heart. Therefore, the word Kokoro can only be used when referring to the mind and soul of a person and not the heart organ.

How do you say Kokoro in English? 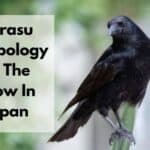 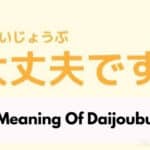