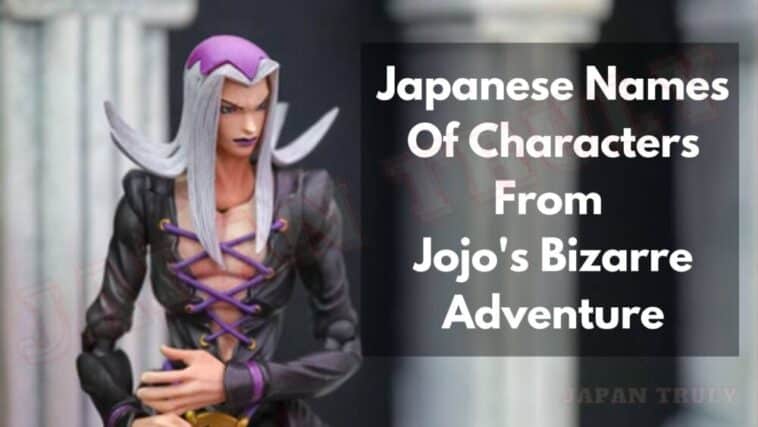 Here are Japanese names of characters from JoJo’s Bizarre Adventure. Check it out!

JoJo’s Bizarre Adventure or  JoJo no Kimyō na Bōken, is a well-known manga series illustrated and written by the great  Hirohiko Araki. This popular long-running series features the generations of the Joestar family starring JoJo, the protagonist and hero of the series.

It all started way back in the 19th century when the Joestar family adopted Dio Brando, an evil and narcissistic young man  who secretly plots to take over the family.

However his plans get interrupted by the son of the Joestar family named Jonathan Josestar.he is a noble and kind young individual  Dio turns into a vampire with the help of a powerful cursed stone mask. Their fight and constant battles soon lead to the death of their father.

The feud continues even after Jonathan’s death and his grandson Joseph Joestar takes over after his granddad.

Here are the top Japanese names of characters from Jojo’s Bizarre Adventure:

He is the main protagonist of JoJo’s Bizarre Adventure  first series called Phantom Blood. He is the son of wealthy businessman George Joestar I and Mary Joestar. His legacy continues throughout the series with his descendents being Joseph

Joestar and Jotaro Kujo. he is a kind, honest and positive man whose life gets disrupted after meeting his adopted brother Dio Brando.

He is the main antagonist of the series and also known as DIO. He is a vampire and Stand user and is responsible for many disastrous events in the series like the death of Jonathan Joestar. His son is Giorno Giovanna, the protagonist of Part 5.

He is violent, manipulative, dominating and lacks empathy and a conscience.

He is the secondary antagonist of the series featured in Phantom Blood. He joins Dio as a faithful servant after being transformed into a zombie. He is an elderly Chinese man and is short and scrawny. His hair is firm and spiky, he has a small mole under his eye and has long eyebrows.

He is a street thug and hot blooded businessman and is a core ally featured in Phantom Blood. He has the ability to recognise the personality of people which is why he could recognise Jonathan’s noble spirit. His attire consists of a dark three piece suit, tie and hat.

Also known as Baron Zeppeli, is the deuteragonist in The Phantom blood series. Hailing from Italy, he is a Ripple master who becomes Jonathan’s mentor and helps him fight against Dio brando by teaching him the art of Ripple.

He has an eccentric personality but is very brave, confident and courageous. His attacks include a Zoom Punch, Sunlight yellow Overdrive, Ripple cutter and Sendo Wave Kick.

He is an antagonist in the Battle Tendency series and a former Ripple Master. In Phantom Blood, he is an ally of Jonathan and later becomes a vampire to gain eternal youth.

After he becomes a vampire, he has the ability to use the Space Ringer Stingy Eyes which is a powerful shot from the eyes that has the capacity to penetrate human skin.

She is the love interest of Jonathan and eventually becomes his wife. She is a beautiful, fair skinned blond hair girl with blue eyes. She is a gentle and polite lady who cares deeply for Jonathan. Her son is George Joestar II and Joseph Joestar is her grandson.

He plays a minor character in Phantom blood and is the father of Dio Brando. He is an abusive alcoholic elderly man. He has a tattoo on his chest with a cross. He was hated by his son and is the primary reason for contributing to the evilness of his son.

He is a powerful knight who was resurrected as a zombie and is a minor antagonist in the Phantom Blood series. He has an athletic stature and is always seen wearing metal armor.

His strength is multiplied as a zombie and he is a good fighter. His powerful weapon is his hair which he uses for battle called Danse Macabre Hair or Death hair sword dance.

He is the hero and main protagonist of the Battle Tendency series. He is also an ally of the Part 3 and 4 series too. He is the second JoJo of the series and is a natural born Ripple user and eventually becomes a Stand User too.

Her real name is Elizabeth Joestar and is the mother of Joseph Joestar. She is a core ally and a powerful Ripple master.

She acts a mentor to both Joseph and Caesar Zeppeli and is very courageous in facing the Pillar Man without any fear. She is a beautiful, fit, elegant  and poised woman.

Also known as Suzi Q Joestar is a minor character in the Battle tendency series, She is the love interest of Joseph and eventually becomes his wife. She is Lisa Lisa’s servant and has a very carefree personality.

She has strong faith in her husband as she feels he never fails her and is always there for her.

He is a core ally in the Battle Tendency series and is aweel built individual who is often seen wering an entire attire of Nazi military clothing. He is introduced as a Nazi officer in the series who was experimenting and researching on the Pillar Man Santana.

He is the deuteragonist in the Battle Tendency series  and who is an Italian Ripple and a faithful disciple of Lisa Lisa. He battles the Pillar Man alongside other allies with a lot of dedication. He has a trademark accessory: a thin and long headband with two feathers on each side of his head.

The Pillar Men are a very powerful trio of ancient super humanoid beings that are extremely strong and have the ability to manipulate their bodies to a fine degree. They are vulnerable to the Ripple and Rays of the sun.

Though they may look similar to humans, their physiology is very different and they have horns on their forehead. They have very long life spans and have advanced intelligence and enhanced senses. In the series the members are Kars, Esidisi Wamuu, and Santana.

He is the hero and main protagonist of the Stardust Crusaders which is the third part of the Jojo Bizzare Adventure Series. He is the third Jojo and is the grandson of Joseph Joestar.

He has a kind hearted spirit and lives a normal life until his family’s old nemesis Dio returns. He also embarks on a journey with his grandfather and other allies to save his mother’s life and defeat the vampire once and for all.

He is one of the most beloved characters of the series and is able to hold the powerful Star Platinum.

He is the hero and main protagonist of the Part 4: Diamond is Unbreakable series. He is the eight Jojo and is a young individual who suffers from retrograde amnesia. He works hard to discover his original identity and those who were associated with him.

He is the minor character of Phantom Blood series and is the beloved pet of Jonathan Joestar.

Even though he was timid and fearful, he dies at the hands of Dio Brando and will stop at nothing to protect his childhood best friend Jonathan. He is white with black spots and is a very cheerful playmate.

What is the Japanese title of the series?

The Japanese title is known as JoJo no kimyō na Bōken (ジョジョの奇妙な冒険) and is the exact translation to the English title.Kimyouna (奇妙な)  means Bizarre and Bouken (冒険 ) means an adventure.

Why is the name JoJo written in Katakana?

‘JoJo’ is the nickname given to the Joestar family. It is written in Katakana because the characters have English names like Joseph and Jonathan Joestar.

This series has really lived up to his name and has attracted audiences worldwide. If you are a hardcore fan. What do you think of the Japanese names? Do you have a favorite? Drop your thoughts in the comments below. 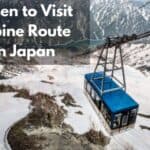