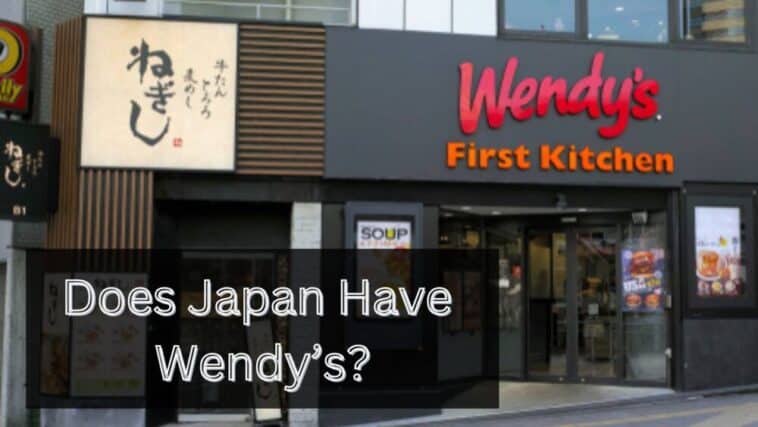 Does Japan have Wendys? The answer is yes, and this article will tell you all about it. From the history of the restaurant to its popular menu items, this article has it all. So, read on to learn more about Japan’s famous Wendy’s!

No matter in which part of the world you’re based in, fast foods are the go-to and one of the favorite meal options for most people.

I mean who doesn’t like hamburgers, fried chicken, french fries, and chicken nuggets, especially if it’s from your favorite fast food joint?

Although the types of fast foods can vary depending on the taste buds of the people of a particular country, American fast food restaurant brands solely dominate the fast food industry.

And today we’re here to find out if Wendy’s is available in Japan and everything you need to know about Wendy’s in Japan.

Wendy’s is a fast food restaurant brand that was founded in 1969 in Ohio, the USA by Dave Thomas. It’s one of the famous fast-food restaurant brands in the USA that predominantly provides fast foods such as hamburgers, french fries, sandwiches, desserts, and beverages.

As of 2018, Wendy’s became one of the renowned American fast food restaurants for its hamburgers making it the world’s third-largest hamburger restaurant brand.

This would ultimately make Wendy’s a competitor to McDonald’s and Burger King. Presently, Wendy’s has over 6000 outlets operating across multiple countries worldwide.

Although Wendy’s doesn’t have signature sandwiches or burger recipes like Big Mac from McDonald’s and Whopper from Burger King, Wendy’s is quite renowned for its burgers made with squared patties and Frosty which is a soft serve ice cream.

The logo of Wendy’s since 2013 is a face of a little girl with red pigtail hair and the social media team of Wendy’s is famous for being regularly active on Twitter posting tweets that are either too informational or controversial.

Even though Wendy’s is the third-largest hamburger restaurant brand in the world, not a lot of people are aware of the brand. This could be why Wendy’s didn’t have a great beginning in Japan. Find out more about the history of Wendy’s in Japan below.

Does Japan Have Wendys?

The Establishment And Withdrawal Of Wendy’s In Japan

Wendy’s was first introduced in Japan in 1980 when Wendy’s parent company Arby’s International agreed to a franchise agreement with Daiei which is one of the renowned supermarket chains in Japan.

Roughly after two decades, Wendy’s outlets in Japan reached a new franchise deal with Zensho Holdings which is a Japanese company that’s well-reputed and owns multiple restaurant chains in Japan.

As of 2009, Wendy’s had nearly 70 outlets operating in Japan however, unfortunately by the end of 2009, all of the Wendy’s outlets in Japan had to close down.

This was due to Wendy’s failure to renew the franchise agreement with Zensho Holdings in Japan. After 30 years of operating in Japan, Wendy’s had to shut down all of its restaurants.

Before Wendy’s closure in Japan, it had a fair and decent customer base and it was also deemed as one of the favorite American burger restaurant brands among the Japanese people.

Right after Wendy’s exited Japan, countless Japanese people took to the internet to display their disappointment at Wendy’s withdrawal and stated their hope and expectations to see Wendy’s very soon in Japan once again.

Relaunch Of Wendy’s In Japan

The reason for Wendy’s retreat from Japan was not due to making poor sales revenue but rather a bureaucratic reason as a result of Arby’s International not renewing the franchise agreement with the franchisee in Japan.

As soon as Wendy’s retracted from Japan, several people in Japan became distraught to see one of their favorite hamburger restaurants being discontinued in their country.

When people started expressing their liking and expectations towards Wendy’s return, the parent company of Wendy’s which is Arby’s saw this as an opportunity to relaunch Wendy’s back in Japan.

They only required an ideal franchisee in Japan that would be prepared to reach an agreement.

This is where Higa Industries Co, Ltd came into the picture. Higa Industries is a well-known firm in the food industry in Japan that imports and distributes food in Tokyo.

Arby’s International was successfully able to sign a joint venture agreement with Higa Industries in Japan to relaunch Wendy’s into the Japanese fast food market.

Wendy’s was relaunched in Japan just two years after its initial closure and it was renamed Wendy’s X First Kitchen.

How Wendy’s Performed After Its Relaunch?

For a hamburger joint like Wendy’s, it definitely did have a large fanbase even after the closure of all the restaurants.

Since several Japanese people were eagerly awaiting Wendy’s return to Japan and their patience paid off when Wendy’s opened its first restaurant in Tokyo during its relaunch.

によると Financial Times, 1100 customers visited Wendy’s first restaurant in Tokyo and some of them were even waiting as early as 4:30 am to witness the restaurant being opened.

A die-hard Wendy’s customer even cosplayed the signature logo of Wendy’s by wearing red hair tied in pigtails and even reportedly ordered everything available on the new Wendy’s menu.

The owner of Higa Industries Co. Ltd, Ernest Higa who reached the joint venture agreement deal with Arby’s International was quite skeptical when relaunching Wendy’s in Japan.

However, after observing the popularity and impact Wendy’s had on Japanese customers, he plans to expand Wendy’s by opening 100 restaurants within 5 years after its relaunch.

Wendy’s was able to expand and popularize its brand name after accumulating sufficient sales revenue. This was done by acquiring a Japanese restaurant brand named First Kitchen which already had over 130 restaurants operating across Japan.

After its acquisition, all First Kitchen restaurants were renamed ‘Wendy’s X First Kitchen’ thus Wendy’s was able to be one of the best-performing fast food brands in the Japanese market.

What’s New On The Wendy’s Menu In Japan?

To attract a massive customer base in Japan, it was crucial for Wendy’s to introduce new meals to its menu. And thankfully, Ernest Higa, who planned to reintroduce Wendy’s in Japan had plans to launch a new ‘Japan Premium’ meal series which is exclusively available in Japan.

One of the meals from the Japan Premium series from Wendy’s in Japan was ‘Foie Gras Rossini’. Along with the premium meal options, Wendy’s also brought back its signature and classical American fast foods such as Dave’s Hot-n-Juicy Hamburgers, Chili, Spicy Chicken Sandwiches, and Frosty which is a favorite soft-serve dessert for most people.

Wendy’s in Japan has stayed true to its Western menu yet it has incorporated Japanese flavors into its meals to capture the taste buds of the Japanese people.

Apart from burgers and sandwiches, there are other meals offered by Wendy’s in Japan such as pasta, chicken nuggets, fried chicken, potato fries, chili, desserts, drinks, and shakes.

Wendy’s restaurants are regarded by the Japanese public as one of the most affordable fast food restaurants with premium meal options as well.

The call for new business strategies was necessary for Wendy’s after relaunching in Japan. Ernest Higa, who had prior experience in the Japanese fast-food industry had a few objectives which helped him to expand Wendy’s in Japan.

Higa’s plan was to make Wendy’s a fast food restaurant that not only served fast food but also premium fast food.

This was done to ensure that Wendy’s would not just reach youngsters but also adults who would want to experience fast food but in an upgraded manner.

Another popular strategy utilized by Wendy’s Japan was to stick to the American menu and introduce a few meal options inspired by Japanese cuisine.

Thus ensuring to retain the already existing customer base and also attracting more new Japanese customers as well. Furthermore, Wendy’s most significant motive is to open over 100 outlets in Japan hence it can achieve brand recognition like its competitors.

Does Japan Have Wendy’s: FAQs

Are there any Wendy’s in Japan?

Wendy’s is one of the most popular American fast-food restaurants that have over 6000 outlets operating across several countries across the world. Wendy’s was opened in Japan in 1980 after Arby’s International, the parent company of Wendy’s reached a deal with Daiei. Presently, Wendy’s in Japan is owned by a new franchisee and Wendy’s restaurants were renamed Wendy’s X First Kitchen.

Why did Wendy’s close in Japan?

When Wendy’s opened in Japan in 1980, the franchisee rights were transferred from Daiei Japan to Zensho Holdings Japan. Wendy’s parent company Arby’s failed to renew the franchisee agreement with Zensho Holdings Japan in 2009 hence all 71 Wendy’s restaurants had to shut down. However, 2 years after Wendy’s closure, Higa Industries Co. Ltd reached a joint venture deal with Arby’s International, and Wendy’s reopened in Japan once again.

How many Wendy’s restaurants are in Japan?

When Wendy’s was launched in Japan in 1980, the fast food restaurant expanded to nearly 70 outlets by 2009. Unfortunately, due to the non-renewal of the franchisee agreement between Arby’s International and Zensho Holdings Japan, all the restaurants had to shut down. However, in 2011 Wendy’s was relaunched in Japan and presently, Wendy’s has 136 restaurants in Japan that are named Wendy’s X First Restaurant. 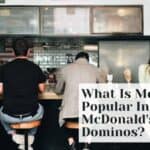