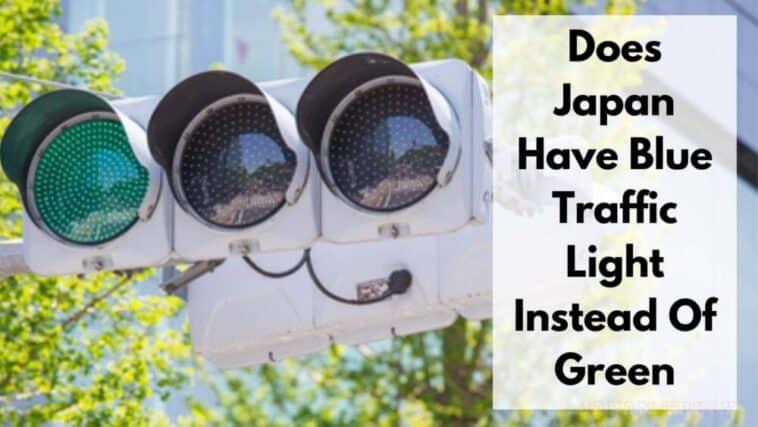 Does Japan have blue traffic light instead of green? Find out here all about it!

We have been made aware of the significance of traffic lights ever since we were young children. When you see red, stop. When you see green, go. This is common knowledge that has been handed down to us.

However, one thing that we were not informed of is that in various cultures, the colors of the traffic lights have different meanings depending on their location.

When it comes to Japan, the traffic lights are different colors. They have blue as an alternative to green. It is inevitable that you will come across some blue traffic lights as you travel across the country.

Don’t worry, it isn’t broken. Simply put, this is Japan’s method of regulating the flow of traffic.

Why Does Japan Have Blue Traffic Light Instead Of Green?

Every culture is different. Words can have a variety of meanings, and the beliefs of individuals also play a significant part in this. There’s an entirely different backstory to the color of the traffic light in Japan, which brings up an interesting point.

The color preference of Japanese people has shifted from green to blue, but this is not due to a faulty setup or color fade; there is another factor at play. In the following section, we will go into further details about it.

The whole traffic light has everything to do with the Japanese language. It is due to the fact that in the past, the colors blue and green were described using the same word.

Back then, the language only had words for four primary colors: black, white, red, and blue; as a result, anything green was described using the word for blue, “ao.” This practice persisted for hundreds of years.

Near the end of the first millennium, people started referring to green as “midori,” rather than the color green. Its original meaning was “sprouts,” but it came to be understood as a shade of “ao.” It may come as a surprise to you, but this usage is actually quite common in this day and age.

If you find yourself in Japan with an apple craving, all you have to do is go to a local grocery store. When you ask the grocer for apples, you’ll notice that he refers to them as “ao” rather than “midori.”

The name “ao” is used to refer to the green traffic light not only in the language spoken in the area but also in official documents.

In spite of the fact that the very first traffic lights in Japan, which were installed in the 1930s, were green, they were referred to as “blue,” which caused the Japanese government to run into issues with linguists.

They decided to change the lights rather than the official descriptions, all the while making an effort to remain as compliant with international law as they possibly could.

In 1973, a government mandate specified that the color of the traffic lights had to be the greenest possible shade that was also as close to blue as possible.

Even in modern times, people who want to pass their learners’ permit test have to demonstrate that they can tell the difference between red, yellow, and blue.

The colors red, yellow, and green are mandated by an international convention on traffic light colors that has been ratified by 74 countries. Japan, however, has chosen not to sign this convention.

History of the Japanese word “green”

When it comes to the colors green (midori) and blue (ao), the Japanese language has traditionally had a lot of words that sound similar to one another (ao).

Because of this, blue, which is one of the four traditional colors originally established in the Japanese language along with red, black, and white, has historically encompassed things that other cultures would describe as being green.

As a result, the concept of “grue,” which is a portmanteau of the words blue and green, was first coined by the philosopher Nelson Goodman in the year 1955. In point of fact, the Japanese language did not acquire a specialized term for the color green until the late Heian Period.

This makes the word one of the more recent additions to the language (794-1185). This continues to materialize in a variety of ways throughout Japanese culture.

7 Types of Traffic in Japan

Now that you understand why blue lights are used, it is time for you to enlighten yourself on the various kinds of traffic that exist.

It is imperative that drivers in Japan adhere to the country’s traffic regulations. Different kinds of traffic lights, each tailored to the specific requirements of a given location, traffic volume, and intersection, are put in place to facilitate easier navigation.

A push button is used to control a traffic light. To give pedestrians the ability to cross the street, there is a button that, when pressed, turns the red traffic light signal into a green one.

By elongating the period of time that a traffic light is green in only one direction, this type of traffic light is used to reduce congestion. It was put in place on a road where a significant number of vehicles make right turns.

A detector is what makes this kind of traffic light unique from others. These traffic lights can either be installed on the road itself or at the entrance to the intersection. However, the signal will only turn green when there are vehicles or pedestrians crossing the road.

A type of traffic light that alternates between green, yellow, and red lights at a predetermined interval in order to better organize the flow of passing vehicles and pedestrians.

The arrow signal can be found directly below the three-color traffic lights in their location. Even if the red light comes on in the three-color signal, the vehicles are still allowed to move in the direction of the green arrow.

A specific kind of traffic light that is designed to ensure the safety of pedestrians crossing the street by physically separating them from vehicles. When the traffic signal light for vehicles is in the full red position, the pedestrian lights will change to green.

It is a method that ensures the safety of people who are blind or visually impaired while also making it easier for them to cross the street.

Why does Japan have blue traffic lights?

The Japanese traffic lights feature a blue “go” light in addition to the more traditional colors of red, yellow, and green. However, this has nothing to do with the wiring; rather, it is an issue that is entirely related to the Japanese language. It is due to the fact that in the past, the colors blue and green were described using the same word.

Midori was the word for green prior to the year 1930. On the other hand, the first traffic light in Hibiya was installed in March of 1930, and it was at that time that the press (which referred to newspapers at the time) first used the term ao to describe the color. They came to this conclusion because they believed that most people would be happier if they were told that it was blue.

Does Japan Have Green Lights?

Still technically green, but noticeably blue enough to continue using the ao nomenclature, the government in 1973 issued a cabinet order mandating that traffic lights use the bluest shade of green that was possible. This was done in order to justify continuing to use the ao nomenclature.

There are blue traffic lights in Japan, but this has nothing to do with faulty wiring or any other problem. There is a rationale behind the decision. As was just stated, it is related in some way to the usage of the language.

Now that you know why, you should keep an eye out for them when you’re in Japan. Make sure that, in addition to learning about color, you are familiar with the rules of the road in Japan before you get behind the wheel.

Because of how stringent the rules are, you run the risk of having your driver’s license revoked. Lastly, don’t forget to fasten your seat belts or wear your helmet while driving. Make sure you are thorough with how Japan’s traffic lights work. Happy Driving! 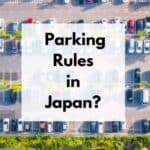 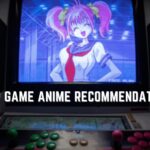