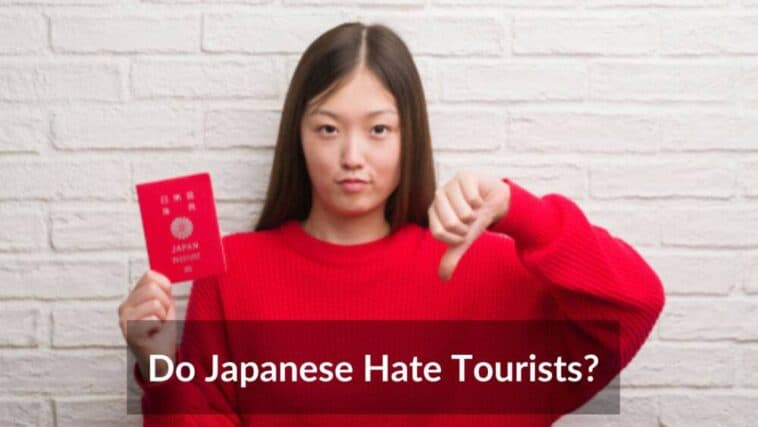 Do Japanese hate tourists? Or is it just a major internet misconception? Let’s find out more below!

Japan is a nation that’s one of the must-visit tourist destinations in the world. It’s not just the tech-savvy aspects of the country that are noteworthy but also several other natural sceneries.

The positive tourist attractions don’t stop there as you’ll find some of the best and most flavorsome foods across Japan that are a favorite among tourists.

To solve this dilemma we’ve brought you a detailed report about how the Japanese treat tourists. Check out below!

Japan has the third-largest economy in the world with a GDP of 4937.4 billion US dollars as of 2021, according to the World Bank.

Many people like to think that Japan solely focuses on its technological and automobile industries to boost its economy by exporting most of its production. While that’s partially true, Japan also relies on tourism to uplift its massive economy.

In 2019 alone, Japan invited nearly 32 million tourists making it one of the countries to have the highest number of tourists in the year 2019.

However, as the pandemic hit in 2020, the number of tourists who visited Japan reduced significantly as that was the same case with other countries as well.

Japan is home to 21 World Heritage Sites such as the Historic Monuments of Ancient Kyoto and Nara, the Atomic Bomb Dome, Himeji Castle, Shurijo Castle, etc. In addition, there are other popular tourist destinations in Japan like Mount Fuji, the metropolitan city of Tokyo, Hiroshima, and Okinawa.

Natural sceneries like wisteria flowers, cherry blossom trees, and hot springs are also one of the favorite aspects for most tourists who visit Japan.

Not to mention the delicious food like sushi and ramen and Japanese subcultures like anime and manga which entice the younger generation toward Japan.

How Do The Japanese Treat Tourists?

Japan has countless enchanting tourist attractions and crowd-pleasing activities that the Japanese people are accustomed to seeing a whole lot of tourists every day.

This has made the Japanese people more welcoming towards tourists as tourism is a huge part of the Japanese economy.

Tokyo is the city that’s most visited by tourists to Japan which shouldn’t be surprising because it’s the capital city of Japan and it’s also where you’ll find to have the most tourist-friendly approaches.

Citizens of Tokyo are more used to tourists than the people who live in remote villages in Japan. Thus you’ll notice how friendly people in Tokyo can be.

They’ll greet you by bowing and are even willing to help if you have trouble finding what you want. This usually happens at public places like train stations, restaurants, or supermarkets where tourists have trouble understanding the Japanese language.

If you ask assistance from a Japanese person they’ll try their best to help you even if they may not understand the language you speak. Furthermore, most places in Tokyo like restaurants and hotels have instructions in English to help the tourists.

The Japanese people are known to be very polite, and orderly, and they possess admirable etiquette. Hence they would also expect tourists to act the same way as well.

It’s an unwritten rule that tourists to Japan must ensure they behave benignantly and follow the codes and conduct of the Japanese culture without fail in order to have a pleasant experience.

How Safe Are Tourists In Japan

The priority for most tourists traveling to new countries is their safety. Few countries are considered dangerous due to the unfriendly nature of the people or the hatred they have toward tourists.

However, this isn’t something you should worry about in Japan. As a matter of fact, according to World Population Review, in 2022 Japan has ranked among the top 10 safest countries in the world with an index score of 1.3.

Another impressive fact about Japan is that it’s also one of the safest destinations for solo female travelers. This is predominantly because the laws and regulations in Japan are quite strict thanks to the policing and security system.

However, it’s not just the laws and regulations in the book that make Japan a safe place to travel.

It’s also the proper etiquette of the Japanese people who’re known to be respectful, friendly and welcoming toward tourists that makes Japan an ideal place for tourists to travel.

Furthermore, the Japanese government also has taken necessary actions to lure more tourists to the land of the rising sun and also has encouraged most businesses to introduce new concepts that would help the tourists.

One of the most frequent obstacles most tourists to Japan face is language barriers. Japan’s official language is Japanese; other languages like English, French, Spanish, etc aren’t widely spoken in Japan.

Since most tourists who travel to Japan speak English, it has been a real struggle for the tourists to communicate with the Japanese people.

This has led to tourists enduring many misunderstandings and awkward situations in public places. It’s also common for tourists to Japan to complain about not receiving a response from a Japanese person when asking for help which has resulted in several people thinking that the Japanese are unfriendly to tourists.

Most of these claims are simply baseless and it’s common for such incidents to occur because English isn’t understood by some Japanese people and they simply walk away to avoid any awkward interaction if they can’t help.

Furthermore, there are even certain places in Japan that don’t allow tourists in. However, this isn’t because they hate tourists but because they’re incapable of understanding what the tourists want to convey.

Another popular issue some tourists to Japan face is attempting to understand Japanese culture as it’s deemed intricate by most Westerners.

Actions like greeting, thanking, having meals, and speaking with elders all include sets of statutes in Japanese customs that must be obeyed accordingly. Any wrong move done by a tourist can seriously offend the Japanese people.

Do’s And Don’ts For Tourists In Japan

To ensure tourists have a pleasant and peaceful experience in Japan there are some etiquettes you have to follow. This is done out of respect for Japanese culture and also to avoid offending the Japanese people.

Don’t Speak Loudly In Public Places – The Japanese are soft-spoken and don’t speak unnecessarily. To avoid any awkward looks thrown at you, try not to be too loud when speaking in public.

Don’t Spit Or Litter In Streets – Japanese streets are very clean and you won’t see trash anywhere on the street. Don’t spit or throw any garbage in the streets as it’s a public offense in Japan.

Don’t Stare At People – It’s considered discourteous and rude to stare in Japanese culture thus don’t look at a stranger for too long.

Don’t Tip Waiters/Waitresses – While tipping is a common practice in the West, in Japan tipping isn’t a known tradition. In fact, it’s also considered disrespectful to tip someone in Japan.

Do Bow At Someone When Bow Down To You – Bowing is a popular greeting tradition in Japan. If you see someone bowing down to you, make sure to bow down to them as an act of respect.

Conceal Your Tattoos – If you happen to have tattoos on any part of your body, make sure to cover them. This is because tattoos are unique to mafia groups in Japan and anyone with a tattoo is regarded as a mafia member. If you have tattoos you’ll not be allowed inside some public places like restaurants, public baths, parks, etc.

Do Carry Cash With You – Not all stores and shops in Japan allow card payment facilities. Thus it’s best to carry cash with you for effortless transactions.

What Do The Japanese Think About Tourists?

The Japanese people are very friendly by nature and tend to be very warm, positive, hospitable, and welcoming to tourists.

Most Japanese businesses love to cater to the demands of tourists and hence have established new events, practices, and what not to capture the attention of tourists.

However, it’d be far-fetched to assume that all Japanese people admire tourists, especially the elderly population.

This is because some tourists don’t adhere to the laws and customs of Japanese culture and a few of them have been downright disrespectful which has made a part of the Japanese population have a negative impression of tourists.

Nevertheless, if you follow the basic rules of Japanese customs, be respectful to the people, and don’t bring any unwanted attention toward yourself, you’ll be good to go in Japan.

Are the Japanese friendly to tourists?

The Japanese people are known to be very hospitable and friendly to tourists. This is because tourism is a huge economic boosting factor in Japan and Japan hosts a large number of tourist destinations.

The Japanese are polite and well-mannered people who treat tourists in a positive and respectful manner.

Is Japan welcoming to foreigners?

Japan is a country that warmly welcomes tourists with open arms. There are over 20 World Heritage Sites in Japan that are frequently visited by countless tourists.

The Japanese treat tourists amicably and even go out of their way to assist the tourists if they require any help. The Japanese do expect tourists to behave in a certain matter that involves respecting the Japanese culture.

The claims that the Japanese people do not like tourists are just a hoax. The Japanese are decent and congenial with tourists.

In Tokyo, where there are more tourists, the local restaurants, hotels, train stations, etc have instructions in the English language to help tourists. In fact, the Japanese people also love to help tourists if they need to find directions. 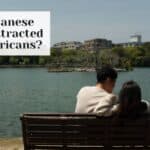 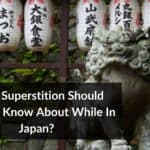