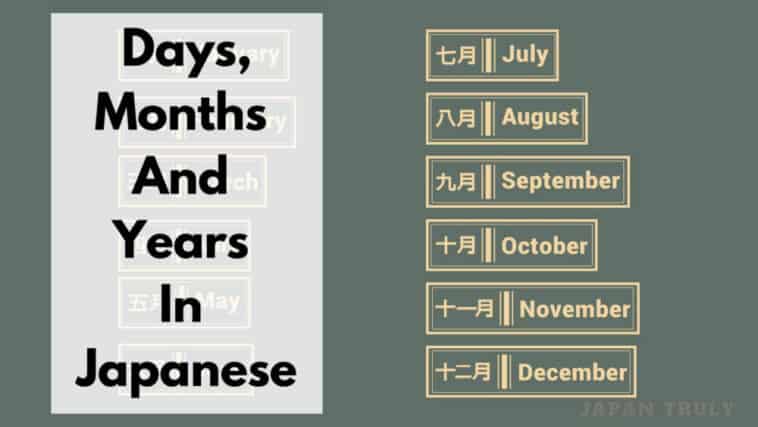 Everyone is aware of how Japan has worked and always keeps working in a different way from the rest of the world.

Japan has always kept itself isolated from the world and is always a step ahead or way different. The same applies to their culture, mannerisms, technology, economy and welfare.

Ergo it comes as no surprise that Japanese people go their own ways, parting with the rest of the world when it comes to even nominal things like greeting a person hello or goodbye and writing today’s date. Yes! You heard that right, even the days, months and years have not been left out by the Japanese to express it their own way.

But it is fun to always come across a language that has so much authenticity. Here we will investigate every day, month and date in the Japanese language.

How To Say Days, Months And Years In Japanese

How to say days of the week in Japanese?

How to say the dates in Japanese

Of course the Japanese write the numbers from 1 to 31 when mentioning a date, but the ideograms in Japanese are written in a different way. Every date is succeeded by the term ‘nichi’ which means sun and day.

Here is a table that will give you a fair idea of how the numbers in Japan are actually written. The ones with ‘nichi’ are how they are transliterated in Japanese and the writing is of the Japanese script.

How do you write the date in Japanese?

It is not like the American or the European style of writing, as mentioned earlier, the Japanese have a unique style of doing everything, even the sequence of the date counts.

But just like the date and month, the year is written in the same way in Japanese. The year is associated with the word nen which genuinely means year in Japanese. For instance, if someone has to write a date, say 2nd July 2022 in Japanese, they would write:

This may seem confusing and foreign but once you are acquainted with the language, writing and remembering dates in Japanese becomes a piece of cake.

Asking questions about the day and date in Japanese

It is also very essential to at least ask to someone the same thing you are reading in Japanese, it does save a lot of trouble.

How to say the months in Japanese

The Japanese have an uncanny habit of associating their calendars with natural objects, like days with the elements of life, dates with the sun and months with the moon. Although there is no specific name for any month, Japanese people would rather go with a simple Japanese name than saying Month 1, Month 2, Month 3 and so on.

This calendar is called wafuu getsumei which literally translates to a calender in Japanese style.

How to say years in Japanese

The Four Seasons in Japanese

Now as we have covered almost everything about dates and calendars in Japanese, perhaps it would be helpful about the seasons in Japanese as well. Even the term ‘four seasons’ has a specific term in Japanese, that is just how particular they can be about things.

So consider it as a tip to impress Japanese people- be apt with what you say in Japanese! Because who doesn’t love a foreigner who is able to get their language right with precision?

Below is a table which names the seasons in Japanese as well as how they are written in Japanese.

You can’t ask about a calendar if you do not know what it is said in Japanese. On top of that, there are not one but more than five kinds of different calendars. It is rather significant so you just improve your way of speaking Japanese and the people think that you have actually done your homework.

Other Time-related Things In Japanese

Now if we are going deep into examining what is with the calendar and dates, maybe other time related stuff could come in handy too. Here is a complete list of Japanese words for reading the clock and telling the time of the day.

Time of the day in Japanese

Along with the date, here we have a list where you can know the timings of when to wish someone good night or evening(with a bow and a smiling gesture, mind you!)

Here are some frequently used Japanese words for simple transactions related to time:

Reading the clock in Japanese 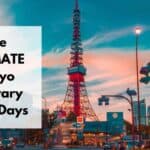 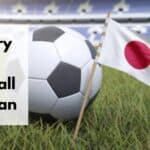