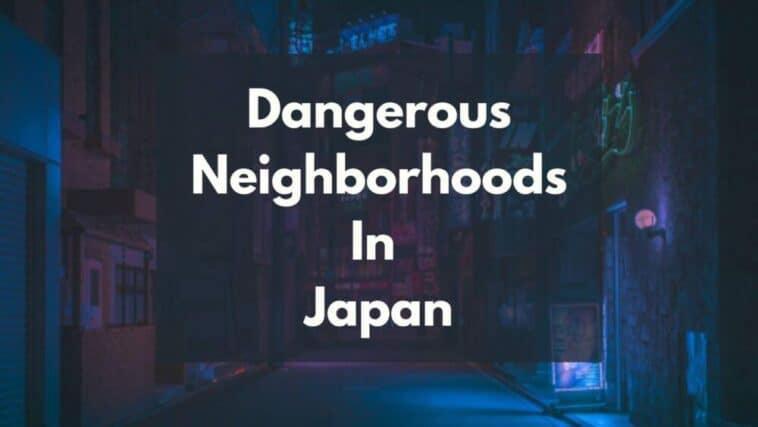 Japan is a safe country, with generally very low crime rates. However, there are certain neighborhoods that you need to be aware of.

When Japan has many places for its tourists, these  places  do need extra caution and it’s better to avoid such spots to have a pleasant, safe, and danger-free trip.

Keep in mind tha utmost of the below mentioned neighborhoods are only because there are many drinkers, yakuza (the Japanese mafia), street swellers, gambling and prostituion houses.

So, if you are looking to skip those unsafe places on your trip then  you are exactly at the right place.

In this guide, I will be sharing  my ideas about the places to avoid in Japan or where not to go in Japan.

So, stay alert as we dive into the seven most dangerous areas or neighborhoods in Japan

Most Dangerous Neighborhoods in Japan

The largest slum in Japan and also known as Airinchiku, located in the south of Osaka. It consists of a huge number of homeless, unemployed and day laborers who do not have a permanent address.

Most of these individuals are addicted to drinks and gambling. People live in flophouses. The cheap accommodation of this area has attracted many foreign tourists who are on a budget.

Hence, no matter how cheap this area is, please keep your distance and take caution or avoid altogether to avoid unnecessary hassle.

You may not ever think that Tokyo could have any places to avoid. But the harsh truth is that Kabukicho in Tokyo is one place you should avoid. It is not only the largest red-light district in the country, but also the biggest in the world.

It is located  opposite to  the Shinjuku Station, one of the largest train stations in the world.

So, stay alert  while visiting this area in Japan. Try not to go to this spot even for dining with your family or children.

Susukino is one of Sapporo’s most popular  neighborhoods and known for its restaurants and night bars. It is also the destination to many of Sapporo’s festivals, including the Sapporo Snow Festival.

Even though it is  considered to be one of Sapporo’s main tourist attractions, be aware that it is not the safest place in Japan.

Walking through the neighborhood and streets, you will find posters inviting you to nightclubs and bars , or women in skimpy clothing as bar attendants.

So, be aware that it will not be the safest place and that’s the reason why I included it on my list.

An upscale residential and commercial area  of Tokyo, and  home to an infamous nightlife area. There are a number of high end offices located in this neighborhood.

Roppongi is safe during the day but if you decide to visit this place at night, you need to be careful.

Surprisingly, the locals do not avoid this area because of popular attractions like Roppongi Hills. So, it is not a good place to go wild, especially for tourists.

This neighborhood was the most cosmopolitan and modern area in Japan. It was planned after the streets of Paris with an ultra-modern amusement park called Luna Park. Sadly, it was closed down in 1923.

Today, there is a  festive atmosphere and Osaka’s most famous attractions, filled with delightful restaurants, parlors and gift shops.

However, once again, let me remind you that it is one of the places you can avoid altogether or be extra cautious while traveling.

Ueno is a center to  many of Tokyo’s best attractions, like museums, parks and zoos.

Many homeless people tend to sleep in the park at night, so it can be a little dangerous. You will also find a number of Yakuza groups in this neighborhood so the surrounding area becomes a less pleasant place and it is better to avoid visiting here after 9pm. Since the nightlife here is minimal, there aren’t many activities to do here at night.

It is better to complete your trip in the daytime to avoid an unpleasant atmosphere and avoid tourist traps if you wish to have a more  authentic experience.

Nakasu is one of the largest entertainment districts  in Japan and just like Susukino it is a major tourist hub.

All in all, Nakasu may not be the worst place to visit in Japan, but this mention is to suggest that you take extra caution and safety.

What are some of the tourist traps in Japan?

A lot of foreign tourists complain about Tokyo Disneyland because of its never ending crowds and can even wait up to four hours in the waiting lines. There are even long waiting queues just to buy popcorn. You can also strike Sapporo Clock Tower off your list because there is nothing worth exploring on the inside. Another place you can avoid is the Ryogoku Kokugikan which is Tokyo’s primary sumo hall with a very dull and disappointing atmosphere.

What are some of the safest cities to visit in Japan?

In contrast to the above dangerous neighborhoods, Japan is an amazing place to visit with more than 772 cities to visit in the country. Some cities that are worth visiting include Osaka, Kyoto, Fukuoka, Kobe, Okayama, Hiroshima, Sendai, Kawasaki, and last but not least is Tokyo.

What are the other dangerous neighborhoods in Japan?

It is usually to be alert in any neighborhood that has many nightclubs, tourists and bars to avoid scams and assaults.
Other dangerous areas include Yasukuni Shrine and Kasumigaseki.

To summarize, Japan is a safe country, but it is better to be alert in any neighborhood that has alot of tourists, hostess clubs, nightclubs, bars and so on.

This care is necessary in all countries as no country is completely danger-free. You can visit these spots but just be on high alert and a lot more cautious when you do visit these neighborhoods.

I will be sharing some useful safety tips which you can keep in mind on your next trip to Japan.

Stay prepared, and don’t let your guard down and take precautions like separating your money in different caches.

It would still recommended to avoid the sketchy or seedy areas in Japan especially the bar areas in Kabukicho and Roppongi, which are known for scams, drink spiking, and sexual assault.

Don’t follow anyone to any strange places, instead learn some Japanese greetings, numbers or download a translation app, it  can be a lifesaver. 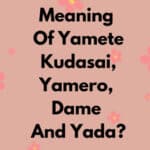 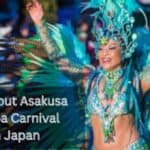