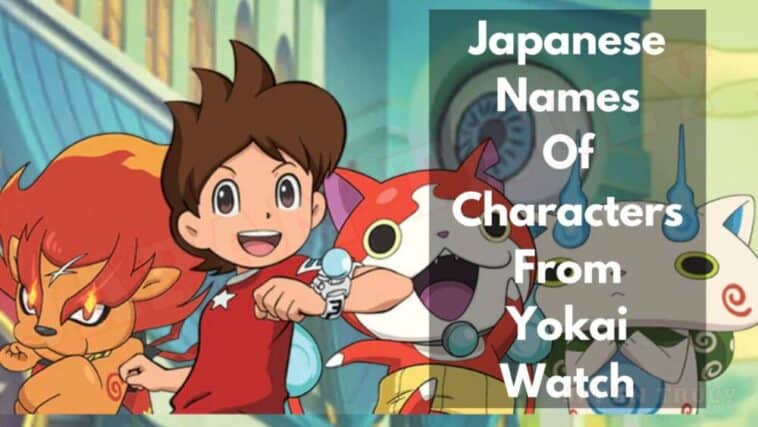 Here are Japanese names of characters from Yokai watch. Check it out!

Are you a fan of the hit anime series called Yokai Watch? Then, you are not alone. This Japanese cartoon has taken the world by storm. If you are wondering what is so fascinating about it, here is why.

The series revolves around a young boy named Keita Amano who gets his hands on the Yokai Watch by a Yokai named Whisper who turns out to be his spirit guide against supernatural forces in the series. The Yokai Watch enables Keita to interact and see other Yokai.

The series follows Keita, Whisper and the cat spirit Jibanyan as they come across different Yokai, and help solve their problems with the help of the watch.

Once he manages to help them, he is awarded a Yokai medal which he can use to call out to them whenever he needs their help. Follow Keita s on his discovery, experiences and life lessons that help him grow and solve various problems.

K-ta amano is the overall protagonist and the hero of the series. He is the one who possesses the Yokai Watch which gives him the ability to see and summon Yokai. He has a carefree personality and also has many friends.

He is usually seen dressed in bright red t-shirt and cargo pants, ready to take on the world of monsters. In the Yokai Watch Shadowside series, he is a young adult who is married to his childhood crush and has two children.

Whisper is a Yokai and one of the main characters in the series. His appearance is that of a ghostly white wisp with his eyes in a curved black mark that resembles a mustache.

He always tends to smile with his blue lips and creates uncanny expressions. He has a slight uptight personality and prides himself in knowing all about Yokai even though you will find him checking the Yokai Encyclopedia when he meets one.

This Red and white colored  cat Yokai was a normal cat named Rudy before he died. Jibanyan belongs to the Rank-D Fire attribute of the Charming tribe. He attacks with his paws with his signature moves called paws of fury.

He also has his own personal collection of his favorite music group called Next HarMEOWny. He has a fierce determination to fight over other Yokai that causes any trouble for him.

Also known as Katie and is the female protagonist of the series. She is very playful, charming and cute. Her brown hair is tied in a high ponytail with a pink ribbon.

In the Yokai Shadowside series, she has married her childhood friend Keita Amano and has two children. She is very smart and often worries about meeting her mother’s standards. She is very brave and comfortable with heights.

Often referred to as Bear, he is one of Keita’s classmates and the recurring characters of the series. He has a robust build with a black ponytail, rings around his eyes and a plaster on his cheek.

He loves food and is surprisingly sensitive since he can just burst into tears. Even though he looks tough, he has a gentle side. He wears a blue varsity jacket with a  white shirt and a triangular design in the center.

Often referred to as Eddie, he is one of Keita’s friends and  attends Springdale Elementary school with him. He is usually seen wearing a long green jacket. A blue collared white shirt, and rolled up capris.

He usually has a pair of orange headphones that he wears that match the patches on his sleeves. He is a good student and very into technology. He has a relaxed personality and a sleepy physical  appearance.

She is one of the main characters of the series as she is the girl who owns a Yokai Watch Model U. She is friends with a Yokai named Usapyon who guides her just like Whisper does.

She has purple short hair with bangs and wears big rounded glasses. She loves space related things and owns a huge collection of space themed merchandise.She is usually seen wearing a blue shirt and a pink jacket over it.

This is a rare Fire attribute Rank-D Yokai of the Charming tribe. Throughout its body, you can see an ivory coloured fur, light blue tail, ears, stomach and eyebrows.

His fiery eyebrows are very real but he can cause no harm. He is seen wearing a green cloth bag with white spirals to store items while traveling. He is very friendly, caring and peaceful and his famous catchphrase is- ‘Oh my Swirls.’

This Yokai is a Lightning  attribute Rank-D of the Charming tribe. He is the brother of Komasan and is more optimistic and curious. His fur is ochre-colured and his tail and inner ears have a darker shade of ochre.

Just like his brother, he too has long, flaming eyebrows and carries a blue pouch with a swirl pattern. Both of the Yokai can transform into a human form by placing a leaf on the top of their head.

He is an Ice attribute  to the Rank-B, Mexican Yokai of the Shady tribe. He wears a yellow space suit that has rabbit ears on the hood. He also carries a n orange carrot shaped gun.

Without the space suit on, he has a more otter like appearance with a red scarf around his neck. He wears  black underwear that reads-USA.

He uses a laser gun called the Bunny blaster. There are two modes where he transforms into – Invader mode and the Emperor mode.

She is the main character in the Yokai Watch Shadowside series and is the older daughter of Keita and Katie. She is the bearer and  successor of the Yokai watch.

She has a similar personality to her father as she cares for both Yokai and human friends. She has a younger brother who she cares about and protects from any danger. She is also a part of the Yokai Detective Agency. She usually is seen in braids.

He is one of the main characters seen in the Yokai Watch shadowside series and has an aloof and cold personality. But deep inside, he has a very kind and caring heart. He is the bearer of the Yokai Watch Ogre.

He has brown eyes and short dark toned hair. He is also very close friends with Natsume and has a strong friendship with her.

He is also referred to as Bruno. He uses magic by tracing stars in midair which he learnt from his grandmother. He possesses the Yokai Watch Animus which helps him to summon a powerful Celestial Yokai. He is the leader of the Yokai Detective Agency.

He is a chubby boy with spiky hair and is usually seen wearing a kimono, buddhist prayer beads and sandals.he has very high self esteem, has a humorous side and is quite proud.

He is the younger brother of Natsume and only son of  Keita and Katie. He gets startled very easily and is a cowardly boy. Initially he refuses to believe in anything supernatural and considers the Agency his sister joins as a cult.

He usually wears a short blue sweater, white pants and blue shoes. He is also portrayed as very childish and stubborn but with a strong sense of justice.

He is a Wind attribute, Rank-B Yokai of the Brave and Omamori tribes. He is a blue cat with a very righteous personality.

He can fly and also throw balls of energy. He is also a great friend of Keita’s grandfather. He has a red cloth worn like a cloak and wears a dark gray belt.

What is the Japanese tile for the show?

The Japanese title is the same as the English title which is ‘Yokai Watch’ (妖怪 ウォッチ, Yōkai Wotchi). The word watch is an English word so in Japanese, it is written in katakana as ‘ウォッチ’(Wotchi). Yokai (妖怪) has two kanjis both with different meanings- 妖, read Yo  means Demon and 怪, read Kai  means strange or suspicious.

What is the significance behind all the characters’ names?

In Japanese culture, each name has a  significant meaning that will represent you as a person. Names can be expressed in kanji, hiragana, or katakana.

Why is the series called Yokai Watch?

The series is called ‘Yokai Watch’ because Keita can either help, see or stop a Yokai because of this watch. It also allows him to call out his Yokai friends using their medals whenever he wants.

This incredible anime series is definitely worth the watch and now that you know the characters a little better, it will make your viewing experience pleasant and more enjoyable. Who is your favorite character? Let us know in the comments below. 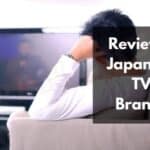