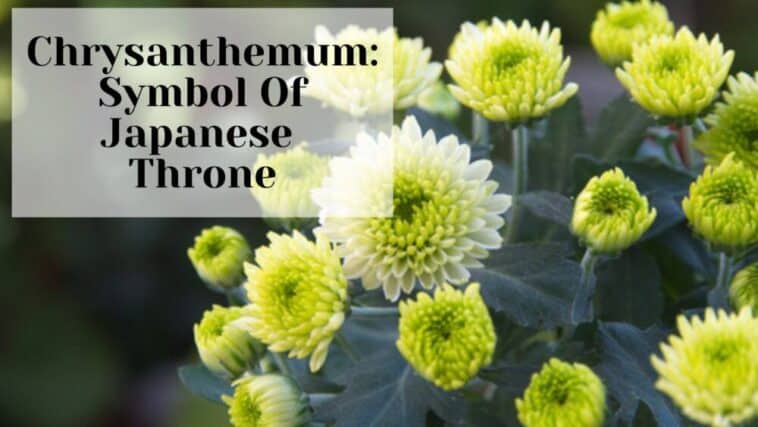 Chrysanthemum in Japan have a special cultural and historical meaning. Read on to find out about the cultural significance of Chrysanthemum, symbol of Japanese throne.

You know it’s autumn in Japan when Chrysanthemum starts to bloom. Called “Kiku” in Japanese, this significant flower is held dear by Japan’s rich culture and traditions.

Chrysanthemums originated in East Asia, and they belong to the Compositae (Asteraceae) family; they are perennial herbaceous plants or sub-shrubs.

Around the month of November, flower shops all over the country are filled with Chrysanthemum flowers and it marks the start of a new climate season.

One particular type that is visually pleasing and attractive is the in-curved chrysanthemums as it has up to 300 upward curving petals to complete the curved look of the flower.

Not only do people flock to flower shops, some Japanese flower enthusiasts even open their gardens filled with beautiful Chrysanthemum arrangements to the public.

There are festivities celebrated throughout the country as people create chrysanthemum arrangements and compete for the most aesthetically looking one; fun fact: they bring in professional judges too!

Chrysanthemum is a very relevant flower in Japan and it’s even used to name the position of the Japanese emperor and his throne, it’s called “Throne of the Chrysanthemum.”

Chrysanthemums are also used in making bonsai, the art of growing miniature trees/flowers in a pot; bonsai making is a wide-spread hobby in Japan.

In this article, we will talk all about the Chrysanthemum and its symbol to Japan. So, what are you waiting for? Let’s get started!

Origin Of The Chrysanthemum

First cultivated and grown as a culinary herb in China back in the 15th century B.C, Chrysanthemums later appeared in Japan at the start of the 8th century A.D. and started to gain popularity among the Japanese people during the Edo period (1603-1867).

During the time that Chrysanthemum was discovered and loved in Japan, it was made the official Imperial Seal of Japan.

Up until 1630, there were more than 500 registered cultivars of Chrysanthemums. It’s also widely regarded as one of the four gentlemen of Chinese and East Asian Art.

Chrysanthemums were later introduced to the European region in the 17th century but gave the flower a different meaning as it was used to symbolize death and used mainly for funeral services and graves.

Cultural Significance Of The Chrysanthemum In Japan

As discussed earlier, for the longest time, the Chrysanthemum flower has been the official Imperial Seal of Japan. This puts the flower in high regard since in Japan’s history, the emperor is the ruler of the country and the imperial family is respected by the Japanese people.

The imperial seal of Japan depicts a gold or orange 16 petalled chrysanthemum (with the tips of 16 more petals showing behind). Known generally as ‘Kikumon’ (菊紋), the ‘Chrysanthemum Seal’ was first adopted by the emperor in 1183, and until modern times was for his sole use. pic.twitter.com/bh1zB7FNlX

Officially used as the seal since 1869, the 16-layer two-petal design is attributed to the emperor while a much simpler design of the Chrysanthemum is associated with the other members of the imperial family like the prince.

Sanctuaries handled by the state like the Tokyo Yaskuni Shrine have used the Chrysanthemum crest ever since it was made the official representation of the emperor and the imperial family.

The “Chrysanthemum Throne” is the name handed to the current Japanese emperor sitting on the throne. Despite the reduced political responsibilities of the Japanese emperor at this modern time, traditions like this are still kept intact.

In addition, there’s also a Japanese tribute called “The Supreme Order of the Chrysanthemum” given by the emperor under the approval and supervision of the Japanese government.

Types Of Chrysanthemum Found In Japan

Just like the incurved type, the reflexed chrysanthemums create a globe-like shape, but their florets curve downward from the center, imitating the look of feathers. Oftentimes the color of this type is usually orange or red.

Anemone chrysanthemum has a central disc that is surrounded by florets all-around. The center looks like a button and the florets are longer than usual, almost disk-looking. This type is the closest to a daisy in terms of appearance.

A hybrid of reflex chrysanthemum and anemone chrysanthemum, single chrysanthemums feature one to two rounds of florets that go down from a flat and compact center. In comparison, it looks like a bushy version of a daisy.

Similar to a cheerleader’s pompoms, the pom pom chrysanthemums are small but the bloom is compact and the florets don’t drop down.

Often used in floral arrangements, decorative chrysanthemums have florets that increase in length outward from the middle. The top of the flower is also flat which adds to the aesthetic look.

This type of chrysanthemum has spiky florets that extend outwards from the center. Sometimes, the ends of the florets would curve and resemble a spider’s legs.

Similar to the single chrysanthemum, spoon chrysanthemums have spoon-like ends in the florets. The center blossom is flat.

Quilled chrysanthemums have long florets that transition from a small spoon shape into a downwards curve. It resembles a quill hence the name.

Due to the chrysanthemum flower’s overall popularity in Japan, a series of events and festivities take place every year to celebrate chrysanthemums and its start of blooming in Japan. One of the five ancient sacred festivals is “Chrysanthemum Day”, started in 910 wherein the imperial court started the tradition and showcase the beauty of chrysanthemums. Nowadays, the sacred festival is celebrated on the 9th day of the 9th month.

In Nagoya, Japan, there’s also an event called “The Nagoya Castle Chrysanthemum Contest” and it’s held yearly. It showcases beautiful flower arrangements with the chrysanthemum as the main character of the show. This contest started right at the end of the Pacific war and this has become the biggest event in the region, scale wise.

There’s also one in Sapporo, Japan, and it’s called “The Sapporo Chrysanthemum Festival” held since 1963 and it’s the largest yearly festival in the Hokkaido region. An estimated number of 800-flower arrangements with chrysanthemum as the main component compete in terms of aesthetic and size.

On the other hand, “Bunkyo Chrysanthemum Festival” or “Kiku Matsuri” is a major festival in Tokyo, Japan and is one of the five Bunkyo Flower Festival that is held annually in the metropolitan city. Usually, there are 2000 chrysanthemum flower arrangements on display and people would usually come early in the morning since there is no lighting for the displays at night.

Since it’s herbal in nature, many experts claim that it has a lot of health benefits like reduction in risks like heart disease, stroke, cancer, and even infertility.

In Chinese history, when the chrysanthemum flowers got cultivated and gained popularity, it was often used as herbal medicine.

Although there were no absolute scientific claims that the chrysanthemum flowers as a herbal medicine work, it was still used for a long time alongside other flowers and plants.

As a disclaimer, you should always wear gloves when handling chrysanthemums in the garden to avoid contact dermatitis.

It’s advisable to cook the chrysanthemums too (i.e. frying, boiling) and avoid eating it as is to avoid the natural toxins that it has. Combinations of pork, chicken, and celery to chrysanthemums should be avoided as well as it can be toxic.

Autumn is always associated with chrysanthemums in Japan and it has always been a part of Japan’s rich tradition and cultures.

Chrysanthemums have long been associated with the widely respected Imperial Seal of Japan and all the Japanese emperors that took the throne. Chrysanthemum is the symbol of the historic and iconic Japanese throne.

In the modern time, chrysanthemums are still widely celebrated with a number of festivals and events held all over Japan to commemorate the discovery and cultivation of this beautiful flower. Chrysanthemum has been a part of Japanese culture for centuries and it will forever be a part of Japan’s identity to its people and to the world.

We hope that this article helped you in learning more about the chrysanthemum as a symbol of the Japanese throne and its overall influence in Japanese culture. 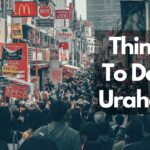 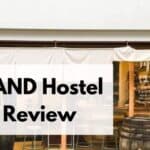