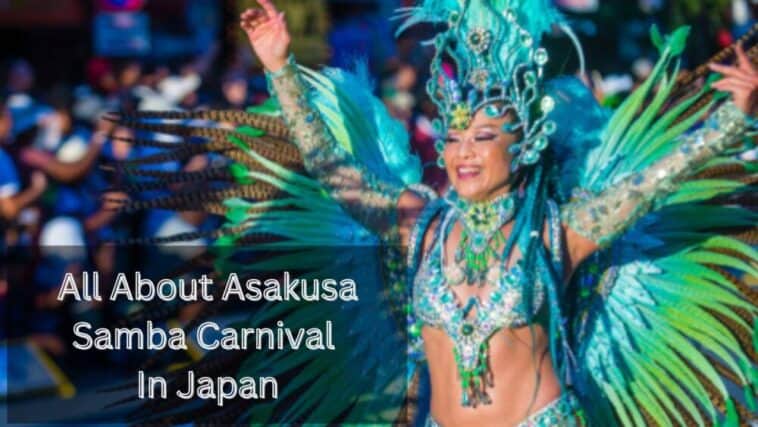 Get to know all about the Asakusa Samba Carnival in Japan, from its inception to the present day. This blog post will cover everything you need to know about this popular event.

Isn’t it wonderful to see a community come together to celebrate a special occasion? The mood is happy, and one can hear people laughing from every direction.

People have opportunities to socialize, spend time together, and gain valuable knowledge. Imagine this kind of gathering taking place on a much larger scale.

The streets are filled with partygoers, and the entire city is lit up in celebration. Well, this is called a carnival.

The literal translation is “the period preceding Lent when people celebrate with parties and large meals.”

There is a festival known as the Asakusa Samba Carnival that can be experienced in Japan that bears a striking resemblance to that of Brazil. In this article, we’ll take a closer look at this topic.

What Is Asakusa Samba Carnival?

Before we dive into it, let us learn more about how to say Carnival in Japanese. It is derived from the English word “carnival” [カーニバル].

In Japanese, the word for party or festival is omatsuri (お祭り), which also has the meaning of a carnival and can be used to refer to any kind of gathering or even an amusement park.

There is a word in Japanese for this event called Shanikusai (謝肉祭), which does a good job of describing the significance of this holiday. The character [謝] can mean either apologize or refuse, whereas the characters [肉] and [祭] each refer to a different type of food and festival, respectively.

Now that you are aware of the language and the words, let us understand what Asakusa Samba Carnival is.

The summer season in Japan is characterized by a plethora of exciting festivals, one of the liveliest of which is the Asakusa Samba Carnival, which takes place in Tokyo.

This colorful competition and parade of approximately 5,000 samba dancers and teams from across Japan attracts over 500,000 spectators each year when it is held in the neighborhood of 浅草 in Tokyo on the last Saturday in the month of August.

The teams each prepare their own samba, complete with dance, performance, and singing, and some of them even construct enormous floats. Every group has its own unique concept, which can include things like costumes, performances, dances, vibrations, and other elements.

It started in 1981 as an event intending to revitalize the town. The fact that the Asakusa Samba Carnival is actually a parade in the style of competition and that it is entirely modeled after the Rio Carnival is the most notable aspect of this event.

The official name of this event is the Asakusa Samba Carnival Parade Contest, which is a fact that only a select few people are aware of.

The competition draws in a significant number of viewers to watch it. At first, the teams were participating more in the costume competition than the samba parade.

Despite this, it has evolved into the genuine samba parade that it is today over the course of many years.

What Happens In The Carnival Contest?

Samba teams from all over the country compete in the annual Asakusa Samba Carnival Parade Contest. These teams are then sorted into one of two leagues: the S1 League or the S2 League. The teams are competing for positions.

In addition, the two teams that finish lowest in the S2 League standings will begin the paperwork screening process from the beginning, just like new teams that want to join the league the following year.

You won’t believe that over 20 teams participate in this contest!

Now if you are participating in a contest, there has to be a winner! Well, there are rules and regulations that you have to follow. Let us see how the judgment goes.

Expression of the theme, enthusiasm, costume, performance, dance and overall evaluation are the six fundamental factors that are taken into consideration.

In addition, for the S1 League, three elements, which represent team elements for approaching Rio’s carnival, have been designated, and points will be deducted if any of these elements are missing.

The ranking is done on the basis of the votes of ten judges, comprised of people who have connections to both Asakusa and Brazil, as well as celebrities, in addition to voting through mobile devices and the internet.

The procedure for tallying the scores is very similar to that used in Rio’s Carnival. The scores for the middle six contestants are added together to form the final score for the competition.

A score of sixty points represents a perfect score for each criterion is evaluated. There are six different factors, and the maximum possible score is 360.

As a point of comparison, the team that finished first in the S1 League in 2019 had a total of 344 points.

What Is The Best Spot To Watch?

If you are not participating, you can definitely watch and enjoy the carnival. There is going to be a crowd, so prepare yourself. Don’t worry! We have a great spot for you from where you can witness the great carnival.

One of the best places to view the Asakusa Samba Carnival can be found on Kaminarimon-dori Street, which is the street that runs in front of the Kaminarimon Gate of Sensoji Temple.

No matter how you look at it, there is no denying the fact that it will be an exciting experience.

Since it was previously stated that there would be a crowd, you should avoid going in the early morning. The beginning of the Asakusa Samba Carnival is an excellent time to watch the events and get a sense of how excited the entire city is about them.

Time And Date Of The Carnival

It begins at 1 pm and continues until 6 pm. This rudimentary time schedule will be used to determine when and in what league the parade will take place throughout the course of the five-hour carnival.

The parade is going to be 5 hours long. Make sure you plan your day accordingly and take break when necessary. It is important to also pick the events that you want to see and reach the right place in the right time.

What is Samba Carnival in Japan?

In Japan, summer is marked by a ton of lively festivals, and the Asakusa Samba Carnival is one of Tokyo’s most colorful ones! Similar to that in Brazil, there are various dancers who are a part of this carnival.

What are Samba dancers called?

Every year, each Samba school performs its own one-of-a-kind Samba Enredo, which is a song written in Samba style and based on a particular theme that identifies their parade.

Only the dancers who are known as passistas and the queen of the drums are allowed to dance to this song. The followers of the school are the only ones who sing it (Rainha de Bateria)

Which Country Did the Samba originate from?

Samba originated in Brazil. People around the world learn the dance form to either get a knowledge of the culture or to participate in carnival competitions.

How long does Samba Carnival in Japan last? 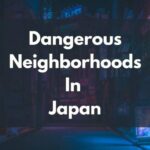 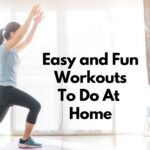