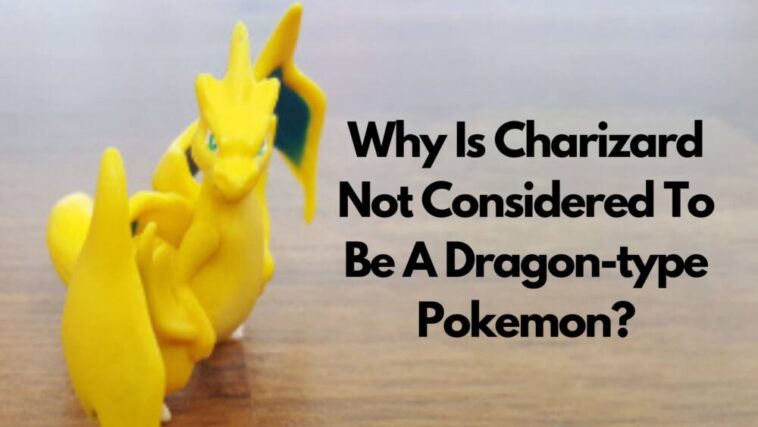 Preguntando a why is charizard not considered to be a dragon-type pokemon? Here’s why. Compruébalo.

The universe of Pokemon is filled with adventures, mysteries, and intricate theories that make the show quite intriguing to watch. Although Pokemon is a renowned franchise to most people there are countless mysteries within the Pokemon world that many people are confused about.

Just like the identity crisis of one of our favorite Pokemon, Charizard. Yes, it’s Charizard, the Pokemon who looks like a dragon and acts like a dragon but isn’t considered to be a dragon-type Pokemon.

Charizard isn’t considered to be a dragon-type Pokemon for two reasons. The first is Charizard had to be made a Pokemon with balanced powers for a Starter Pokemon in the meta-game. The second theory mentions that Charizard’s draconic genes are still inactive and can be activated if he Mega Evolves.

What is a Dragon-type Pokemon

Before we get into the discussion of Charizard’s identity, let’s take a look at the history and nature of Dragon-type Pokemon.

Dragon-type Pokemon are generally tough to catch and training them is even more complicated. They’re quite a rare species of Pokemon and have a longer evolution chain than most Pokemon.

These make them one of the most difficult Pokemon species to deal with.  There are 73 Dragon-type Pokemon with 13 of them being single-type Pokemon and the rest are Dual-type Pokemon.

Factually, Dragon-type Pokemon have higher statistics than other types of Pokemon and hence they could be regarded as one of the strongest Pokemon species.

Generally, most Pokemon who are of Dragon-type species have a reptilian outward form. However, the appearance of a Pokemon doesn’t conclude their original identity just like the case with Charizard. In addition, there are quite a few Dragon-type Pokemon such as Vibrava and Alolan Exeggutor who lack the reptilian physical attributes.

What type of Pokemon is Charizard?

Charizard is a duel type, fire and flying Pokemon which was initially introduced in Generation 1. It’s a huge Pokemon that has an appearance like a dragon and it has 2 stages of evolution.

His first evolution form is called Charmander which is a Starter Pokemon and it has the appearance of a baby dragon. It has a light orange color and has a small tail which has the fire burning constantly on its end. The interesting fact about its fiery tail is that if the flame is doused Charamander will die instantly.

Its second evolution form is called Charmeleon which has a much darker red color than Charmander. It has a larger body and a horn on the back of its head. It has a very strong tail and sharp claws.

Its final evolution form is Charizard which has an orangish yellow color. It developed new features after evolving such as two big horns on the back of its head, two large fangs and its most notable feature is its two large wings and then it became a dual-type Pokemon with flying and fire abilities.

Charizard has a Mega Evolution form named Mega Charizard X which is a dual Fire/Dragon type Pokemon and can be obtained once in the game if you select Charmander as your starter Pokemon. In addition, Charizard is one of the most powerful and strongest fire-type Pokemon in the entire Pokemon universe.

As one of the strongest Pokemon in the franchise, Charizard has a great set of prowess that are worth noting. He has the fire blaze which boosts its fire-type powers when it’s low in health.

Charizard has a hidden ability called The Solar Power which allows it to increase its Special Attack Power. It also exhales extremely hot air at its opponent which can burn them instantly. Charizard has burning fangs that can damage the opponent.

It can fly up to almost 5000 feet in the air with its large set of wings. Charizard’s wings also can attack opponents which can make them flinch. It has large and sharp claws that can slash its enemies causing them critical injury. It also has a few dragon-type powers like flame burst which allow Charizard to let out flames from its mouth.

With such enormous powers, Charizard is one of the best and strongest Pokemon you can choose in the video game. It has a high base stat than any other Pokemon group and Charizard’s total stat increases through Mega Evolution.

Why Isn’t Charizard Regarded As A Dragon-Type Pokemon?

Similarly, Pokemon like Gyarados, Milotic, and Aerodactyl have features of a dragon similar to Charizard but aren’t necessarily regarded as Dragon-type Pokemon.

There’s also a minor theory that hints that Charizard’s dragon-type genes are inactive and can only be activated once it achieves Mega Evolution form.

In the meta-game, there are a set of rules when Pokemon battle each other. One basic rule is that the Starter Pokemon has to be of either grass, water, or fire type. This is to make sure that they can balance each of their powers out.

Therefore, Charizard had to be a fire-type Pokemon in order to be a Starter Pokemon.

In addition, Dragon-type Pokemon are quite intense, invincible, and have a higher defense stat than most Starter Pokemon types.

The game developers put much thought when creating Starter Pokemon characters as they wanted all of them to be equal in power and stats.

This was mainly because they wanted players to choose Pokemon characters who all possess equal powers and if they had made Charizard a Dragon-type Pokemon it would be unfair because most players would choose Charizard as their starter Pokemon instead of the others.

Therefore the major reason for Charizard to not be a Dragon-type Pokemon is it had to be a balanced out Starter Pokemon and theoretically, Charizard’s dragon genes have yet to be activated.

Why Is Charizard Not Considered To Be A Dragon-type Pokemon: FAQs

Was Charizard meant to be a dragon type?

Charizard is the final evolution of Charmander which is a Starter Pokemon. It is a dual type Fire and Flying Pokemon. Charizard’s identity is often confused to be a dragon since he possesses the physical traits of a dragon. However, Charizard isn’t a dragon type Pokemon and the developers made him such because they wanted all Starter Pokemon to have a balanced set of powers.

Is Charizard a dragon or a Wyvern?

Is Mega Charizard a dragon type?

Is Charizard a legendary Pokemon?

Which Pokemon is not a dragon type? 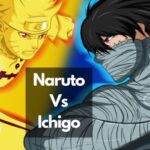 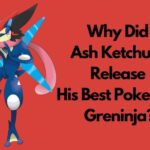