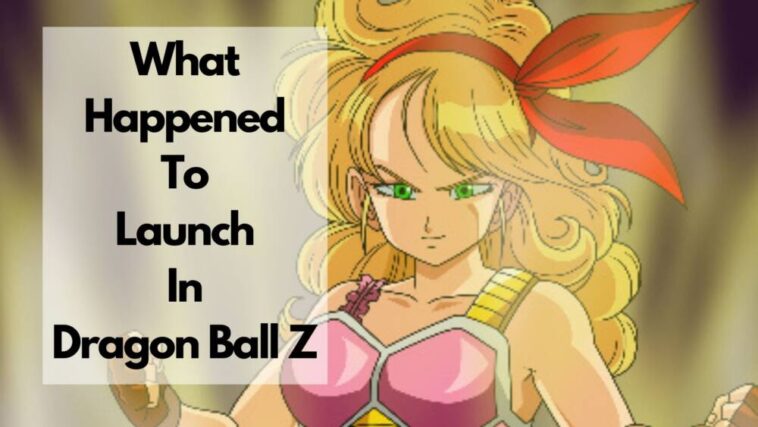 Here’s everything on what happened to Launch in Dragon Ball Z. Compruébalo.

Dragon Ball is one of the most memorable anime series that has remained in the hearts of several anime enthusiasts. The Dragon Ball Z manga series was written and illustrated by Akira Toriyama which was serialized in Weekly Shonen Jump in 1988.

The storyline of Dragon Ball Z is a continuation of the journey of Son Goku and how his allies defend the Earth from galactic threats and other magical creatures. The Dragon Ball Z anime series has several intriguing characters that have made the anime series enjoyable. One such character that’s worth talking about is Launch, in the Dragon Ball series.

Launch had a distinct personality that made fans shower their love on her but she suddenly disappeared from the series without any trace. That’s why we’re here to take a closer look at Launch’s life in the series and to know what happened to her.

What Happened To Launch In Dragon Ball Z

Who is Launch in Dragon Ball Z?

Before we move on to what happened to Launch in Dragon Ball Z let’s take a peek at who Launch is and how she was introduced to the action-packed fantasy series.

Launch is a young woman in the anime Dragon Ball Z who has a multiple personality disorder which makes her switch between two other personalities. This usually happens to her when she sneezes and she changes into a completely different person.

After changing to her second personality her entire appearance and character change. She becomes a blonde-haired woman with a short temper who’s capable of killing anyone with her gun.

With her second personality, she has been able to commit crimes for money in return and is a wanted criminal for a great record of crimes. Neither of the personalities has a memory of the other nor do they know they exist.

Since Launch has two different personalities her outfit changes whenever she switches personalities. Hence it’s best we look into what she wears when she’s in either of her personalities.

When Launch is in her first personality she’s seen wearing a light green crop tank top with yellow shorts and a red belt. She wears accessories like red shoes with green socks and fingerless gloves.

She has blue hair with a red ribbon and big blue eyes which makes her look cute and she helps Master Roshi with his training who’s a pervert and always looks for a way to touch her inappropriately.

However, he mostly fails at it because Launch gets her nose tickled and she sneezes, changing her into the criminal Launch.

When Launch switches to her bad personality her hair becomes blonde and her eyes become thin. Her outfit changes to a pink tank top and black pants with white knee pads and red gloves.

She also carries a machine gun with her with which she attacks others. Goku, Krillin, and Master Goku are extremely afraid of Launch’s bad side because she shoots them with her gun and they run away from her despite being powerful enough to resist the bullets.

Despite switching personalities, Launch still has her red hair bow and her machine gun with her at all times.

When was Launch introduced in Dragon Ball?

Launch was introduced to the Dragon Ball anime in an episode where she’s in her criminal personality and she’s seen robbing a train and the police are chasing to catch her.

She suddenly sneezes mid chase and she returns to her innocent personality without any reminiscent of what she was doing there. She’s then saved by Goku and Krillin who were going on a quest to find a girlfriend for Master Roshi.

Goku fights the police while Krillin hides and then they take Launch to Kame House where she meets Master Roshi. Launch decides to stay with them and train so she can remain hidden from the authorities.

She changes her personality from time to time and attacks Goku, Krillin, and Master Roshi, hence she decides to just stick with cooking and cleaning instead of training how to fight.

Is Launch from the Saiyan race?

Saiyan is a race of alien beings in Dragon Ball who were strong and extremely skilled combatants. Launch is sometimes mistaken for being a Saiyan because of her multiple personality disorder which is confused with Super Saiyan Transformation. Launch is definitely not a Saiyan but rather an ordinary human being with a multiple personality disorder.

However, fans are confused why the color of her hair and her entire attire changes when she switches personality. Another confusion among the fans is why Launch’s innocent personality doesn’t give heed to the machine gun she carries with her all the time when she doesn’t like to fight.

Super Saiyan females are known to have black hair and eyes and their hair doesn’t have any spikes which are why most fans theorize Launch might be a Saiyan. However, Launch may not be a pure Saiyan but could be a hybrid of Saiyan with a mixture of their DNA in her although this theory wasn’t confirmed by Akira Toriyama.

In fact, Akira Toriyama mentioned in an interview that he changed the hair color of Launch from blue to blonde to make things convenient for his associate since they had to spend more time coloring the hair of other characters.

Is Launch in love with Tien?

When Launch decided to work in Kame House, Goku, Krillin, and Master Roshi practiced for the upcoming 22nd Martial Arts Tournament. During the tournament, Launch switches personality from time to time which was a comical experience for the viewers as she attempted to interrupt the tournament. At the end of the tournament, Launch meets Tien before he battles against Goku. This is when they both begin to have a romantic relationship.

Later on, Launch and the group find Krillin dead and they all try to find clues to find the murderer. During this time Launch was in her criminal personality and she felt quite sad for Krillin along with the others.

In Dragon Ball Z, Launch is seen with Tien and Chiaotzu throughout the end and she was in her criminal personality. Tragically, Tien is killed and Launch is in a bar grieving for Tien. These were the final moments of Launch in the Dragon Ball Z anime series and she disappeared after Tien’s death.

The sudden disappearance of Launch in Dragon Ball Z has got people thinking that she was killed in the series. Launch was last seen being depressed over her lover Tien’s death in a bar. She was later only seen in flashback memories throughout the series and fans were eager to find out what happened to her.

After several years, the creator of Dragon Ball, Akira Toriyama was questioned about Launch’s disappearance in the series and he confessed that he completely forgot about her character hence why she did not continue to appear in the series. Hence, fans can rest assured knowing that Launch isn’t dead but the character was forgotten by the creator.

Will Launch be back in Dragon Ball?

Launch is one of the likable and memorable characters in the Dragon Ball series. Her distinct personality disorder and the comical moments that are created when she switches personality have entertained fans throughout the series. Her disappearance was definitely not welcomed by fans as they wanted to see more of her in the series.

As Akira Toriyama stated that he likes to create more characters in the anime which was what made him forget the character of Launch. He in fact mentioned that he loses count of how many characters he’s created.

For the time being, fans can rest assured that Launch is still alive in the series. If Akira Toriyama has a fixed character arc for her there are chances Launch might return in future Dragon Ball projects however, it’s uncertain if or not she’ll return.

What happened to Launch in Dragon Ball Z: FAQs

What happened to Tien and Launch?

In the Dragon Ball Z anime, Tien and Launch were in a romantic relationship that ended too soon. Tien was dead after his intense fight with Napa and this puts Launch into depression. Launch can be seen mourning Tien’s death in a bar and that was the last time Launch was present in the anime.

Tien and Launch meet for the first time during the 22nd Martial Arts Tournament. Once the tournament ends, Launch and Tien begin developing feelings for each other and eventually start a romantic relationship. However, Tien tragically dies after a fight with Napa, and Launch is left depressed afterward.

Why did Launch disappear in DBZ?

The disappearance of Launch in the Dragon Ball series caught everyone off guard. According to TvTropes, the creator of Dragon Ball, Akira Toriyama stated that he forgot about Launch’s character hence why she did not make an appearance in the rest of the series.

Is Launch dead in Dragon Ball?

Launch made her final appearance in the Dragon Ball series when her lover, Tien died. She mourned his death by spending time at the bar where she drowned all her sadness. However, Launch is not dead in Dragon Ball as Akira Toriyama stated that he forgot about her character.

Is Launch a Super Saiyan?

Launch has a multiple personality disorder which causes her to change into an entirely different person from her real self. This confused some of the fans to think that she was s Super Saiyan. However, Vegeta didn’t sense any S-cells in Launch hence she isn’t a Super Saiyan. 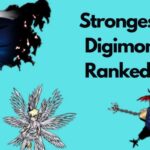 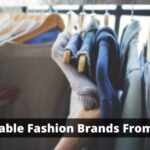