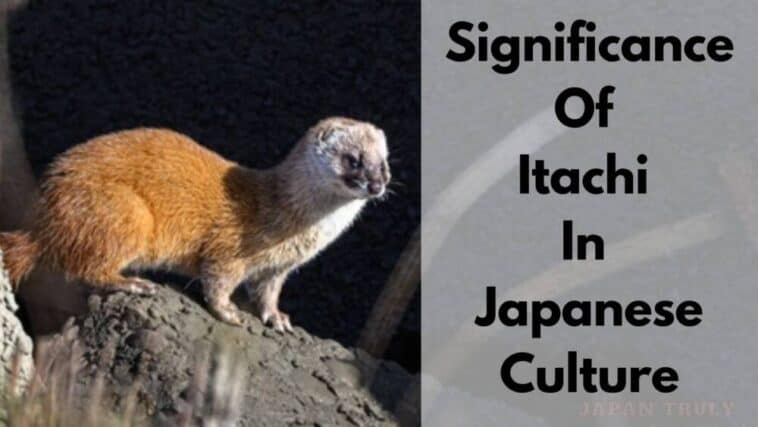 Weasels look terribly cute but have different symbolic values based on the era and background setting.

While Ancient French lore considered them as good luck,  the Ancient Greeks regard seeing the Weasel crossing one’s  path as bad luck.

In Japan, the term Itachi means weasel and just like in Europe, they are considered to be devious, evil and bad omen associated with death.

In some cases, they even believe  an itachi is able to hypnotize and possess people just like Itachi genjutsu from Naruto.

El nombre Itachi Uchiha was chosen for him because of the character’s  background story of killing his entire family.

In this article, we will be not only breaking down the meaning and significance of itachi in Japan but also a little more on Itachi’s character.

Meaning Of Itachi In Japan And Its Significance In Japanese Culture

The Japanese Weasel or Mustela itatsi is a carnivorous mammal that is classified as a subspecies of the Mustela sibirica or Siberian weasel.

Itachi (イ タ チ) of itasi is the name given to the species, they can be found on the islands of Shikoku, Honshu, and Kyushu.

Significance of Itachi In Japanese Culture:

The Japanese weasel has become an important word in the Japanese language. ‘Weasel play’ or ‘itachi gokko’ both refer to repeating the same message.

There is another saying-’Itachi no saigo-pei,’ which translates to ‘the last fart of the weasel.’ This is used to describe the last words of an unpopular speaker.

It is also used when a person displays bravery only when there are no formidable opponents.

However, all these phrases do not really reflect the true temperament of the Japanese weasel.

Even though it is depicted in bad light, the Japanese give Itachi  as a baby boy’s name with the hope that the name will have all the good attributes associated with this term such as power and strength.

Itachi are regarded as pranksters and tricksters, but are generally shy around humans so they are often disliked and not trusted.

Their calls are considered to be ill omens because after their cries are heard, there is usually despair and misfortune that  always follows.

A village Japanese legend states that the Japanese weasels have the ability to transform into the Japanese marten  and use all kinds of magic when it reaches 100 years of age.

The yōkai named Kamaitachi (鎌 鼬) is depicted with sharp, long nails that are shaped like sickles.

This yōkai is found throughout Japan, but is mostly located in the snow-covered north of Honshu.

They are dangerous in groups as they gather together in the dark and climb up onto each other’s shoulders to create columns of fire which break out into whirlwinds. These are frequently blamed for starting these fires which burn down entire towns.

When you see an itachi standing on its hind legs, it is believed  to be bewitching a human and hypnotizing them into performing tasks such as leaving out food for the weasel’s benefit.

Itachis are considered to possess many forms and are very skilled shape-changing animals.

They also adopt various forms of  yōkai to scare humans. Some examples include-

They tend to take the form of a young priest boy dressed in clothes that are loose for him. They do this to acquire alcohol, which they cannot brew.

Another one is the ōnyūdō which is a big, bald-headed giant who terrorizes villages, and destrous homes, livestock and eats people.

Japanese weasels live solitary lives and because they are prey on many species.

Their temperament and activity is largely controlled by many needs such as mating, feeding cubs, finding food, avoiding predators and harsh weather conditions.

They make different  cries and sounds that include barks, squeals, hisses and trills used in various scenarios and circumstances.

They line their dens with feathers and grass and store their food in special hiding places.

They hunt according to their hunger whether it is day or night and hunt mostly along rivers, meadows and suburban areas.

Japanese weasels are outstanding climbers,  swimmers, runners, and are able to reach prey even in difficult places.

They inhabit shrublands, plantations, forests and grasslands and are widespread throughout Japan.

They are not found in any of the large cities and their coexistence in the countryside poses a danger to their own lives as many of them  die on the roads.

Portrayal Of Itachi In Anime

If you are a fan of anime then you will know who Itachi is from Naruto, the famous fictional character and one of the best ninjas in anime.

Itachi is used as a slang term and considered to be an ill omen. Itachi is a very complex character known to have incredible skills and abilities such as strength, power and high IQ level.

Itachi is a popular villain of anime that killed his entire clan besides his brother to show his power. So, the word Itachi represents the sign of bad deeds and power.

Since the character is famous as a bad omen, the slang can be used for anyone with bad intentions, evil signs, evil deeds and bad luck.

Itachi is not only the  antagonist but also portrayed as an  emotionless character who murdered his clan.

Itachi is also used as a verb which means: ‘to kill everyone around.’ You too can use the Itachi slang in the right context and enhance your Japanese vocabulary.

What is the diet of a Japanese weasel?

The Japanese weasel’s diet includes frogs, reptiles, crayfish and mice besides fruits, berries and other seeds. While female wesels  tend to eat a mix of insects, earthworms and fruits, the male wesels tend to eat crustaceans and mammals. Their diet depends upon the availability and scarcity of certain foods, while their stomachs can only hold about 10-20 grams of food.

Are they used as Vermin Control?

The Russian and Japanese governments used the Japanese wesels to solve the rat rat problem on Hokkaido in the 1880s. They were also introduced in 1932 to southern Sakhalin,  Russia to control the vermin population. However, they have affected the population of Japanese songbirds especially in  Miyake Island as they prey on the bird’s eggs and chicks.

In this article, we have explained the meaning of Itachi and how it is considered a sign of bad luck. To conclude, there are some other  fascinating facts about Itachi:

For starters, It has double meanings in the Japanese language-One is bad deeds referred to as wesel and the other one is power.

You will find many Japanese boys with the  name Itachi because people believe that this name gives boys power.

Itachi can also be used to describe someone who has strength and good looks.

Itachi is a famous anime  character that is known for his incredible powers. Writers use this slang for anyone who shows great power and for a wesel person.

The Itachi also have the strength and powers of technology.

We hope this article will help you gain more insight on this subject. Also, feel free to reach out to us with any queries. 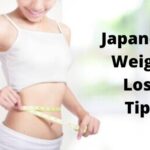