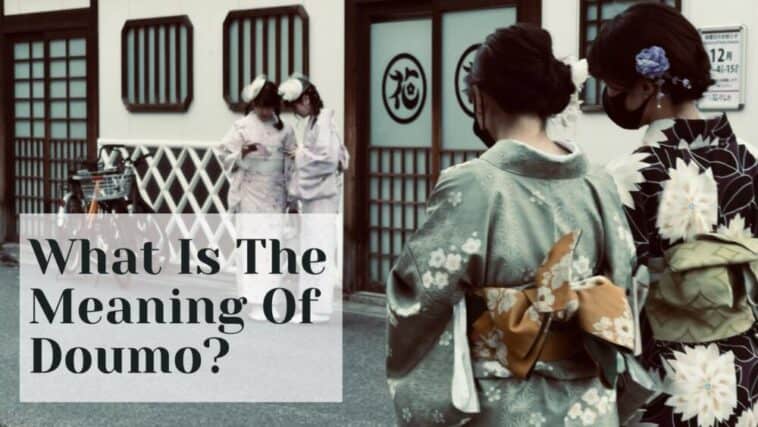 Wondering what’s the Meaning Of Doumo? Read on to find the detailed meaning of Doumo in Japanese

Have you ever been to Japan? Or interacted with friendly Japanese people? Or perhaps you have watched a number of binge-worthy anime series. Wherever it may be, if you have looked deeper into Japanese culture, you’ll notice and hear the word “Doumo” (どうも) a whole lot.

Japan has a rich culture and history, it can be seen in their ancient buildings, cuisine, and an underrated part of their wonderful heritage is language. For this article, we’ll dive deeper into the language aspect of Japan.

Over the centuries, the Japanese language was formed and enriched by the Japanese people and in the present, we see it evolve right in our very eyes. And the word “Doumo” (どうも) has been a part of this and we’ll see how it is used and its different meanings.

So, what are you waiting for? Let’s get started with the article!

What Is The Meaning Of Doumo?

The Word Doumo And Its Different Meanings

In a lot of urban dictionaries and modern dictionaries as well, the western culture has adapted the word “Doumo” (どうも) and given it the literal translation of “Thank you”, but in reality, it is quite far from that. In fact, the word “Arigatou” (ありがとう) is the one that means “Thank you” in Japanese.

To put it more simply, saying “Doumo” (どうも) is like saying the word “Very”, and it can be interpreted in a lot more ways as well. This proves the complexity and deeply cultured traditions of the Japanese language.

Other meanings could be:

Although it is true that the word “Doumo” (どうも) could mean a lot of phrases, the Japanese people usually just use “Doumo” (どうも) to thank someone, say goodbye to someone, and greet someone.

Using the word “Doumo” (どうも) for other meanings or sentences could confuse the person you’re talking to so you should be wary of that.

Indeed, the word “Doumo” (どうも) could be used to mean a lot of things but there are more proper and formal ways to convey the same thoughts that “Doumo” (どうも) gives off.

For starters, it is better to use “Ohayō gozaimasu” (おはよう ございます) to greet somebody with “good morning”. You can use “Konnichiwa” (こんにちわ) to say “hello” or “have a great day”. Lastly, you can use “Konbanwa” (こんばんわ) to say “good evening”.

These are more proper and formal ways to greet and bid farewell to somebody in Japan in contrast to the word “Doumo” (どうも), but of course, there are still instances wherein it is completely understood and accepted to use “Doumo” (どうも) instead.

When To Use The Word Doumo

As mentioned earlier, the most common use of the word “Doumo” (どうも) is to thank somebody and it is always used before the word “Arigatou” (ありがとう). To add to the formality, you can say “Doumo Arigatou Gozaimasu” (どうも ありがとう ございます) which is the most formal way of giving thanks to somebody.

Alternatively, you can just use “Doumo” (どうも) to thank someone but this is in the informal spectrum of the Japanese language and you need to be wary of this as well and just use this to people you are close with or in the same age bracket as you.

The convenience of the word “Doumo” (どうも) makes it the go-to word of some Japanese people to quickly thank someone in certain situations wherein you have little to no time to give thanks or gratitude.

On the side note, the word “Doumo” (どうも) could also be used when you’re asking for favors because it could also mean the expression “Thanks, and sorry for the inconvenience”, or “Thank you, and sorry for bothering you”.

In addition, the word “Doumo” (どうも) can also be used to excuse yourself outside of a conversation. Although it is important to take note that this applies to impromptu conversations only and not planned meetings.

This is commonly used by Japanese when peers or colleagues initiate small talk with them and whenever the conversation would start to die out, using the word “Doumo” (どうも) to excuse themselves saves everyone from the awkward silence.

An example of this is running into a friend at the train station or seeing your old teacher at your local supermarket. You can use the word “Doumo” (どうも) to say and mean “Excuse me, I have to go now”, and the like.

The last casual use of the word “Doumo” (どうも) is when you just accidentally bumped someone on the road or in public transportation. Since the situation is sudden and quick, the Japanese people would often just use “Doumo” (どうも) to say “Excuse me, sorry”.

Just like in the previous example, this is an acceptable use of the word “Doumo” (どうも) because the situation took you by surprise and instead of saying nothing, it is more acceptable to say “Doumo” (どうも) instead to acknowledge what happened and to show proper manners.

Lastly, it should be a lasting reminder to avoid being casual with strangers or elders when you’re in Japan. As much as possible, try your best to use formalities to show respect.

The Japanese people are very critical with respect and hierarchy; they give the utmost respect to their elders and to strangers as well which is why it is expected of you as well. When conversing with strangers and elders, it is best to use formal greetings.

The Word Doumo In Conversations And Texts

In the sentence above, the word “Doumo” (どうも) was used to indicate that the person is having a hard time comprehending a certain phrase.

For the above statement, the person used the word “Doumo” (どうも) to express that he/she hasn’t been feeling well the past few days.

In this third expression, the word “Doumo” (どうも) was used as a means to express cluelessness and the inability to understand a certain situation or question.

For this expression, the word “Doumo” (どうも) was used to explain the magnitude of an expression. In this case, it was used to say that the merchant has been a lot more annoying than usual.

The examples given above may be written or understood in a different way and that’s because of the complexity of the Japanese language; it doesn’t necessarily mean that if it is used in a different context then it is already wrong.

Fun Fact About The Word Doumo

Just like in western countries, mascots are popular in sports teams and the like. Mascots of different varieties, colors, and designs are loved by Japanese people, especially children.

With that being said, and surprisingly enough, there’s also a mascot dedicated to the word “Doumo” (どうも)! Named Domo-kun (ども – くん), he is the official mascot of Japan’s public broadcast station, NHK.

When To Use The Word Doumo

The Japanese language is an underrated part of Japan’s rich culture and traditions. One of these words is “Doumo” (どうも) and its complex yet very useful meanings are what make it a household expression among the Japanese.

Despite its many uses and convenient setup, it is still better to prioritize showing respect, especially to strangers and elders. But, there are situations where using the word “Doumo” (どうも) is completely fine and understandable.

We hope that this article has helped you learn everything about the word “Doumo” (どうも) and its practical usage.

We hope to see you again in our next posts! 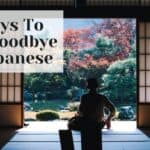 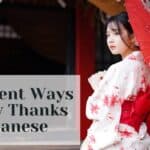