Here’s everything you need to know about the Kubo and the Two Strings cast and the movie itself! From it’s inception to the story behind it, and how it was painstakingly made frame by frame.

A lot of hard work has gone into the making of this movie and it’s definitely worth a watch! Read on to find out more.

What is Kubo and the Two Strings Based On?

Kubo and the Two Strings is an epic-action adventure movie that was released in 2016. It is the tale of a Japanese boy who sets on a quest in the mythical and ancient Japan.

Kubo and the Two Strings cast has done an exceptional job! The American stop-motion drama is a rarity in the American film industry.

The main reason for this is that apart from Hayao Miyazaki’s films, only a few animated works set in Japan have found their way to release in the United States.

It is one of the masterpieces in the world of stop-animation. This brilliant movie has gained a lot of popularity and critical acclaim from all over the globe.

So, let’s see how the brilliance of the story, technique, craftsmanship, technology, and the voices of the artists elevate the splendor of the movie and give it the success that it still enjoys.

Here’s all that you need to know about Kubo and the Two Strings and what went behind making it!

Kubo And The Two Strings Characters: About Kubo

Kubo, a young boy, along with Monkey and Beetle, must find his father’s legendary suit of armor in order to defeat an evil spirit.

The young boy makes his living humbly by telling stories to the people of his seaside town. He leads a quiet life, which is shattered when he accidentally summons a spirit from his past.

This requires him to go on a thrilling adventure to save his family and solve the mystery of his fallen father. His father was one of the greatest Samurai warriors the world has ever known.

With the help of his musical instrument, Kubo must fight both gods and monsters to unlock his legacy’s secret and reunite his family.

The Kubo And The Two Strings Cast Is Pretty Impressive!

The cast of Kubo and the Two Strings is full to the brim with talent, as you may already know. The casting has been done so well that no voice acting has gone to waste.

Each actor helps build the unique and gripping tale of a young boy, Kubo. The young boy goes on an adventurous journey to defy and defeat the evil supernatural deity called the Moon King.

He is helped by his companions – the monkey and the beetle. In the end, he has to fight and win to save his family and reunite everyone.

The movie has every element of a blockbuster and the cast of the movie only helps alleviate the success of the movie.

Kubo And The Two Strings Cast and Characters

So, whose voices can you recognize behind these famous characters? Let’s find out!

So you see! The Kubo and the Two Strings cast really is pretty impressive!

While the movie was loved for its story and craft, it still received a lot of criticism for its casting.

What Is It about the Kubo And The Two Strings Cast?

The movie is set in ancient Japan, but despite this, the casting of the movie is predominantly white.

The role of Kubo is voiced by Irish actor, Art Parkinson who is famed for his role as Rickon Stark in the Game of Thrones.

The monkey and the beetle, Kubo’s companions, are given voice by Charlize Theron and Matthew McConaughey respectively.

The sinister voice of the evil twin sisters is of Rooney Mara, whereas Ralph Fiennes brings the character of the Moon King to life.

The only prominent Japanese actors that have given their voices in the movie include George Takei and Cary-Hiroyuki Tagawa. However, they both have minor roles in the movie.

The lack of Asian voices in the movie caused a stir and the opinions regarding this were made heard on Twitter by the public.

However, CEO of Laika, Travis Knight says that the main point when casting people for the roles is how well they can portray the emotions of the characters. The actors only have their voices to portray the characters, and that’s what’s important.

If we look at the casting scene from 20 years ago, we can see that in those days, a lot of unknown voiceover artists were selected for the jobs.

However, that is no longer the case today. Animated movies of today require voice artists of high caliber and fame.

Today, the cast is chosen based on their quality, which equals their familiarity and fame. A voiceover celebrity who is well-known by the public is going to be good for the movie.

Where Was Kubo And The Two Strings Made?

Laika is a star on the rise. Founded by Phil Knight (the founder of Nike) and his son Travis, the stop motion animation company came to prominence in 2009 with the animation of “Coraline”, renowned author Neil Gaiman’s novel.

Now, with “Kubo and the Two Strings”, the sky’s the limit for this young animation studio.

The stop-motion animated movie is set in a fantastical version of Japan as dreamed by Laika.

Is Kubo And The Strings Claymation?

Yes in fact it is!

For the unacquainted, claymation or clay animation uses figurines and models rather than drawing characters on a page, painstakingly moving them bit by bit and filming the movements at 24 images per second before stringing them together to make it look like animation.

Brad Schiff, the supervising animator behind Kubo and the Two Strings, traveled to Japan for the first time at the end of October 2017, just before the release of the movie.

In an interview, he spoke about what makes Laika tick and what happens behind the scenes of this animation studio.

Where Is Kubo And The Two Strings Set?

What made Kubo such a smash hit was because of its setting: 17th Century Japan during the Edo Period, to be precise.

Shannon Tindle, a character designer, and filmmaker from America had previously collaborated with Laika for the movie Coraline.

This time around, he wrote the story for Kubo and the Two Strings. Director Travis Knight said, “A lot of people on Laika’s staff are big fans of Japanese anime and Movies. I’ve also been a big fan of Kurosawa and Ghibli movies. While growing up, I was a big fan of Ultraman".

His only concern: would they be able to express the beauty of Japan’s olden days with the latest technology?

He was confident because of their team’s capabilities.

All aspects of Japanese life, culture, and design had been taken into consideration in the making of Kubo. They researched Katushika Hokusai and incorporated his art style in the woodcuts for the houses and art in the movie.

Even the clothing of the characters was researched, with the designers fashioning clothing based on the outfits of the Japanese Imperial family.

Nailing The Kubo And The Two Strings Casts’ Body Language

The other aspect which the animators paid attention to was the character’s body language.

From the way Kubo played the shamisen or how he prayed in front of the tomb, the creators wanted to respect Japanese culture and sensibilities and ensured that they got the body language right.

“Even the samurais who appeared in the movie were given the exact movements and style, and this was possible only by watching Kurosawa movies repeatedly,” says Brad Schiff.

Craftsmanship In The Kubo And The Two Strings Movie

These dolls are photographed and put them all together to animate them. Here’s a snapshot of the process.

Asking Brad about his toughest challenges in the movie, he said, “One of the scenes that I especially struggled with was the fight against the huge skeleton that comes out in the middle of the movie, which would have been bigger than a human being. So I was actually thinking of synthesizing the skeleton with CG at first, but then the director told me  “Let’s go with the full size!”

As a result, I got a puppet of 16 feet (4.9 m) in height. It is the largest ever in the history of a stop motion animation studio.”

Apart from the big puppets, many tiny puppets were used in the movie.

For example, Hanzo is the origami character that was 70 cm in height. In one scene with Kubo, Hanzo had to be made smaller to show a height comparison with Kubo.

Laika: The Birthplace Of Kubo And The Two Strings Cast

Laika attempted making dolls with 3D printers for the movie. The best part about stop motion animation is getting a delicate and accurate animation that enthralls the audience. 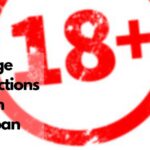 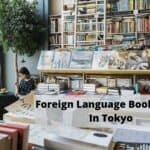