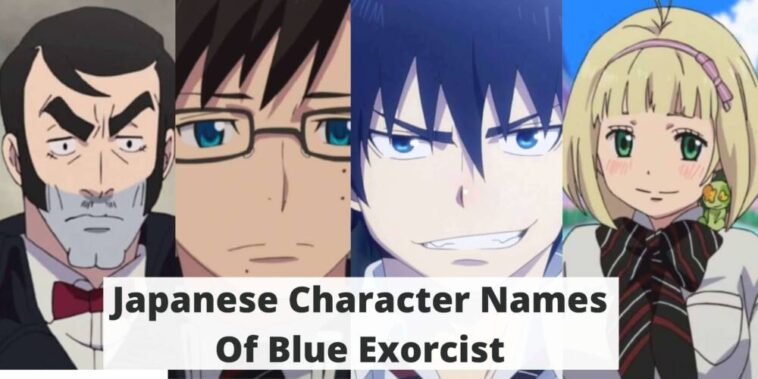 Are you fond of the Blue Exorcist anime and want to know the Japanese names of the characters? Well, check them down below as you’ll find their full names in Japanese and what they could possibly mean in English.

Satan seeks to enter the human dimension and take control of it, however, he’s unable to do it unless through the possession of a human being.

Okumura Rin is one of the Japanese names of characters from Blue Exorcist who is the protagonist. Rin and his twin brother Okumura Yukio are the offsprings of Satan who impregnated a human woman named Egin Yuri intending to use his offsprings to enter the human dimension.

Rin and his brother were raised by a man named Fujimoto Shiro. Although Rin wasn’t aware of his origins he later learns about them after Satan kills their adoptive father.

Rin has pale skin with black hair and a slight blue shade and when Rin turns into a demon he possesses completely contrasting features that make him look diabolical.

Rin’s surname Okumura has the first kanji letter (奥) “Oku” which means inside and the second kanji (村) “Mura” means village. Rin’s name has only one kanji letter (燐) which means fireball which represents his ability to ignite a fire.

Okumura Yukio is one of the main characters from Blue Exorcist and the younger twin brother of Okumura Rin. Yukio knew about their Satanic origins through their adoptive father Fujimoto Shiro even before Rin learned about it.

Yukio was trained to be a clandestine exorcist by Shiro and was always told to protect Rin. He later passed the Exorcist qualification exam and then joined the True Cross Academy to work as a teacher.

Yukio has pale skin, brown hair, and teal blue eyes. He has a kind personality and is very protective of his brother. Similarly, Yukio’s surname, Okumura has two kanji letters 奥村 which mean “inside” and “village”.

Fujimoto Shiro is one of the key characters from the Blue Exorcist series. He’s the adoptive father of both Rin and Yukio. Shiro was a priest and an exorcist who secretly trained Yukio to become an exorcist in order to protect Rin.

Shiro was also the Paladin of the True Cross Order. Unfortunately, Shiro was killed by Satan when trying to protect Rin. Fujimoto Shiro is one of the Japanese names of characters from Blue Exorcist.

Shiro is a man with tall stature and a slender figure who’s highly skilled despite being in his late 40s. Shiro’s surname Fujimoto has the first kanji letter (藤) “Fuji” which means wisteria flower and the second kanji letter (本) “Moto” means book.

Meanwhile, Shiro’s name has the first kanji (獅) “Shi” which means lion, and the last kanji (郎) “Ro” is a common ending for boys’ names in Japan.

Kirigakure Shura is one of the main characters in the Blue Exorcist series. She’s an Upper First Class professional exorcist who trained under the supervision of Fujimoto Shiro. She also gained the Meister title and is an inspector at the Vatican.

Shura is also the mentor of Rin. Shura is a carefree woman who’s very blunt and straightforward. She has long hair that has a faded red color with blonde ends, a curvaceous figure, and large breasts.

Shura’s surname Kirigakure has the first kanji letter (霧) “Kiri” which means mist and the second kanji letter (隠) “Gakure” which means to hide meanwhile Shura’s name is written in katakana letters (シュラ) and doesn’t have a specific meaning.

She’s an exceptional student who excels at her studies and is also an Exwire in the academy. However, she’s very rude to her classmates and treats them harshly due to her arrogant attitude. Later it was revealed that Izumo has had a rough past.

One of Izumo’s notable features is her eyebrows which are round shaped just like ancient Japanese princesses. She has red eyes and long purple hair as well.

Moriyama Shiemi is one of the main characters in the Blue Exorcist series. She’s one of the Exwires or exorcists from the True Cross Academy. She’s also training to become a Tamer.

As the anime progresses Shiemi is revealed to be one of the Sol and founders of the Order. Moriyama Shiemi is one of the Japanese names of characters from Blue Exorcist.

Shiemi is a girl with fair skin, green eyes, and straight blonde hair. Shiemi’s surname has the first kanji (杜) means forest and the second kanji (山) means mountain. Shiemi’s name is written in katakana letters but has different meanings if written in kanji letters.

Ryuji comes from a reputable family and his father was the Head Priest of a temple that was annihilated by Satan. Suguro Ryuiji is one of the Japanese names of characters from Blue Exorcist.

Ryuji has an intimidating appearance and looks like a stereotypical bully. However, he’s a serious person who’s determined to achieve his goals without fail.

Suguro Tatsuma is the father of Suguro Ryuji and he was one of the priests in a temple that was destroyed by Satan on the Blue Night.

Fortunately, Tatsuma survived the calamity while many other priests didn’t and hence Tatsuma was nicknamed Priest of the Cursed Temple. Tatsuma is bald-headed and has a mustache that’s divided and is shaped like an oval.

He mostly wears his priest robes despite not being a devoted priest. Suguro Tatsuma is one of the Japanese names of characters from Blue Exorcist.

Tatsuma is an alcoholic who spends most of his time around women and he doesn’t take his job quite seriously. He’s usually absent when there are meetings with other priests in the temple.

Tatsuma’s surname Suguro has two kanji letters (勝呂) which mean victory and backbone while Tatsuma has the first kanji (達) which means tree and the second kanji (磨) means genuine.

Shima Renzo is one of the key characters in Blue Exorcist who’s an Exwire and also the childhood friend of Suguro Ryuji. He works as a double agent for the True Cross Order and the Illuminati.

Renzo has dyed pink hair, pale skin, and an average body. He’s also the only exorcist to have a nonchalant attitude even during serious times. He’s quite friendly and became friends with Rin despite knowing he was Satan’s son.

Renzo’s name has two kanji letters (廉造) which mean the third son. Renzo is one of the Japanese names of characters from Blue Exorcist.

Tsubaki Kaoru is one of the key characters in Blue Exorcist who works as a Physical Education teacher in a cram school. He’s nicknamed OI Sideburns by his students due to his thick and unique sideburns.

He also has thick eyebrows and an awkwardly shaped chin. Kaoru prioritizes his lover/wife that he even walks away from class just to talk to her. Tsubaki Kaoru is one of the Japanese names of characters from Blue Exorcist.

Kaoru is a protective teacher who has the utmost care for his students. Kaoru’s name only has two kanji letters, the first kanji (椿) “Tsubaki” means camellia flower, and the last kanji (薫) “Kaoru” means fragrance thus the meaning of his name depicts the fragrance of the camellia flower. 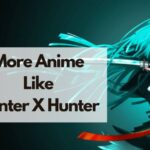 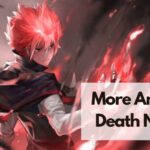