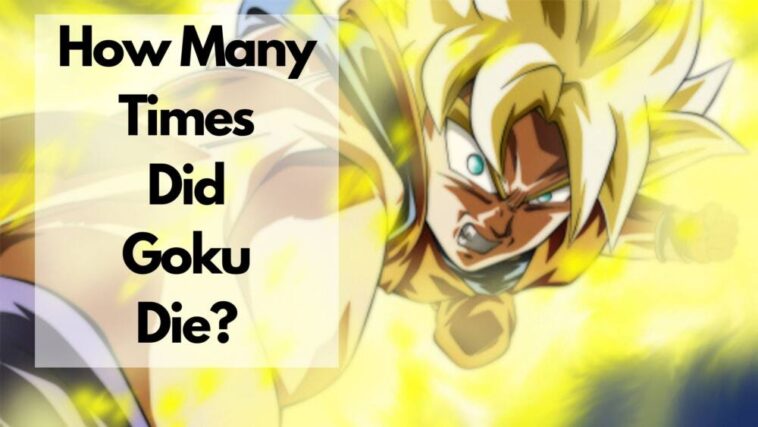 Read on to find out how many times did Goku die in Dragon Ball. check it out!

Dragon Ball Z features some of the most invincible and strongest characters in the anime fandom that we may perceive are unable to die since they’re portrayed as indestructible.

One particular character’s death we’re here to talk about is Goku, the protagonist of the Dragon Ball franchise.

It may surprise you as to how the main protagonist of the anime can die. Well, that’s why we’re here to provide you with how many times Goku has died and who killed him.

How many times did Goku die?

Goku is the main protagonist of the Dragon Ball franchise and has faced deaths a total of 7 times in the anime and manga series, video games, and movies.

Son Goku and His Powers

Goku, who’s also known as Son Goku and Kakarot is the main protagonist of the Dragon Ball franchise.

Goku is an extraterrestrial being, specifically from the Saiyan race who was sent as an infant to Earth on a mission to annihilate the planet. However, after an accident upon his arrival, Goku forgot his past memories and his original identity as a Saiyan being.

As a result, Goku grew up as an ordinary boy who was raised by a human being. He grew up learning martial arts and improving his combat abilities which made him one of the strongest defenders of Earth.

He learned about the Dragon Balls through Bulma and they went looking for it. Goku eventually partook in countless martial arts competitions and became a champion.

One day another extraterrestrial being called Raditz arrives at Earth in search of Goku. Once he meets Goku he reveals that Goku is from the mighty Saiyan race and the long-lost brother of Raditz who was sent to destroy Earth. Raditz requests Goku to team up with him to complete his unfinished mission but Goku denies it and pledges to defend Earth at all costs.

Since Goku is basically a space being, he has a wide range of abilities that cannot be matched by most characters in Dragon Ball.

He possesses superhuman strength, speed, enhanced senses, great durability, and an immense amount of endurance. He’s extremely skilled at hand combat and can instantly copy the movements of his opponents.

He also possesses telepathic powers, spirit control, and Ki sense which make him one of the most powerful characters in the franchise.

Given that Goku is the main protagonist of the show and one of the strongest characters one might wonder how he was killed. To kill Goku, the opponent had to be equal to him in terms of power or much stronger than Goku itself. Let’s take a look at the number of Dragon Ball characters who were able to kill Goku.

The first on the list of people who killed Goku is none other than Goku’s long-lost alien brother, Raditz.

Raditz initially met Goku when he came to Earth with Vegeta and Nappa as they planned to recruit Goku to help them fulfill their missions and become the most feared people in the universe. However, they fail to do so as Goku has a family on Earth and is attached to it.

Goku and Piccolo who are enemies team up to fight Raditz who dodges Goku’s son Gohan’s charges. Meanwhile, Goku, Future Warrior, and Piccolo battle Raditz and weaken him by putting him in a Full Nelson.

However, Raditz breaks free which releases a Special Beam Cannon that kills Goku. Technically, it wasn’t Raditz who directly killed Goku but he was responsible for Goku’s death at the time. Thankfully, our hero came back to life when the original timeline was restored.

How did King Piccolo kill Goku in Dragon Ball?

Piccolo is a demon king was the initial enemy of Goku who was yearning to kill the monkey boy. He was in fact the first threat to Earth who wanted to conquer the planet using his army of demon sons.

Goku and King Piccolo were fighting intensely showcasing their individual powers. Later their battle became quite eccentric when Piccolo kicked Goku like a ball.

Goku fights back King Piccolo using the Kamehameha wave which is a blast of energy attack that unfortunately caused no harm to Piccolo.

King Piccolo in turn fights Goku with his Ki blast that temperamentally halts Goku’s heartbeat which made Goku taste the pain of death. However, Goku manages to come back alive much stronger.

How did the Cell kill Goku in Naruto?

The Cell is an android that was created by Dr. Gero who programmed it only with a mission to put an end to Goku’s life. Dr. Gero is an intelligent scientist who was the creator of the Red Ribbon Android Army and one of the antagonists in the Dragon Ball franchise.

Gero created Cell using a combination of genes from stolen cells that were programmed to kill Goku.

He was designed to extract the powers of all the powerful warriors who are residing or have visited Earth. When Cell was fighting Gohan he lost control of himself which embarrassed him.

Cell grew furious and decided to self-destruct and destroy Earth once and for all. Goku attempted to prevent this by teleporting himself and Cell to another planet and the android exploded itself. This explosion killed Goku instantly as he lacked the time to move away.

How did Heart Virus kill Goku in Dragon Ball?

Heart Virus is technically a disease that Goku and his future self contracted. The present Goku contracted somewhere between Age 767 when he was battling the androids.

Despite being a superhuman being, Goku still faced several problems that regular human beings would face like family issues, and he was also not immune to all diseases as well.

The Heart Virus symptoms are mostly fatigue and malaise. When Goku was infected by the Heart Virus he experience breathing difficulties and flew away. As the virus spreads throughout the body he underwent extreme pain and later succumbed to death.

However, Vegeta’s son Trunks developed an antidote for the virus and saved our superhero by time-traveling to the present and giving him the antidote.

How did Hit kill Goku in Dragon Ball?

Hit is also referred to as Legendary Hitman who’s a large humanoid who has purple-colored skin. He’s a renowned assassin or hitman who has no failed assassinations. He’s quite efficient in his area of expertise and can kill anyone with just a single strike.

Goku and Hit agree to fight when Goku gets instantly thrashed by Hit in his abdomen. Goku attempts to fight back but fails to land a punch on him but however manages to mimic the movements of Hit which he later dodges.

He counterattacks Hit and use his full powers against him but Hit throws an immense punch at Goku’s abdomen which stopped Goku’s heartbeat instantly.

However, Goku blows a Ki blast in the air and then he lands himself on the ground which acts as a defibrillator and turns Goku’s heartbeat back to normal. Once again our hero had a near to death experience and came back alive to defend Earth.

How did Zamasu kill Goku in Dragon Ball?

Zamasu is the apprentice of the Supreme Kai race who has a slim physique and green-colored skin. He’s also one of the main and liked antagonists in the Dragon Ball franchise.

Zamasu is quite arrogant and has a superiority complex and he often deems the mortals as unworthy of living. He never liked the idea of entrusting any affairs to the mortals as he presumed the mortals were the reason for most uprisings and wars.

Zamasu knew that Goku had superior and powerful abilities and wanted to use his body as a powerhouse.

He also learned about the power of Super Dragon Balls which he used to switch bodies with Goku, ultimately killing him and his family and also slaughtering Earth’s whole population in Trunk’s timeline.

Vegeta is a Saiyan prince who’s an arrogant, proud, and ruthless warrior and also one of the main antagonists in the Dragon Ball franchise. His character arc changes throughout the series and he transforms from hero to anti-hero.

He accompanied Raditz to look for the Dragon Balls and to recruit Goku. Since then it has been Vegeta’s goal to surpass Goku in a battle and prove his stronger than him.

In the Dragon Ball MMORPG ( Massive Multiplayer Online Role-Playing Game) both Goku and Vegeta went out into space to commence their battle and finish it once and for all.

It’s believed that Goku and Vegeta threw blasts at themselves and ended it for good which resulted in a supernova that was witnessed from Earth. It was a noble ending for both of our favorite Dragon Ball characters.

How Many Times Did Goku Die: FAQs

Goku is the main protagonist of the Dragon Ball anime series and he’s from the almost extinct Saiyan race. When Goku’s brother Raditz visited Earth and posed a threat to the planet, Goku and Piccolo who were enemies teamed up to fight against Raditz. Piccolo unleashed his Special Beam Cannon which killed Goku for a brief moment and he was the first to kill Goku.

How many times has Goku died and been revived?

Goku is the protagonist and one of the most powerful characters in the Dragon Ball franchise has died a couple of times and been revived. His death wasn’t quite surprising since he battled against the most invincible characters. Goku has died a total of 7 times and was revived 6 times.

Goku has battled a range of characters who are equally strong in powers like him. Many characters in the Dragon Ball anime series have tried to put an end to Goku but have failed miserably when Goku was revived. However, there’s one character who pulled it off and he’s Hit. Hit is an assassin and he successfully assassinates Goku in episode 71.

How many fights has Goku lost?

Goku is the main character of the Dragon Ball franchise who has superhuman strengths and abilities. He has battled countless other characters and won several battles. However, Goku has also tasted bitter failures like anyone and he has lost nearly 19 fights. 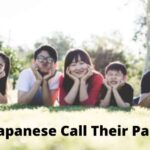 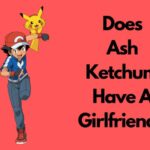