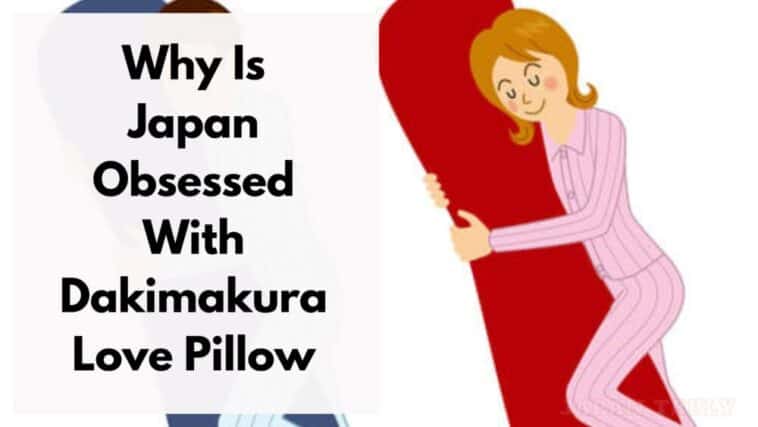 Japan is known for some weird obsessions. One of them is Dakimakura love pillow! Wondering what is Dakimakura? Here’s everything you need to know about Dakimakura and why is Japan obsessed with it!

Japan is known for weird reasons. Be it otaku or using terms like waifu/husbando to describe their favorite character. You would be amazed to know that, because of the obsession with anime, Japanese people have difficulty socializing with others.

It is more prevalent in young people who are otaku (anime lovers or are in general obsessed with one thing).

Talking about objects, in this article we will discuss something unusual. It is called Dakimakura. You must be wondering what it is. Well, it is nothing but a Japanese word for a body pillow. Let us dive deeper into the meaning of it.

All About Dakimakura Love Pillow

With the production of new and interesting anime, various characters are being introduced. The fanbase is increasing day by day, and the otakus can’t get enough of their favorite fictional characters.

With this, Dakimakura comes in. It is nothing but an escape from reality.

The term became popular in the West as a body pillow with sexy anime figures. Imagine sleeping beside your favorite character. It is nothing but a dream come true.

For any otaku, Dakimakura is one of the ways in which they can embrace and express their love for the character.

How did Dakimakura come into existence?

Now that you are aware of what exactly dakimakura is, let’s find out how it came into existence. Dakimakura are also called love pillows or pillows of love. They have existed in Japanese culture since the late 90s, early 2000s. With the popularity of anime and otaku culture, pillows came in handy.

Earlier, it was in the form of animals, and later in the 90s, the first anime print was released. It gained momentum and soon people were crazy about it. Dakimakura is sometimes called “Dutch Wife” but the original definition is closer to “bamboo wife (chikufujin)”.

Soon it entered the online world and the communities couldn’t stop pouring love on it. The online forums as well as physical stores started the production of various anime prints. The pillows are either used as sexual objects, decorations, or just to sleep on at night.

The reason for the different sizes is international shipping. Well, the average 160 cm body pillow weighs around 2 kg. To ship it internationally, a person will have to pay twice the amount for the size and weight.

Hence, the 150 cm and 1.9 kg versions were made to be budget-friendly. It is easier to ship them to international manga fans.

Also, practically speaking, if one has to stock up on dakimakura, they will need space. To make sure that they could fit, different sizes were introduced.

What I do is stock up on different Dakimakura pillow cases instead of buying many pillows (yes, I own a Dakimakura too!)

You will be shocked to know that technology has advanced to the point that there are talking dakimakuras available on the market. Yes! In late 2015, the first talking body pillow, Ita-Supo, and its mascot, Rina Makuraba, were invented.

At this point, you have a basic knowledge of body love pillows Dakimakura. Now, let’s get into what the pillows look like.

In recent times, anime and manga prints are dominating the market. It is not limited to that. One can also have video games or pictures of themselves printed on the huge pillow.

When you look at a dakimakura, you will notice that the characters drawn on them are in a sleeping position.

This is because when the popularity of anime/manga prints shot up, people became more fascinated with such prints. It is not necessary that you find only these prints, but this is a part of the marketing gimmick.

Moreover, the majority of prints are NSFW and are not safe for children. The anime prints are what we call double featured. It means that the drawings are on both sides of the pillow. It will give you the feeling that your favorite fictional character is sleeping right next to you.

There are various pairings in which the drawings are made.

How are Dakimakura and body pillows different from each other?

You must have come across body pillows in your local store. Their size is quite similar to that of dakimakura. So, are they the same thing? Well, the answer is no.

Both the pillows, despite being of the same size, serve different purposes.

When it comes to body pillows, they exist to provide you with physical support. They help you to avoid various health-related issues like – snoring, blood circulation issues, muscle problems, and more. Doctors might recommend you buy one, or you can just buy it for your own comfort.

On the other hand, Dakimakura has a whole different purpose. It has grown to be part of the Japanese Otaku culture that exists to provide a person with emotional support.

Do you remember hugging a teddy bear or having a favorite blanket in your childhood? Dakimakura has the same purpose. It provides one with a sense of security and gives them the feeling of having someone beside them.

The size of the pillows matters. Body pillows can come in different sizes, but the love pillows need to have an exact measurement. The reason for the same has been mentioned above.

Why should you buy a Dakimakura?

If you are a fan of any character, buying a Dakimakura will fulfill your needs. It will make you feel that the character lives in real life and does not only exist in the show, movie, or even video game.

It is a part of Japanese culture that has been going on for years. You will enjoy owning one.

Not only this, if you want to give someone a love pillow with a picture of their favorite character, I’m sure they will love it! Who wouldn’t love to have such a pillow?

Moreover, you can also use it to decorate your house. Put it on the couch for the guests to rest but make sure that it has a friendly print.

People are addicted to owning one and also taking them out in public. You will notice that many people take their dakimakuras out for dinner on Valentine’s Day. They share pictures with them on social media.

The obsession is on another level, and at some point, society doesn’t really entertain such behavior. This only pushes the person to isolate themselves from the real world and indulge completely in the pillow.

Some pillows also have the ability to speak or even moan! As mentioned above, people use such pillows as sexual objects as well. They might even marry their pillow and make sure that they ‘’live a happy life together.’’

Not only in Japan, but people in the West are also equally obsessed with love pillows. They even cosplay either the other character or the same one on the pillow and upload pictures on social media.

Dakimakura will be there for you, be it as a lucky blanket or even a hug pillow. It will also help you work on your spine, i.e., it will work as a body pillow.

If you are interested in buying the pillows, you can find them on Amazon. Different sizes are available, and the prices also vary accordingly.

I recommend you buy different pillowcases for your favorite characters. This will help you to save some money on the different pillows, and you won’t need a lot of space either.

So what are you waiting for? Grab one of the love pillows today and have fun with it.

Dakimakura in Japanese means “love pillows” and they are also called “Dutch wife.” Since the late 90s, pillows have been an established part of Japanese Otaku culture.

Currently, anime and manga prints are dominating the market, and otakus can’t get enough of them. Love pillows have been luring the minds of young people.

A lot of them are now struggling with their social skills, given they spend a lot of time being obsessed with anime and manga. On top of that, products like Dakimakura add to the obsession.

There are different kinds of pillows, and they have different measurements. They are used as sexual objects, security blankets, or just to hug at night. The article sums up the majority of the information on the topic. 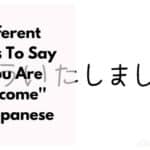 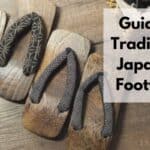