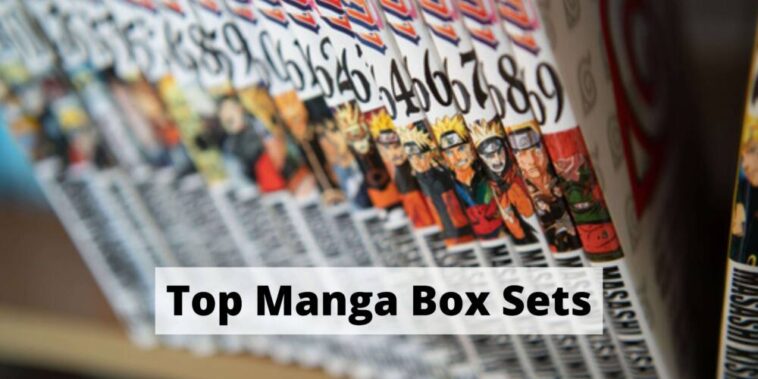 Looking to buy the best manga box sets? Well, check out this curated list of the top manga box sets that you’d love to read. Read further to know more about it.

Manga box sets contain the entire collection of manga volumes or a large part of the manga if the series is still ongoing.

These collections of manga are placed in a medium-sized box that is designed with the manga’s cover picture. In addition, manga box sets also contain exclusive limited edition items that you cannot get anywhere else.

Moreover, buying a manga box set is relatively cheaper than buying individual volumes. Therefore, we’ve curated the best manga box sets below that you may like to get your hands on.

Currently, there are 4 manga box sets for One Piece which contain a total of 90 volumes.

The storyline of One Piece follows the funny adventures of a pirate named Monkey D. Luffy who goes in search of an extraordinary treasure called the One Piece. Luffy and his pirate crew, The Straw Hat Pirates come across various adventures and thrilling events.

If you’re a newbie to the One Piece fandom then it’s recommended to get the first manga box set which contains 23 volumes of the East Blue and Baroque Works story arcs.

This manga box set also contains an exclusive two-sided poster of the One Piece cover picture, a bonus mini-comic, and a handle to carry the box. The design of the box makes it look like a wooden treasure box.

However, the price of the box set is overwhelming and it took me a while to financially recover from such a sum when I bought it. But if you’re a diehard One Piece fan then you might find it worth the price. It’s one of the best manga box sets to buy.

I’m a huge fan of the original Tokyo Ghoul manga rather than the anime series hence I bought the Tokyo Ghoul premium manga box set which contains all 14 volumes of the series. It’s amongst the best manga box sets.

The plot of Tokyo Ghoul centers around the protagonist Ken Kaneki who’s a reserved college boy whose life turns upside down after turning into a half-ghoul due to an accident.

If you’ve watched the Tokyo Ghoul anime then I highly recommend you get the Tokyo Ghoul manga box set because it contains in-depth explanations that aren’t portrayed in the anime.

As mentioned the box set only contains the original Tokyo Ghoul manga and not Tokyo Ghoul: re which I was disappointed about. However, getting the box set of the original manga series for a reasonable price as close to $300 delighted me. It’s one of the best cheap manga box sets!

Along with the 14 manga volumes, this box set also comes with a two-sided Tokyo Ghoul poster which looks incredible. The books and the box are in good condition as well which is a win-win situation for Tokyo Ghoul fans.

Demon Slayer: Kimetsu no Yaiba is another one of my favorite manga and anime series and I’m quite certain that there’s a huge fan base for Demon Slayer hence I decided to include it.

The storyline of Demon Slayer: Kimetsu no Yaiba focuses on the protagonist Tanjiro Kamado who’s the sole breadwinner of his family. When he returns home after selling coal, he witnesses his family ruthlessly massacred by demons while his sister Nezuko is still clinging to life after turning into a half-demon.

Tanjiro takes his sister with him to cure her and to become a powerful Demon Slayer to destroy the demons.

However, the only downside is that the box was slightly crushed but it makes up for the reasonable price.

The Demon Slayer comes with a double-sided poster and an exclusive booklet along with the 23 manga volumes. The box is beautifully designed with Demon Slayer characters and a colorful cherry blossom background. It’s one of the best manga box sets to buy.

These Titans wreak havoc, kill human beings and destroy everything they see. Humans live within huge walls to protect themselves from these malevolent creatures.

The rest of the volumes are sold in other manga box sets which you can purchase after completely reading the first box set. The Attack On Titan manga box sets are cheaply priced and they cost far less than purchasing individual volumes.

Besides, the box sets are designed premium and are made of good quality cardboard that hardly gets crushed. In addition, they also come with exclusive stickers of two Attack On Titan characters, and the manga books have different covers for each volume making them look phenomenal.

Sailor Moon is a popular shojo manga series that was released in 1991 and the manga was later adapted into an anime series in 1992. The plot of Sailor Moon focuses on Usagi Tsukino who’s a middle school girl living in Tokyo.

Usagi comes across a talking black cat named Luna that grants her a magical brooch that has the power to transform Usagi into Sailor Moon.

Sailor Moon is a mystical soldier who must save Earth from evil forces. Both Usagi and Luna must assemble the Sailor Guardians to look for their princess.

If you buy the second box set of the Sailor Moon manga you can join it with the first box set to form a lovely image.

However, the price of this manga box set is quite expensive given that there are only 6 manga volumes but it’s one of the best manga box sets on the list.

Dragon Ball is a popular martial arts manga that has garnered a huge fan base around the world. The storyline of Bola de Dragón centers around the protagonist Son Goku who arrives on Earth with a mission to destroy the planet. However, he meets with an accident and injures his head which erases his memory.

Goku grew up learning martial arts and became friends with Bulma who tells him about the seven dragon balls and they both embark on a journey to look for them.

Eventually, Goku meets several people and becomes friends with a few, and also makes enemies as well. He becomes a renowned martial arts champion and fights evil. This is one of the best manga box sets on Amazon.

The Dragon Ball box set has the original 16 manga volumes along with an exclusive double side poster, a booklet containing Dragon Ball guides and trivia, and an interview with the Dragon Ball creator Akira Toriyama. This box set is reasonably charged and comes well packed with a fabulous cover design.

The storyline of Fullmetal Alchemist focuses on two brothers, Alphonse and Edward Elric who’re amateurs in alchemy. One day when they lose their mother they decide to revive her by using restricted alchemy methods but in turn, they lose parts of their body in the process.

The manga box set comes with 27 volumes along with a double side poster and extra reading material, Fullmetal Alchemist Novel: The Ties That Bind. I personally love this box set because it’s much cheaper and you’re saving 20% than buying individual volumes. Hence, you’ll definitely love this box set and won’t regret getting it.

What is the 3 most popular manga box set?

Manga is Japanese for comic books and it has a separate loyal fan base just like the anime fandom. The most popular manga based on high ratings, popularity, and a large fan base are One Piece, Attack On Titan, and Fullmetal Alchemist.

What are the best manga box sets to buy?

Manga box sets contain several or if not all volumes of the manga placed in a box that’s designed with the manga’s cover picture. Manga box sets also contain exclusive and limited edition material that isn’t available anywhere else. The best manga box sets to buy are: 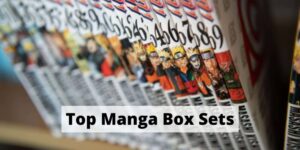 Check out the Best Manga Box Sets here that are amazing to read. Do check out One Piece Box Set which is the best manga box set so far. Read further to know more. 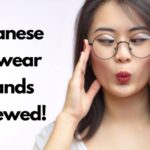 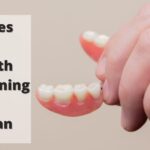