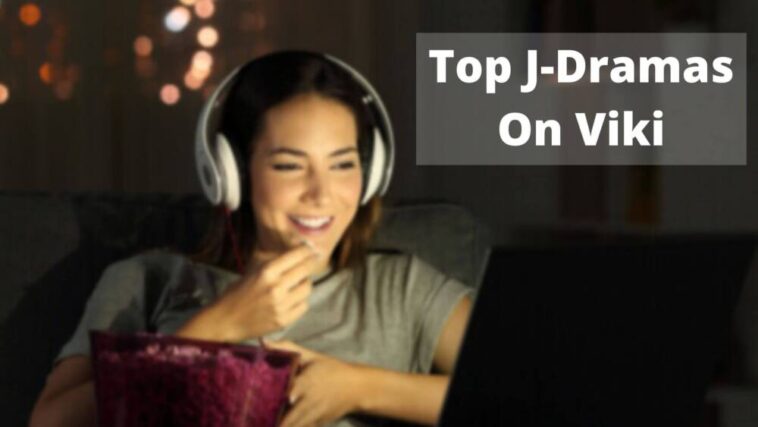 Looking for the best Japanese drama on Viki? Read further to know more about the top J-dramas recommended on Viki that you can watch and enjoy with your friends and family.

Japanese TV dramas are best suited for short binges because they usually only have a single season and very few short episodes.

Which are the best Japanese dramas on Viki?

If you are a fan of k-dramas, you will develop a liking for the cheesy storylines and charming characters of these Japanese dramas.

Viki has a huge chunk of Japanese dramas that you can access for free.

If you are looking to kill time at home, you should definitely check out these light-hearted shows that are thoroughly entertaining. Let us look at the best Japanese drama on Viki.

This was originally adapted from the Japanese manga series created by Takara Akegami is the best Japanese drama on Viki.

The story revolves around the life of Risha Siragi who is quite popular in university. She hails from a small town but she moved to the city for education.

She is fancied by so many male students in the university but she was never interested in any of them until she met the businessman Fukami Hiroto. It’s a cute J-drama to watch.

She is attracted to this dashing stranger and finds herself irresistibly drawn to him. It’s also one of my favourite dramas of all time.

The drama takes us through their love story and the ups and downs of their lives. It only aired for a single season and it is ten episodes long.

The main characters are played by the talented duo, Dori Sakurada and Fukuhara Haruka. It’s the best Japanese drama on Viki to watch with friends.

In Time with You

The story is about Mitari Yo who is a manager at a shoe-making company and Ishida Ren who is working in urban development. It’s the best Japanese drama on Viki in the romance genre.

Their friendship dates back to their high school days and they have been best friends for many years now.

When Mitari turned 29, they made a wager for 300,000 Yen. Whoever gets married first will receive the amount from the other person but it has to happen before Mitari turns 31.

The duo meets a lot of people in their life who could be potential partners. This drama is on the top of any Japanese romance drama recommendations.

Who will finally take the 300.000 yen? Will the friendship grow into something beyond the platonic love that they had for each other? The story will get you hooked until the end.

The show has sixteen episodes and only ran for a single season, like most Japanese dramas.

The main characters are portrayed by Adachi Rika and Shirasu Jin along with other talented actors like Asaka Kodai and Sakuma Yu supporting them.

Hanna is forced to go on a blind date because her sister who was supposed to meet the date refused to go.

She is forced to go for the date to avoid any bad name that may come to the family.

This is where she meets Saibara Takane and she immediately and all her intentions for the date changes. Takane is a 26-year-old heir of the Takaba Group. He is handsome, successful and charming because of which he is desired by a lot of women.

But on the other hand, he can also be a selfish snob and he was least interested in the blind date. But things changed as soon as they met each other and he gained interest in Hanna’s fiery personality.

This romantic comedy takes us through the love story of two people who are polar opposite to each other and it is thoroughly entertaining. This viki Japanese drama is so engaging and cute.

Related: Watch supernatural battles between demons and angels in these action-packed best Japanese demon anime. Check it out!

Hey Sensei, Don’t You Know? Is the best Japanese drama on Viki if you want to learn about business in a fun way. Hanai Ao is a popular romance manga writer who is extremely dedicated to her work.

She is extremely hardworking and devotes most of her time to creating mangas. She also has a huge fan following, thanks to her work.

However, she has had little luck with love since she never got to fall in love or experience a relationship, and this is something that her editor keeps nagging about.

Facing the pressure and constant nagging, Hanoi takes a walk where she contemplates her appearance in a store window.

She then decides to spruce up her look and approaches a charming stylist with who she falls in love.

The drama takes us through Hanai’s journey of balancing work and relationship.

It is a short drama with only six episodes and it has stars like Fumika Baba and Eiji Akaso playing the lead characters. Hey Sensei, don’t you know season 2 is also coming so yay!

Kakafukaka is definitely the best Japanese drama on Viki for teens stepping into adulthood. Aki Terada’s seemingly perfect life comes crashing down when she catches her boyfriend cheating on her.

So she breaks up with him and moves into an apartment where she finds out that one of her new housemates is her long lost love, Tomoya Hongyo.

Soon enough, they picked up where they left off earlier. Things started getting heated up between them when Tomoya asked her for an unusual favour. Her landlord, Taichi Hase also gains an interest in her and asks her to marry him.

Will Aki decide to go with Tomayo or Taichi? The show only runs for a single season and has 10 episodes. Definitely, I would recommend this best Japanese drama on Viki to all teens.

Related: Here are some of the best angel anime you’ll love to binge-watch!

When One Day I Will Sleep?

One of the best J-dramas on Viki, When One Day I Will Sleep? Is great for people who are into mystery and thrillers.

Morino Hotaru has a huge crush on her classmate, Otaka Ren but she has never had the courage to confess her feelings. One day she goes on her school trip with Ren and her best friend where her bus meets with an accident.

When Hotaru gains consciousness after being knocked off by the accident, she meets a man who is dressed in Black. He introduces himself as Kuro, a grim reaper and announces that Hotaru has passed away in the accident.

However, she has a deadline of 49 days in which she has to let go of three different attachments she has in the earth realm. If not, she would forever be bound as a ghost in this world and never be able to rest in peace.

This is a very short drama with only six episodes so you can binge-watch and finish it in a single day. The leading actors in this show are Karen Otomo and Yuta Koseki.

Related: Here are some best baby anime that would make you go aww! Check it out!

As the title says, this is another story of unrequited love and the pain it causes. Eight-year-old Taka meets Mayu while getting hospitalised for his rare heart condition.

They became really tight and one day promised each other that they would marry after turning twenty.

However, fate had some cruel plans and Taka soon finds out that his disease is terminal and he wouldn’t live beyond twenty.

He deliberately starts ignoring Mayo after discharge to spare her of the pain of living with a terminally ill partner.

Mayu is hell-bent on re-connecting with Taka and she joins the same exclusive high school where Taka enrolled himself.

Will Taka finally reveal the truth about his disease? Will the duo be able to face the impending disaster?

The show stars Nomura Shuhei as Takuma Kakinouchi and Sakurai Hinako as Mayu Taneda and it is seven episodes long. It’s the best Japanese drama on Viki for a good binge watch.

The Flower and the Beast

This drama is based on the 2012 manga series “Hana ni Keda Mono” and is the best Japanese drama on Viki for high school people. Kumi Kumakura joined a new school and meets the handsome and charming Kakizono Hyo at school.

LEER  How Much Does Manga Cost?

She becomes smitten by him and kisses him. But she soon realises that he is notorious for being a womaniser. Although she is disappointed in this discovery, she realises that her feelings are genuine and she cannot just let go of him.

The more she gets to know him, the more she realises that there is much more to him than these reputations. Unlike most Japanese drama series, the series runs for two seasons.

The main characters are portrayed by Yurika Nakamura as Kumi Kumakura and Yosuko Sugino as Kakizono Hyo.

Related: Check out the best game anime, if you’re a gamer!

Mugi Awaya and Hanabi Yasuraoka seem to have the perfect high school romance. They are both 17, popular, good-looking and seem to have bright futures ahead. Scum’s Wish is the best Japanese drama on Viki for couples.

They find solace in each other while suffering from their unrequited love but promised to not fall in love with each other. How far will their arrangement take them? Will they ever get together with the objects of their affection?

The main roles are played by Miyu Yoshimoto and Dori Sakurada and the drama is twelve episodes long.

Minase Akari is on holiday with her family when she meets Morita Ikumi, the son of the owner of the guest house where her family stayed. They soon eventually become inseparable and form a strong romantic bond.

One day they were watching a rare meteor shower. They eventually knew that they would part ways but vowed to reunite at the same spot in four years. Want some romance in life? This is the best Japanese drama on Viki for you!

Will the promise be kept by the lovers four years later? Will the feelings stay the same or will they move on?

Which is the best Japanese drama on Viki?

I’ve watched a lot of Dramas on Viki but I found Coffee and Vanilla to be the best one for it’s plot, characters and story progression.

Coffee and Vanilla is an adaptation of the Japanese Manga series by Takara Agegami. This Japanese drama is about a college student looking for love who falls in love with a 30 years old businessman with a dark past. It has one season with 10 episodes. It’s available to watch on Viki.

These are some of the top recommendations of drama that everyone should watch. They teach a lot about love, life, friendship and a lot more.

Hope this list of the best Japanese drama on Viki helped you! 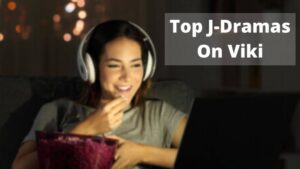 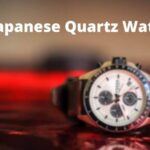 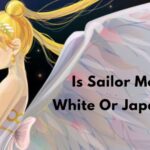