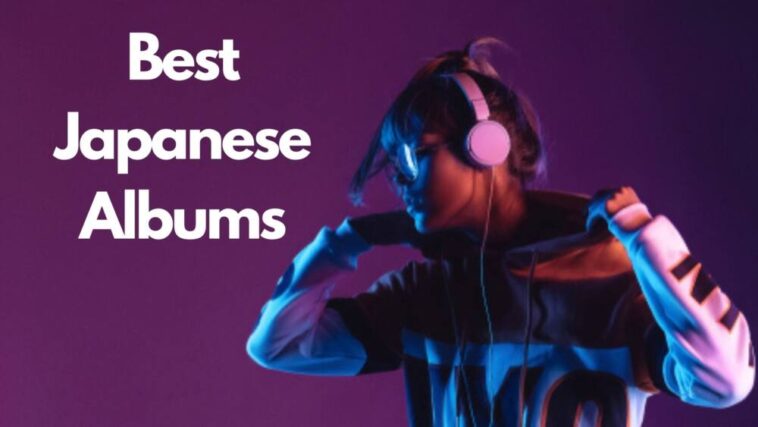 We curated a list of the best Japanese albums for you to enjoy. Check it out!

Over the course of years, Japan has proved to be a nation that’s rich in technological advancements and in cultural arts as well and Japanese music is one of them which has grabbed all our attention.

Japanese music or J-Pop has been trending since before the pandemic began. There have been a variety of Japanese music albums released that has definitely gained the attention of several people across the world.

kZm is a Japanese musical artist who is of 24 years of age. He’s a member of a famous Japanese hip-hop band named Yen town. kZm has proved to be a successful independent artist after the release of his music album called Distortion.

The music album Distortion was released in the year 2020 when the whole world was shut. This helped kZm’s album to reach great heights because people were looking for good music to listen to.

The Distortion album consists of a total of 17 songs and they are all my favorite songs from this album. All of them had a great beat which would make anyone listening to it mosh with one another.

In addition, kZm also collaborated with rappers like LEX, 5lack, and Tohji. Enjoy the energetic beats from Distortion to get your day hyped up.

Next up it’s the music album named Klue released by one of the renowned musical groups in Japan called Gezan. The music album Klue or Madness was released in 2020 and has since been one of the most essential rock albums in Japan.

It has received countless positive reviews both domestically and abroad. This was the best work of Gezan and this album had a beautiful combination of industrial rock, dub, and psychedelia.

The Klue album has a total of 13 songs that are must listen, especially if you’re into rock music. Even after 2 years, this album is still being praised by several people.

This album also speaks about political views in Japan and has revolutionary lyrics that call people towards the good. With lyrics that have deep meaning and songs that have a great beat, Klue is going to be your new favorite Japanese album.

Are you struggling with insecurities that make you feel demotivated? To brighten your day up and to get you going a singer and lyricist named YeYe has released her album named 30.

This is YeYe’s 5th album and she has impressed all of us with her variety of music genres such as folk music, electronic pop, and pop orchestra. YeYe is a young woman who understands the daily struggles of the youth, especially women and her album addresses those issues.

The music album 30 has a total of 9 songs and the song “Shiawase Niwa Naranai” which means “We Could Not Be Happy”, YeYe sings that we can’t always be happy but we have to attempt to get our spirits up despite our struggles and mishaps.

To make you feel relaxed and happy with yourself, you should definitely listen to this album. The songs have a soothing tune with a combination of the pop orchestra that makes the songs calming to listen to.

Passport & Garcon is the album for you if you’re someone who has faced discrimination in society just because you look different. It can also be listened to by everyone but this album hits differently for those who have constantly gone through negative societal stereotypes.

Passport & Garcon has a total of 12 songs and the songs carry important messages of the Japanese society. The songs are played by a variety of instruments that add good beats for you to jam. Not just the beats that are impressive but also the lyrics which carry deep meaning for all of us to reflect upon.

Kensuke Ide is a Japanese musical artist who later took on the name Kensuke Ide With His Mothership. Kensuke Ide released his second album “Contact From Exne Kedy and The Poltergeists” in 2020 which is five years after his first album.

This album was rated one of the best selling albums in Japan in the year 2020. The album has left all those who listened in awe and engrossed.

The album Contact From Exne Kedy and The Poltergeists has the old 1970s folk music combined with cinematic rock music that grabbed the attention of youngsters nowadays.

Sunny Day Service is a Japanese rock band that consists of 3 members and was formed in 1992.

Sunny Day Service isn’t new to producing memorable and lovely albums and their recent album line! is one of their best works we’ve seen so far. The album was released in 2020 and has a total of 9 tracks with each track carrying interesting tones.

Line! has got everyone listening to reminisce about Sunny Day Service’s earliest works that involved the Shibuya-Kei music style.

All the 9 tracks in the album have tons of positivity and catchy lyrics that you’ll love to vibe to. They have simple neo acoustic pop rock music with catchy musical beats.

The lyrics will save you from the current predicaments you’re enduring and they’ll make you accept the things you have in life as they are. The songs are full of positive meanings and vibes. Overall, the album is simple yet very captivating.

Meitei is a Japanese musical artist who focuses on the lost culture and traditions of Japanese music. His genre is completely different from what we see in the music industry today.

Meitei makes music that is relatively similar to old Japanese folk music and it makes the listeners feel nostalgic about a memory they haven’t experienced yet. Meitei has made quite a few experimental music albums throughout his career.

His first album “Kwaidan” won the best experimental album for the year 2018. He’s also the widely talked about musical artist in Japan and worldwide currently.

Kofu is an album that consists of 13 songs and they feature old Japanese music recordings especially hip hop and also have old images that depict the lost Japanese culture.

Listening to the album of Kofu will make you feel deeply saddened for the lost Japanese musical culture but still makes you feel calm and collected.

To know and understand the previous music cultures of Japan then Kofu is the ideal album for you. Meitei has done a marvelous job at recreating the abandoned music genre.

Daoko is a female Japanese singer and rapper who has been a recent sensation after the release of her music album “Anima” in 2020. However, she gained fame as a teenager when her Nico Nico Douga video went viral in 2012.

Daoko’s real name is Samishii Kamisama and she’s specialized in a variety of music genres such as indie pop, hip hop, R&B, synthpop, etc. She has made several albums that have received her wide popularity but today we’re here to talk about one specific album named Anima.

Her album Anima is focused on famous Japanese subcultures such as anime and manga. Most of her songs talk about these subcultures and the impact they’ve all had in our present era.

The music album Anima is also inspired by psychology, philosophy, and biology which she learned by reading avidly. This album consists of just 4 songs and they each carry different themes which make them catchy.

The tracks are mostly filled with rock music and rapping about prevalent youth cultures such as love, life, heartbreak, and sex.

What are the best Japanese music albums?

Recently, several Japanese albums have made it to the spotlight thanks to their unique and innovative concepts. Some of the best Japanese albums are:
Distortion – kZm
Gezan – Klue
30- YeYe
Passport & Garcon – Moment Joon
line! – Sunny Day Service
Kofu – Meitei
Contact From Exne Keddy and The Poltergeists – Kensuke Ide With His Mothership
Anima – Daoko

Is J-Pop popular in Japan?

J-Pop is another name for Japanese Pop and it refers to the pop music genre in Japan. Japan was introduced to pop music during the 60s and it gained wide popularity during the 90s. It’s currently the music genre loved by most Japanese people, especially the youngsters, and it’s also cherished by countless people worldwide. 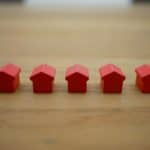 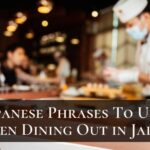