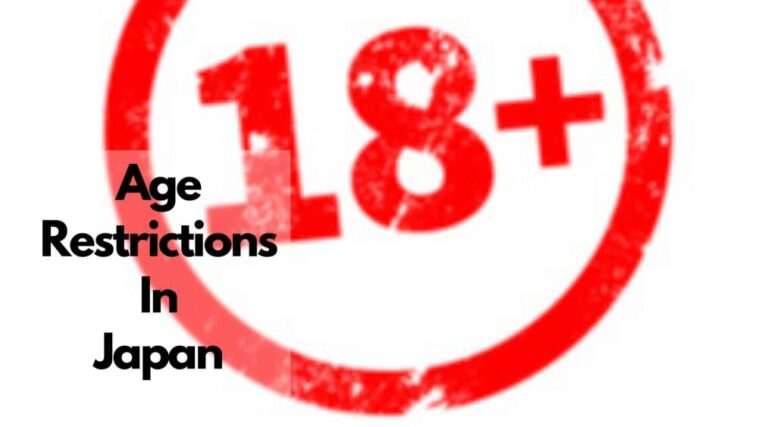 Aquí están los age restrictions in Japan you need to know about when in Japan!

Age plays a huge role in Japanese society. Right from when a person is in school to when they retire, their age is associated with their status in society.

Japan has stricter age restrictions when compared to other countries. In most countries, 18 years is the legal age. However in Japan, 20 years is considered to be the age of adulthood.

“Seijin no Hi” or Coming of Age day is celebrated on the second Monday of January. On this day young women and men who are 20 years of age are commemorated in a special celebration.

However, the Japanese government is currently sitting on a bill that will reduce the age of adulthood for Japanese people to 18. What this would basically mean is that any Japanese that is 18 and above can marry without their parents permission. But they still won’t be allowed to drink or smoke till the age of 20.

Japanese rules, regulations, and laws may differ from other countries. It is advisable that visitors to Japan familiarize themselves with the laws of Japan to avoid doing anything illegal.

In most countries, the legal age is 18. However, in Japan it is currently 20. There will soon be an amendment passed that will lower the age of adulthood to 18 in Japan as well.

The following a list of age restrictions in Japan:

The legal drinking age in Japan is 20. Japan has a law called the Minor Drinking Prohibition Act that prohibits anyone under the age of 20 from drinking or purchasing alcohol.

In Japan, alcohol is available not only at liquor stores, but also at supermarkets and convenience stores. Some rural areas also have vending machines that stock alcohol.

Japan’s drinking laws differ from other countries. It is not an uncommon sight to see people drinking in their cars or on trains. Laws regarding drinking in public are generally relaxed and lenient in Japan.

You must be 20 years of age if you want to purchase or smoke tobacco in Japan. Stores may ask for identification to verify the age of buyers.

Cigarettes can be bought at convenience stores all over the country. Each brand of cigarettes has a specific number. This makes purchasing cigarettes easier.

There are also cigarette vending machines set up around Japan. While these are not accessible to tourists, locals can make their purchase with an unique card called “Tapso”. These cards are issued to locals and are used to verify the age of the customer.

Smoking in public is banned in Japan. There are designated smoking zones that are placed around the city. Besides these zones, smoking outside is illegal in Japan.

Japan doesn’t have casinos, but Pachinko slot machines are very popular. Gambling is prohibited in Japan. However, these are classified as public amusement by the law in Japan.

You have to be 18years of age or older to be able to enter a pachinko parlor and access these machines. There are school regulations and pachinko laws that cause many pachinko parlors to deny entry to high school students.

Rules revolving around karaoke differ from prefecture to prefecture in Japan. If you are under the age of 16, you can enjoy a karaoke parlor until 6:00 PM.

For those under the age of 18, including high school students, karaoke parlours close at 10:00 PM. If accompanied by a parent or guardian, this extends until 11:00 PM.

Many karaoke parlors are open 24/7. However minors are required to leave at specific times. Most of these places ask for identification to verify your age.

Like karaoke parlors, gaming centres require minors to leave at specific times. These rules will differ from area to area.

Purikura is a common sight at Japanese arcades. These are photo sticker booths that have become famous all over the world. The most important rule in place for purikura is that men are not allowed to enter these booths alone.

Men must be accompanied by a woman or by family if they want to enter these booths. This rule was put in place after many reported incidents of women being harrassed and photographed by men.

The legal driving age in Japan is 18. It is common to see high school students here enrolled in driving school at 17 and graduating with their license at 18.

Even with an international driving license, it is illegal to drive n Japan if you are under the age of 18.

In Japan, the Eirin (Film Classification and Rating Organization) determines the appropriate age for movies.

When compared to other countries, movie age ratings are very strict in Japan. For example, the popular movie “Back to the Future” was rated PG-12 in Japan. This was to ensure that there would not be any promotion of underage drinking or smoking among young viewers.

It is possible that some movies that are rated as G (general audience) in other countries may require parental guidance in Japan.

Recently, the voting age in Japan was brought down to 18 years. This was done in an attempt to promote awareness among youngsters.

There are seminars and lectures conducted by schools for 18 year olds in Japan to inform them about their right to vote and its importance.

The minimum age for marriage in Japan is 18 years for men and 16 years for women. This rule is applicable for both Japanese and non-Japanese people.

If you are below the age of 20, the law requires you to have the consent of parents or legal guardians to get married.

If your partner is from a different country and the legal age of marriage is higher, that age restriction is still applicable in Japan.

The legal property rental age in Japan is 20 years. This is a flexible law and allows people under this age to rent properties with the consent of their parents or legal guardians.

There are several documents required to show that you are financially eligible to rent a property. These include a certificate of eligibility from school and a guarantor.

Live music venues operate as eating and drinking establishments in Japan. This allows anyone to enter, regardless of how old they are.

However, some venues have specific rules in place. For example, some venues don’t permit entry to children for standing shows.

Many of these venues have a “one drink” system. This means that you have to buy a ticket for one drink in advance or a drink fee is charged of about 500 yen on every live ticket. This allows the venue to maintain the status of an eating and drinking establishment.

At these venues, alcohol is served to people over the age of 20 years. Minors can enter a live music venue and are served soft drinks

Is the age of consent in Japan really 13?

The age consent in Japan is 13 years old. Minimum age requirement for a person in Japan to engage in sexual acts according to Japanese law.

What things have age restrictions?

What is Japan’s legal drinking age?

Is street drinking legal in Japan?

At what age is smoking cigarettes legal in Japan?

20 is currently the legal age to smoke cigarettes in Japan.

What is the legal age for smoking marijuana in Japan?

Marijuana is illegal in Japan. Use and possession of marijuana is punishable by law and can attract imprisonment for up to five years and a fine.

What is the minimum age to rent a property in Japan?

At what age can you move to Japan?

There is no minimum age according to law to enter Japan alone However, it is always safer to check with your embassy.

Can 16 year olds drink in Japan?

It is not legal for 16 year olds to drink in Japan. The legal drinking age in Japan is 20. This is because the Japanese government believes that young people are not mature enough to handle alcohol responsibly until they are at least 20 years old. If you are caught breaking this law, you could be fined or even jailed. So if you’re under 20 and visiting Japan, be sure to stick to soft drinks! 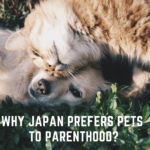