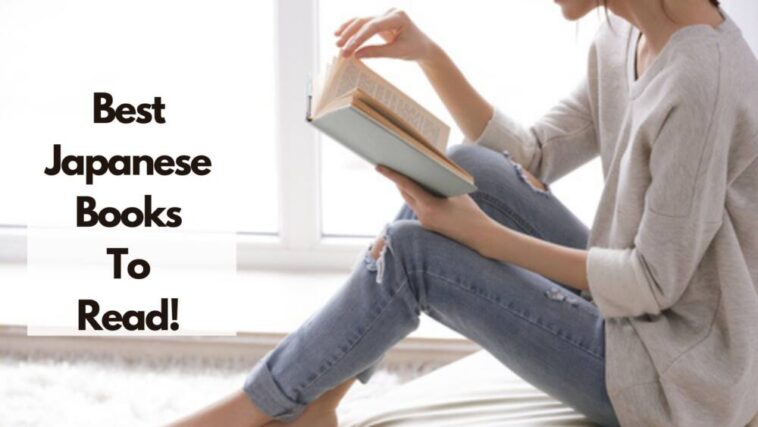 We curated a list of the best Japanese books you have to own!

When you hear Japanese books, you’re probably thinking of manga and anime. But besides manga and anime, there are many Japanese literary masterpieces that have left their mark on readers around the world.

These novels are so brilliantly written that they have been translated and published in many different languages around the world.

Japanese literature dates back to the  8th century. Over the years, Japanese novels have come to be known for their intense storylines that are out of this world. Most Japanese novels incorporate some form of Japanese culture in their stories.

For the bookworm, if you don’t know where to begin when it comes to Japanese literature, we have put together this list of some of the best Japanese books.

How did we pick out the best Japanese books?

Our team of in house experts went over 30 different Japanese books and rated them based on story, use of language, and ease of reading. After extensive research, we have put together this list of the best Japanese books.

“The Tale of Genji” is said to be the first novel ever written. Centuries after its initial publication, it continues to be one of the most popular and most loved books in Japan.

The Tale of Genji

Year of publication: around 1008

The Tale of Genji is believed by many to be the world’s first novel. It is considered to be the finest literary work in Japanese history.

Genji loses his mother at the young age of three and later falls in love with his stepmother. He indulges in a series of love affairs in the hopes of forgetting his forbidden love. However they all end in disaster. He later kidnaps a young girl and tries to educate her to be like the woman he loves.

The story follows him through his many marriages until his death. The story ends abruptly and there are many varying opinions on what the author intended to convey.

Another appealing aspect of the book are the titles of the chapters. For me, they seemed to enhance the story and effect of the book.

Set in the early 1960s, this Japanese classic tells the tale of two siblings, the narrator Mitsusaburo and his younger brother Takashi.

Mitsusaburo is the one eyed narrator who is married to Natsumi. Together they are faced with a series of misfortunes and have to leave their physically and mentally handicapped baby at an institution.

Mitsu has to face the reality of his friends suicide and Natsumi turns to alcohol to cope. The brothers return to the village where they spent their younger days. There they start working with “the emperor of supermarkets”.

The Silent Cry is one of the best books written by Kenzaburo Oe and is the perfect place to begin reading his work.

I am a Cat

Another Japanese masterpiece, “I Am A Cat”, is a satirical novel authored by Natsume Soseki.

The novel speaks about how Japanese society functioned during the Meiji period. This cheeky and witty novel is a real piece of Japanese classic fiction.

This novel has become one of the most popular topics for assignments among Japanese school children. The book was later adapted into a 1936 film.

Kafka On The Shore

Written by world renowned Japanese author, Haruki Murakami, “Kafka on the Shore”, is considered to be one of the best novels ever written and has been the recipient of many awards.

The book tells the story of a young boy named Kafka Tamura and a disabled man, Satoru Nakat who can talk to cats.

The book is a true mind bender and portrays the use of music as a form of communication. This novel also taps into metaphysics and the relationship between dreams and reality, making this a must read for anyone who is looking for a fresh take on fiction.

Authored by Yasunari Kawabata, “Snow Country” is still considered as one of the greatest classical pieces in Japanese literature.

This is a story of isolation and is set during heavy snowfall in rural Japan with Shimamura as the protagonist. The story unfolds as he begins an affair with a geisha and begins to neglect his family.

This lyrical and suggestive novel won Yasunari the 1968 Nobel Prize in Literature.

This is probably Natsume Soseki’s most famous novel. Set in the Meiji period, Kokoro has three parts to it.

The novel explores the relationship between a young man and his elderly teacher.

The book is so impactful that it has inspired the production of two movies and two manga series.

Set in the midst of an upper class middle class Japanese family, “The Waiting Years” is a story of suffering.

A gripping story about Tomo and the struggles she has to endure, this novel is still relevant to modern times even after all these years.

Fumiko Enchi is known for writing about the state of women in a patriarchal society. This book is no different and beautifully captures the male domination in society and objectification of women.

“Norwegian Wood” is another must read by Haruki Murakami.

Set in the late 1960s, the story follows Toru Watanabe. He reminisces his days in college while he was in Tokyo. Readers are introduced to Naoko and Midori, two prominent female roles in Toru’s life.

Like Murakami’s other novels, Norwegian Wood has underlying implications. The book has been adapted into a film with the same name and was released in 2010.

Many believe that this is the autobiography of Oamu Dazai since he died by suicide shortly after the book was completed.

“No Longer HUman” is narrated in the first person and deals with many themes from the author’s like, including suicide, isolation, and depression.

The book has three parts to it and follows Oba from his childhood to his twenties. Many call this a timeless novel and that speaks of the hardships faced by an individual trying to fit into society.

The book has been made into films in 2009 and 2019. FUrther, the book has also been adapted into an anime series, aime feature film, and manga.

Known for his fantastic style of writing and surreal take on fictional writing, Murakami has given the world another masterpiece in the form of his memoir.

A real page turner, “What I Talk About When I Talk About Running” talks about Murakami’s life and the things that mean the most to him .

Running is one of the more prominent themes of the book. The author started running in the 1980s and the book talks about his participation and interest in marathons.

This list would not be complete without mentioning manga. “Shiver” is a 2015 collection of short stories by Junji Ito.

Let me warn you, these are your regular horror stories of ghosts and ghouls. Instead, Junji Ito introduces killer balloons, a dangling arm with a multitude of tiny holes, and so many more terror inducing concepts.

The perfect blend of horror and manga, this book is a must read for all horror enthusiasts.

Do not be misled by the title of Banana Yoshimoto’s “Kitchen”. This book deals with grief and death and the process that goes into dealing with the two.

The book tells the story of Mikage‘s love for the kitchen and her job aa a culinary assistant, all set against the backdrop of tragedy.

The book has won many awards and has also been adapted into two films. “Kitchen” continues to be one of the Yoshioto’s best books.

What is the most read book in Japan?

One of the most popular books in Japan is “The Tale of Genji”. This is a famous classic that dates back to the 11th century.

Who is the best Japanese author?

There are many renowned authors in Japan who have made their mark in the literary world. Some of the more popular ones are:
Haruki Murakami
Natsuo Kirino
Kobo Abe
Sayaka Murata
Yukio Mishima
Yoko Ogawa

Is reading popular in Japan?

Yes, reading is quite a popular pastime in Japan. Statistics from a 2018 survey show that almost 85% of the respondents read physical books and about 35 read e books.

What are novels called in Japan?