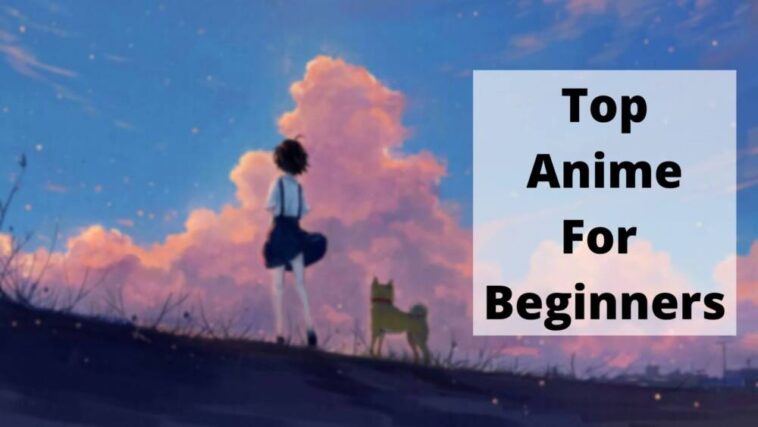 Venturing into the world of anime can be the best decision you’ve made as it is nothing less than exciting and adventurous to watch such amazing stories unravel.

With so many different stories and genres to choose from it can be difficult to know which ones to start with.

Which is the best Anime for beginners?

I’ve watched many anime but the best anime for beginners is Fullmetal Alchemist: Brotherhood because of it’s engaging plot, characters and graphics.

Fullmetal Alchemist: Brotherhood involves two young brothers known as the FullMetal Alchemist. The storyline involves the two brothers, Edwards and Alphonse who are amateur alchemists. Who try to heal their wounds that were inflicted from an ill-fated alchemy ritual that goes terribly wrong. The series has mind-blowing animation with intense fight scenes and action, with extraordinary characters.

From shonen that focuses on the youth of the world to shoujo anime made for young women and seinen for the adult lot. Anime fans have their own personal preference that they connect emotionally to the shows they watch.

To make things easier I’ve created a list of the best anime for beginners that you should start with that focus on the different genres to help you start your journey into the wonderful world of anime.

Unable to handle her family’s disappointment she decides to put herself up for an auction happening in town, where she is bought by a mysterious character named Elias Ainsworth who has a large animal skull for ahead.

After winning the auction for Chise, Alias reveals himself as a magician and sets out with Chise to Great Britain. Where Chise will learn the great art of magic and about the magical world that helps her overcome her own obstacles.

This Anime is made by Studio Wit, which focuses on magic acts for their characters-driven story.

The show is motivating and encouraging to see who Chise overcomes obstacles in her newfound life in this magical world.

There are 24 episodes in the whole anime and it’s one of the best anime for beginners.

Samurai Bebop comes from the makers of the famous classic Cowboy Bebop with a modern age twist and it’s the best anime for beginners. With exclusive hip-hop-inspired soundtracks, this anime is a perfect combination of both hip-hop roots with classic samurai action.

The series was directed by Shinichiro Watanabe, the same director of Cowboy Bebop, The storyline starts in Japan in a place called Edo-era with the main character Fuu a young enthusiastic 15-year-old girl. It’s the best anime for beginners to watch.

She hires two samurai named Mugen and Jin who have crazy chemistry that shows through the entire anime. Both help Fuu in her search to find the samurai who smells of flowers. It’s the best anime to watch.

The series has 26 episodes in total with each episode taking them closer to their goal of reaching the flower-scented samurai. It’s the best anime to watch for beginners for a light watch.

If you love intense fight scenes between samurai, this anime will not disappoint you. The show also gives you an idea of how the city of Edo-era was during the 1800s. It’s the best anime for westerners to watch.

Fate/Zero takes its inspiration from the novel Type-Moon, which revolves around seven sorcerers who battle each other in a war known as the Holy Grail War and the winner of the Holy War is given a wish.

To win the battle the sorcerers are given the ability to summon characters to fight for them. It’s a great Japanese anime for beginners.

The characters summoned are legendary warriors throughout time, who are a combination of Historical Hero Knights to Demigods who are half-human and half god.

Each sorcerer has their own individual reason to be a part of the holy war. Watching them dish it out is quite entertaining. The fights between the summoned characters are intense with amazing animation to give you the best visual experience for this amazing storyline.

The anime was made by Ufotable, who’ve made other amazing anime like Demon Slayer. This anime consists of 25 episodes perfect for any beginner who is ready to dive into the world of fantasy and action. It’s the best anime for beginners to watch for fun.

Are you a fan of the series Vikings on Netflix or the animated movie Beowulf? this anime is my choice for you. Vinland Saga is almost all about that and more and especially for fans who want a more deep character-driven storyline during the Norse saga timeline.

In this anime, the storyline revolves around the main character Thorfin, who’s had quite a painful childhood that drives him to be a battle-hardened young man who is out for revenge. The anime shows Thorfinn’s pursuit of revenge and how he becomes the most feared on the battlefield.

All this while a battle of epic proportions was set in the background between Viking and England. Many other characters join the battlefield that changes the fate of this young warrior. It’s the best short anime for beginners.

The anime is packed with action with amazing animation and intense moments that make it worth watching. Also, the dialogue shared between characters is another reason for this anime’s successful storyline.

The show has 24 action-packed episodes with a second season under production if reality-based historical storylines are your thing. This anime will take you through an in-depth experience of what it was like during the Viking era.

Try watching it as it’s the best anime for beginners in adventure and action genres.

This anime takes its inspiration from the popular boxing series Ashita no Joe, the storyline of the anime takes place in the future where the era is ruled by boxers. These boxers are equipped with specialized mechanized fighting tools known as Gears.

Different special gear is worn by boxers on their upper backs which are then connected to each individual arm. This enhances the fighter’s performance, making each fight lethal and deadly to both contenders.

The storyline revolves around a young boxer who is known throughout the series as Junk Dog. His desire is to rise from the underground fighting league and become the best Megalo Boxer.

The animation is on par with the bold storyline and does justice to every fight scene in the anime. The story of this underdog is really quite something else and is a great sci-fi representation of boxing.

The show is a hit among sports fans who like to know the inside story of the athletes and their fight to reach the top. Megalo Box is one of the best anime for beginners.

The anime consists of 26 solid episodes each packed with amazing boxing action and breath-taking futuristic animation.

We’ve been all about action for so long, here’s an anime for all your horror fans who love supernatural elements in their storyline. Parasyte the Maxim is my choice for you that will hypnotize you into their world of the supernatural.

The storyline revolves around a teenager in high school Shinichi Izumi who bonds with a supernatural creature called a parasite who feeds on human flesh. This parasite has a mind of its own, allowing it to act by itself from Shinichi’s body.

The parasite is named Migi, who helps Shinichi in his battle against other parasites out to consume him and other humans. The anime is loved by fans who like shows with elements of thrill and horror with a twist of many psychological elements.

The show has 24 episodes with an array of different psychological themes, through the eyes of humans and the morality between species. The anime puts together many elements in-between a background of intense scary horror elements.

If you’re looking for an anime that will keep you thrilled and hooked to the storyline. This anime will give you the creeps while still keeping you entertained.

This anime is very similar to the storyline of Cowboy Bebop, which involves two young brothers known as the FullMetal Alchemist. This anime became a hit among many and is an iconic and influential masterpiece seen in today’s world.

The storyline involves the two brothers, Edwards and Alphonse who are amateur alchemists. Who try to heal their wounds that were inflicted from an ill-fated alchemy ritual that goes terribly wrong. It’s one of the best anime for beginners.

The series has mind-blowing animation with intense fight scenes and action, with extraordinary characters. The storyline is an emotional roller coaster that is sure to have your heart. Though there are many episodes in the two youngsters’ stories.

This is a perfect anime for you to start with to show you the reason why animes are famous. It’s the best slice of life anime for beginners.

This is a recently released anime that became a favorite among youngsters and adults all around the world with weekly new episodes. My Hero Academia is definitely the best anime for beginners.

The storyline revolves around a young boy who is born into a world of superheroes and very few of the people in the world have no powers and the majority of them do.

Watching how this character grows and deals with this problem and how he joins the academy for superheroes is truly inspiring. This anime is my personal favourite and the best anime for beginners that I’ve ever watched.

I hope you loved my recommendations for the best anime for beginners. Cheers and have a great time binge watching them.