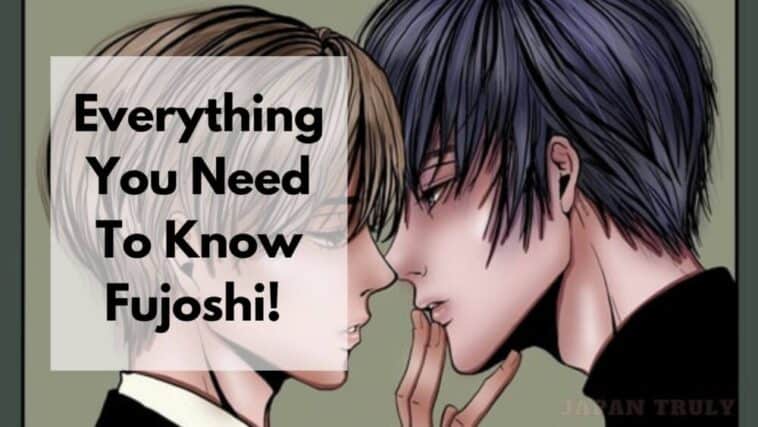 If you’re a Fujoshi or just are a little curious about who is a Fujoshi – this blog explains all about Fujoshi. Read on to find out!

Are you a newbie to the anime and manga culture? Then you might have probably come across foreign words like “Fujoshi” and “Yaoi”. If you want to know what those words mean, keep reading down below!

The Japanese entertainment fandom is full of subcultures that are split and scattered based on their preferences. We have a Japanese subculture called the “Otakus” which is a term to refer to anime geeks and we also have other Japanese terms like “Fujoshi” and “Yaoi”.

Fujoshi can be classified as a subculture of the Otakus since they’re also engrossed in anime and manga. However, the entire subculture of Fujoshi is surrounded by controversies and criticisms which have caused some groups of people to avoid them.

If you wish to study what’s exactly behind the idea of Fujoshi, then check out down below because we’ve brought you everything you need to know.

Everything You Need To Know About Fujoshi

Fujoshi is a popular Japanese slang term in otaku culture. The word has three kanji letters (腐女子) and it means “spoiled girl”. The word Fujoshi can also have another meaning when the first kanji letter is altered and this would mean “respectable woman” or “married woman”.

But why are both terms referred to as Fujoshi? It’s just a concept of double meaning that even married or respectable women can be Fujoshis as in “spoiled girls”.

However, the word Fujoshi with the kanji letters (腐女子) is a reference to an Otaku subculture and is a derogatory term.

It’s a term used to refer to women who are captivated by anime and manga content that portray romantic and sexual relationships between gay men. Now you might have a slight idea as to why Fujoshi is a controversial topic.

Furthermore, Fujoshi girls aren’t only prevalent across the anime and manga fandom. They can also be women who are fantasizing about gay men in a romantic or sexual relationship without being a spectator of a specific anime or manga.

Fujoshi women can be all across the world. While some Fujoshi girls expose their fantasies and preferences on social media, others have their identities concealed since the concept of Fujoshi is a matter of dispute.

Fujoshi And The Yaoi

When speaking of Fujoshi you can’t rule out Yaoi, as Fujoshi is just the fanbase while Yaoi is the entertainment material itself.

Yaoi is a Japanese term that describes the genre of homosexual relationships between men in the Japanese entertainment industry. Since Fujoshi love every nook and cranny of romance between men, they mostly indulge in Yaoi anime and manga.

However, presently Yaoi is a separate genre that caters to the preferences of Fujoshi women. There are also subgenres within the Yaoi genre which we’ll discuss in a little while.

In addition, every genre of Yaoi anime and manga doesn’t display sexual and explicit content. Sometimes it can just be a romantic relationship between two men without any depiction of sexual content.

It’s also best to mention that not all Fujoshi women are looking for gay sexual content in anime and manga.

Most Fujoshi women are just fans of watching two men having a loving romantic relationship.

Yaoi And Its Subgenres

We mentioned above how Yaoi is the go-to entertainment material for Fujoshi women. Yaoi also has a few subgenres that depict the romantic relationship between gay men in distinct ways. Let’s find out what those subgenres are right below.

Yaoi – Let’s begin by speaking about the main genre itself. Yaoi is also known as “Yama Nashi, Ochi Nashi, and Imi Nashi. In English this means “no plot” or “no climax” which ultimately means that the Yaoi content has no real plot.

Boy’s Love – Boy’s Love or BL is a subgenre that depicts homosexual romantic content. It was initially introduced in Japan in the early 90s and it was then referred to as “Shojo Manga”. BL is one of the loved subgenres of Fujoshi women and most BL anime and manga depict romantic relationships between gay men rather than sexual content.

Bara – Bara aka Men’s Love is a popular subgenre that has entertainment content that depicts both romantic and sexual relationships between gay men. Most Bara content is produced by gay men for gay men but they’re also viewed by Fujoshi women as well.

Shonen-ai – This is another popular subgenre loved by the Fujoshi. It usually produces content that features romantic relationships between young teenage boys. Shonen-ai anime and manga may contain explicit scenes but they’re more focused on showcasing the hardships and the innocence of love between two gay boys.

The Origin of Fujoshi

The term Fujoshi is a derogatory word as we know it and it’s believed that the word came to be during the late 90s especially when Yaoi content was prevalent at the time.

Initially, the term Fujoshi was used as an insult to refer to girls who were fond of reading romantic novels that involved homosexual relationships between men.

The first-ever usage of the word “Fujoshi” was reportedly dated back to 2005 in an online forum named 2channel which used to be a popular community for anime and manga enthusiasts.

Since homosexuality was uncommon in the Japanese culture during the time, Fujoshi was used as a misogynistic term to refer to girls who are obsessed with watching two men being in love.

Why Are Fujoshi Women Fond Of Gay Romance?

Anyone would be confused when learning about Fujoshi women and their obsession with romance between male couples. Because it’s unnatural to see straight females going crazy over homosexual content.

However, there are several convincing reasons why Fujoshi are overzealous toward gay romance.

We’re talking about a group of women who find romantic or sexual relationships between men captivating, and it’s definitely a controversial topic, especially in a conservative country like Japan.

It’s widely presumed in Japan that any kind of sexual content must be restricted to children and teenagers and homosexuality is a big no among Japanese elders. Hence, the Fujoshi are considered to be a disgrace to society by some people in Japan.

And it doesn’t only stop in Japan. When Yaoi materials were made available in foreign countries, many people found them too disturbing as they contain elements of abuse and rape.

Even the LGBTQ community thinks Fujoshi to be objectifying and fetishizing gay men which have stirred up even more controversies.

All About Fujoshi: FAQs

What makes a person a fujoshi?

Fujoshi is a Japanese slang word that means “spoiled girl”. It’s a popular derogatory term used to refer to females who’re fans of entertainment content that depict romantic and sexual relationships between gay males. When a woman obsesses over gay men being involved in intimacy, then she becomes a fujoshi.

Is Fujoshi a bi?

Fujoshi is a common Japanese slang term that’s used to address a female fan of Yaoi anime and manga. Yaoi is a genre that portrays gay men being involved in romantic and sexual relationships which are specifically catered toward Fujoshi.
Fujoshi can either be straight females or even bi or lesbian females and they can have different preferences as well.

How popular is BL in Japan?

BL is a popular term in the Otaku culture in Japan and it stands for Boy’s Love. It’s a sub-genre within the Yaoi genre that usually portrays intimate relationships between two males. It’s a popular entertainment category in Japan that’s loved by Fujoshi. 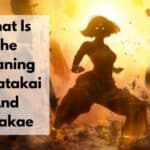